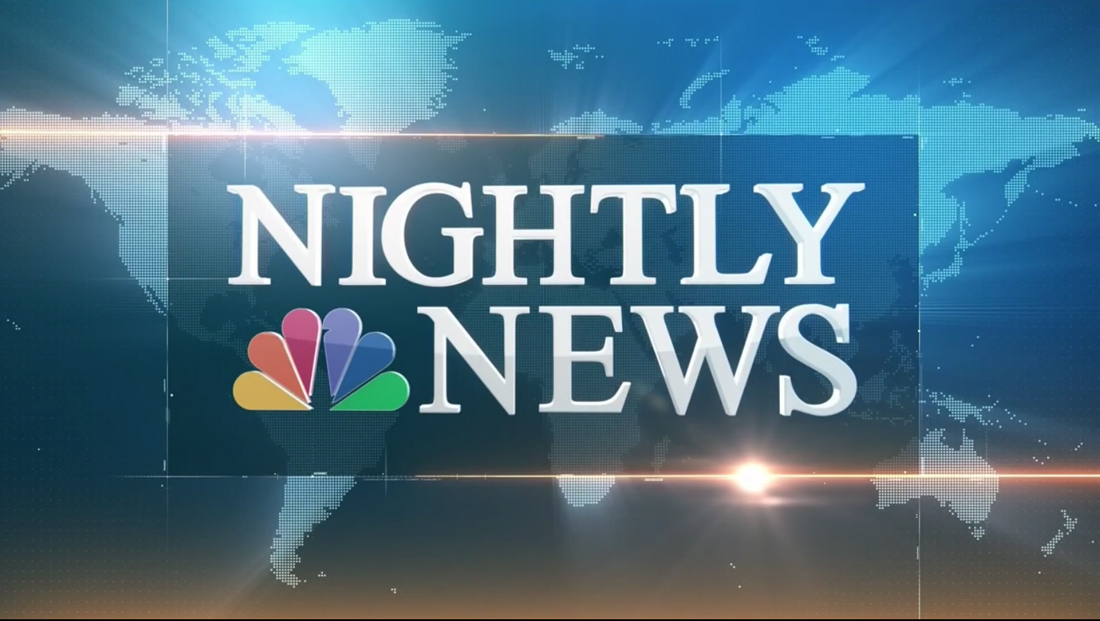 Like the previous opens featuring a 3D rendering of Rockefeller Center, both opens remove any visual references to an anchor’s name.

In this case, this means José Diaz-Balart and Kate Snow’s names are included in the announce but do not appear on screen during the open.

Before the pandemic, Diaz-Balart would typically travel from Miami to New York to anchor, but this has been reduced. Snow also originates from an alternate broadcast location and her Dec. 6, 2020, edition also included graphics on the video panel behind her that showcased images of the show’s set sporting topical OTS style graphics on the video walls, instead of the generic looks of the studio that were used behind weekday anchor Lester Holt for a period.

Diaz-Balart’s Dec. 5 edition used a video loop of the network’s New York City newsroom that had been used by Holt for some time.

Visually, both Diaz Balart and Snow’s opens are largely identical to the ones used during Holt’s editions but removes his name from under the logo.

The result is a bit more “breathing room” for the “Nightly” logo that appears to make the logo itself “fit” better in frame created with thin lines.

“NBC Nightly News” still includes Holt’s name in the title used on most programming grids for weekend editions (just like “ABC World News Tonight” still uses anchor David Muir’s name on weekends), which is a common strategy to help boost overall viewership numbers since most rating data requires the show’s names to be identical to count toward any combined totals.

Although ABC and NBC weekend editions get abbreviated or pre-empted fairly frequently due to sports coverage, CBS’s coverage of SEC games (at least under a non pandemic schedule) causes the show to disappear from the schedule for all but the western U.S. time zones from September to December, meaning any additional viewers it brings in wouldn’t have a significant impact on total week numbers if it had a matching name as the weeknight editions on programming guides.