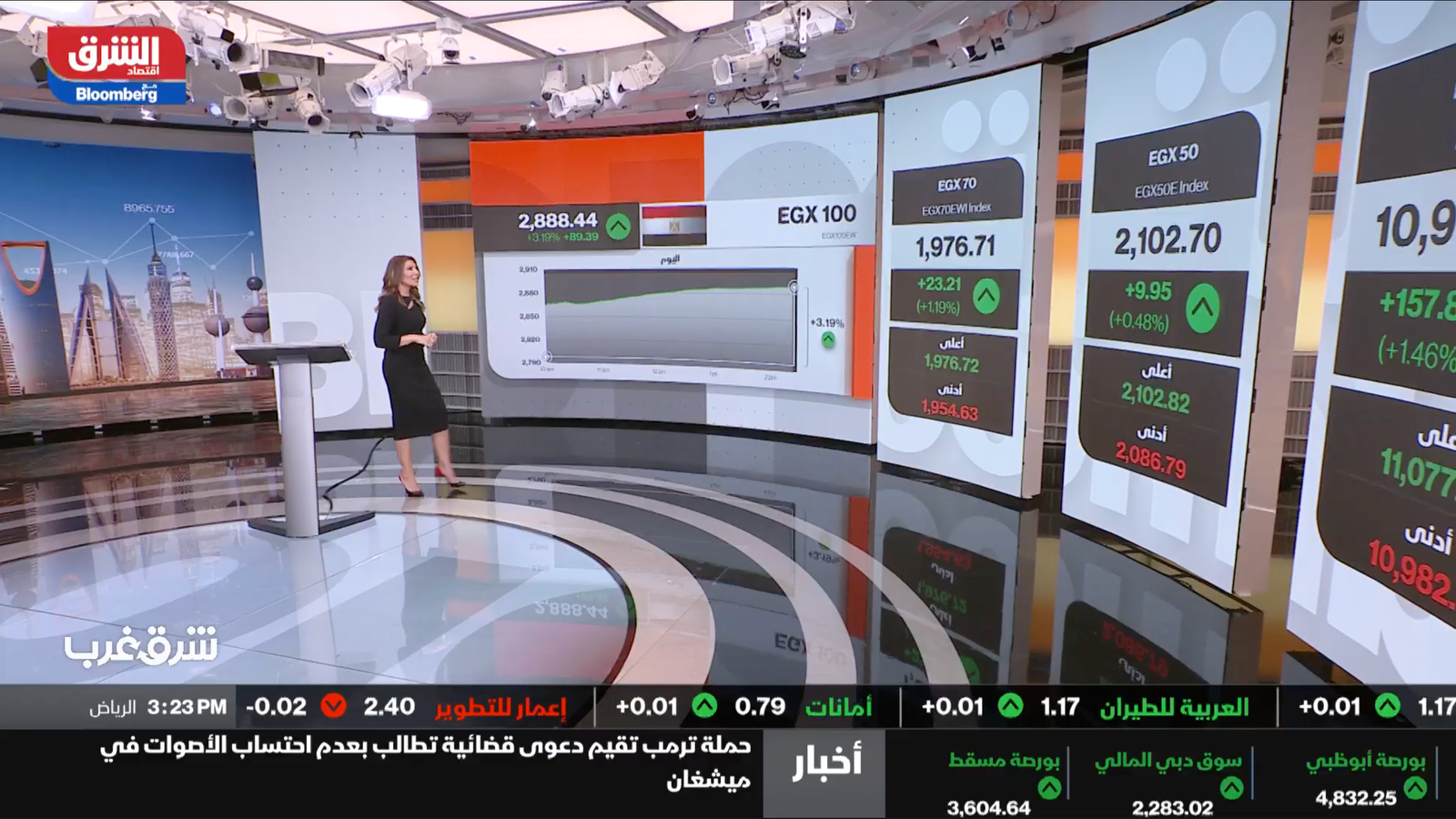 Asharq News (الشرق) has launched with one of the most advanced graphic infrastructures in the Middle East powering the cross-platform economic and political news service.

Based in Dubai at the Dubai International Financial Center and an affiliate of Bloomberg, Asharq is part of the Saudi Publishing and Marketing Group.

For the network, Astucemedia was chosen to provide graphics and data integration with motion design from Myreze and Vizrt powering playout.

“The Asharq News project was one of the most challenging projects with regard to scale, ambition and deliverables,” said Alexandre Leclerc, CEO of Astucemedia.

“The key was to seamlessly integrate real-time data in various shows while also being creative with data visualization. The channel’s partnership with Bloomberg is critical to this project; we had to be mindful of creating a new brand identity for Asharq News that can easily adapt to the business need of displaying the Bloomberg data and content.” 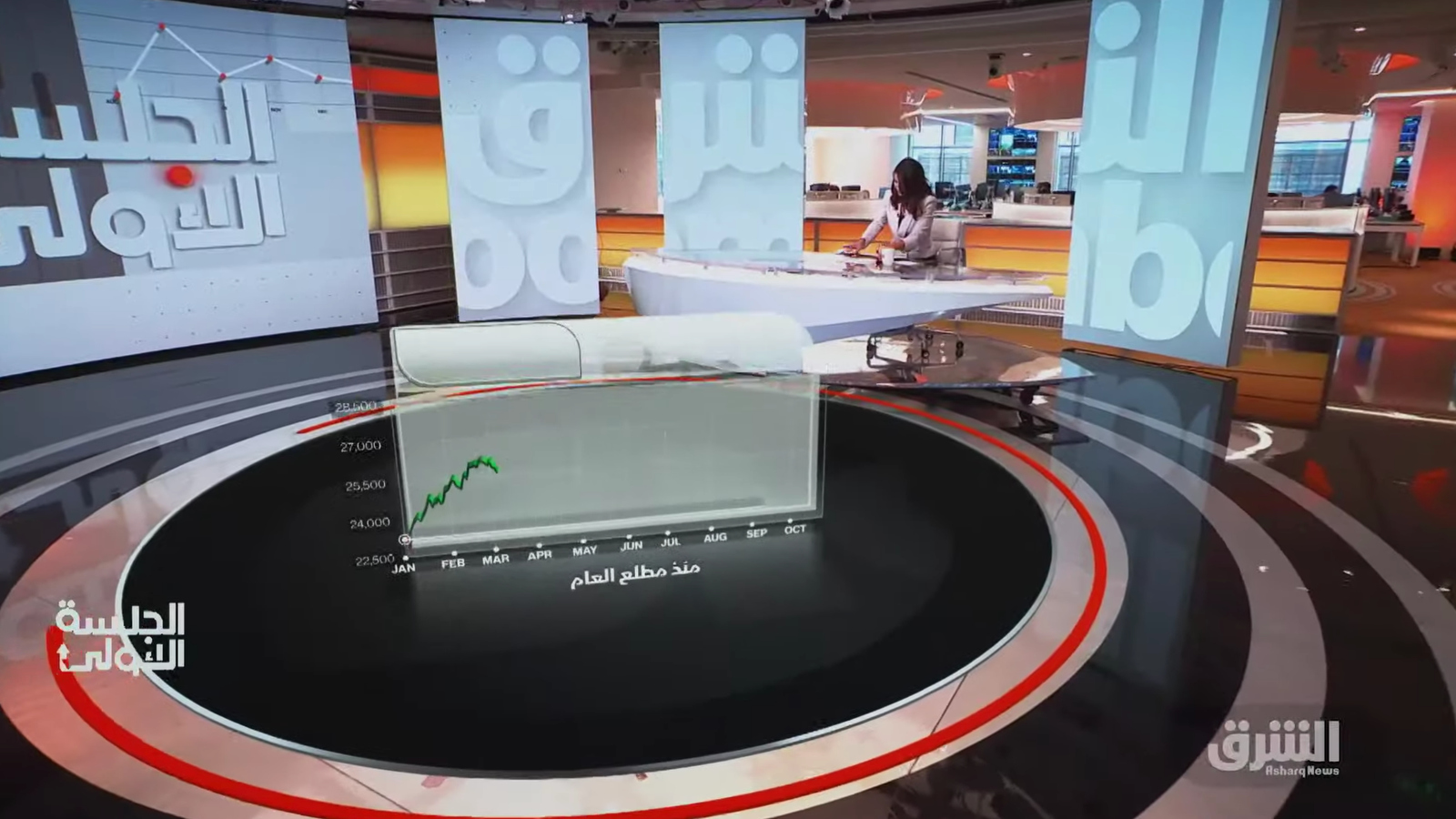 The new facility’s atrium, designed by Clickspring Design, is also outfitted with real-time graphics from Astucemedia, displaying stock quotes on 1,527 LED tiles floating in the space.

“Astucemedia has equipped Asharq News with a state-of-the-art digital infrastructure that is unique in the region, especially in terms of the latest graphics, augmented reality and virtual reality systems as well as a motion-tracking system that allows high fluidity while displaying visual content,” noted Dr. Nabeel Al-Khatib, General Manager of Asharq News.

“For the first time in the region, Asharq News has implemented complete IP technology – the future of the broadcasting industry – on an ST2110 TV broadcast system scale,” he added.

Astucemedia also provided Asharq News with a data platform to support more than 40 stock markets around the world with 10,000-plus security subscriptions for real-time updates, part of a larger relationship with Bloomberg. Through the system, real-time data with live quotes and data for charting can be integrated into the network’s various coverage.