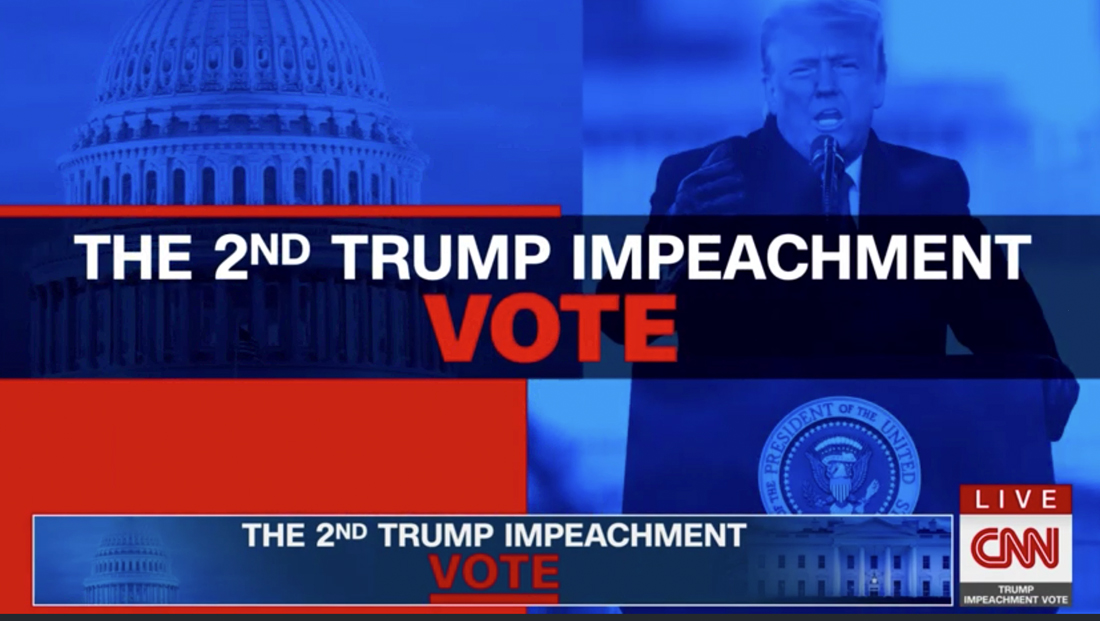 The broadcast and cable networks appear to be largely reviving their previous impeachment branding looks Jan. 13, 2021, ahead of the expected second impeachment of Donald Trump.

As of the morning of Jan. 13, the cable networks are devoting heavy coverage to the activity on the House floor, but the broadcast networks have not broken in with coverage — and likely won’t do so until the formal vote starts,

Below is a look at the looks being rolled out Jan. 13 along with comparisons from coverage of the first vote and trial. This page will be updated as new looks make it to air.

ABC broke into the network feed in most markets in mid-afternoon Jan. 13.

The on screen graphic displayed the name “Donald J Trump” (without a period on the middle initial) but the announcer only said “Donald Trump.”

Fox Media’s cable network has been branding its impeachment vote coverage under its standard “Alert” branding.

While voting on articles of impeachment and a trial are distinct functions, most networks used similar looks for both, just changing up what words appeared on screen.

This time around there appears to be a key emphasis, at least from a visual standpoint, on this being the “second” impeachment, where that’s being spelled out or with an ordinal indicator (“2nd”).