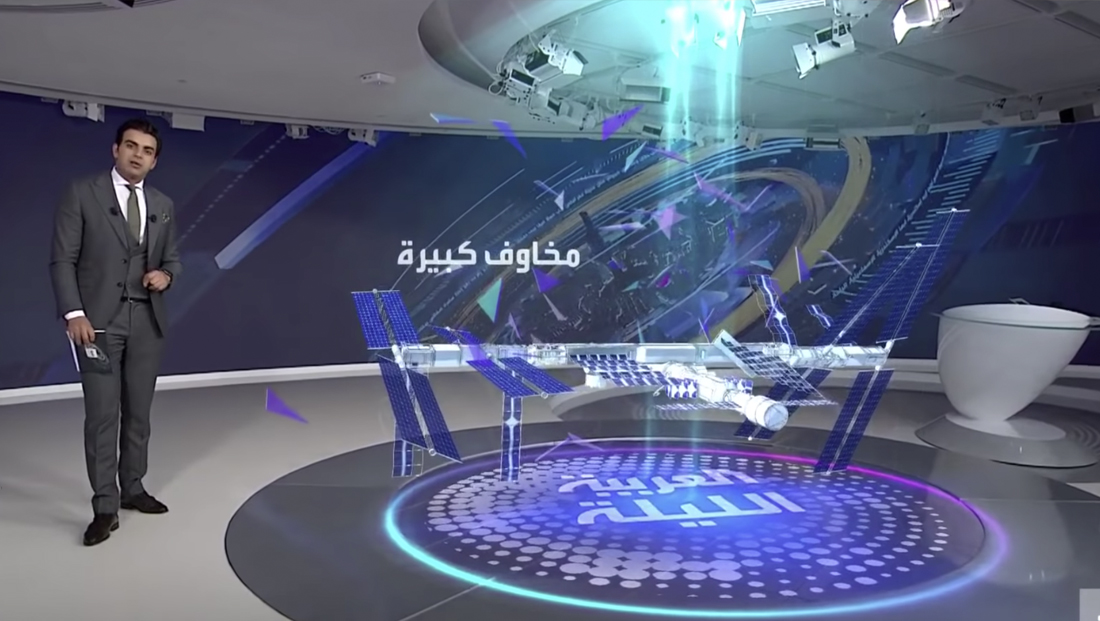 The segment was part of a daily AR feature that the Arabic network includes in its newscasts on a wide variety of topics.

The network uses Vizrt technology and the Viz Engine to render these explainers in real-time, live on air, unlike most immersive mixed reality segments today.

Many immersive explainers are not done live and go through heavy pre- and post- production (Al Arabiya also produces segments using that approach).

The segment was produced from the network’s sprawling newsroom studio that was designed with AR in mind.

During the explainer, the talent appears standing in front of one of the facility’s large video walls as a 3D model of the ISS floats to one side over the circular LED floor installation.