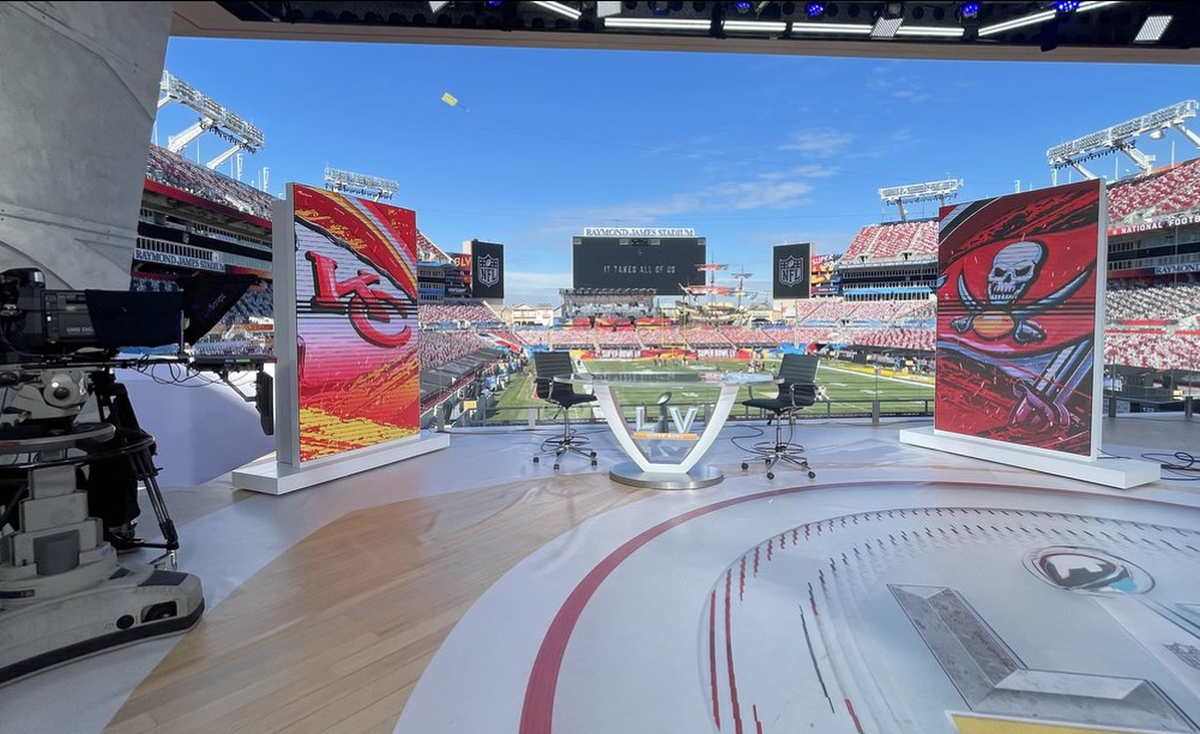 For its coverage of Super Bowl LV, CBS Sports had to adjust to the new normal for broadcasters with a different approach to its on-site studios.

“It was definitely an adventure, a very challenging experience,” noted Harold Bryant, EP and EVP, production, CBS Sports. “It took a lot of teamwork and dedication to pull this thing off.”

Starting work over a year ago with location scouting and planning in Tampa, CBS Sports had no idea what was ahead for its second Super Bowl production in two years.

In order to pull off the production, the team had to rely on virtual site visits and even surveys via Zoom for the broadcast locations at Raymond James Stadium.

For the game, two sets were created inside and outside of the stadium with designer partner Jack Morton Worldwide, led by Andre Durette.

“We went into this wanting to incorporate the look and feel of Tampa and what they were focused on for the Super Bowl,” said Bryant. “The sand, the water the sun and the earth.”

Working on the assumption the game would have limited or no fans, the set location outside the stadium was turned into the background along with a variety of Tampa-themed elements including a giant sand sculpture. 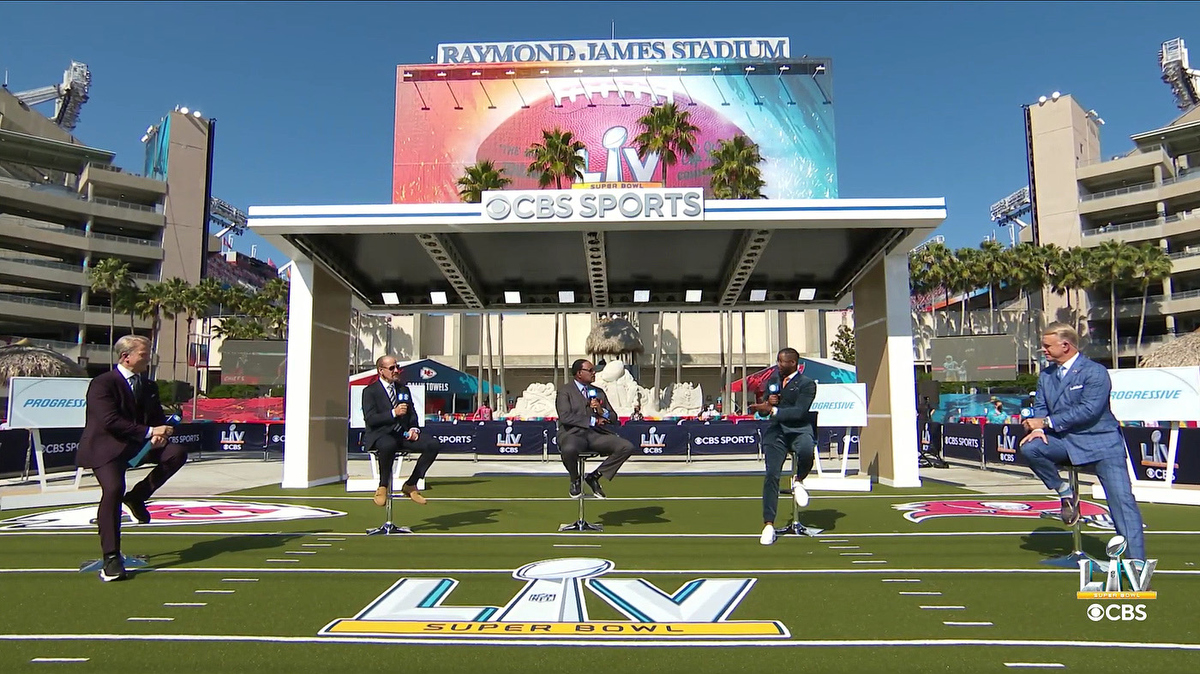 Inside the stadium on the concourse, a temporary structure was created by Filmwerks with proper spacing for a full desk with social distancing. 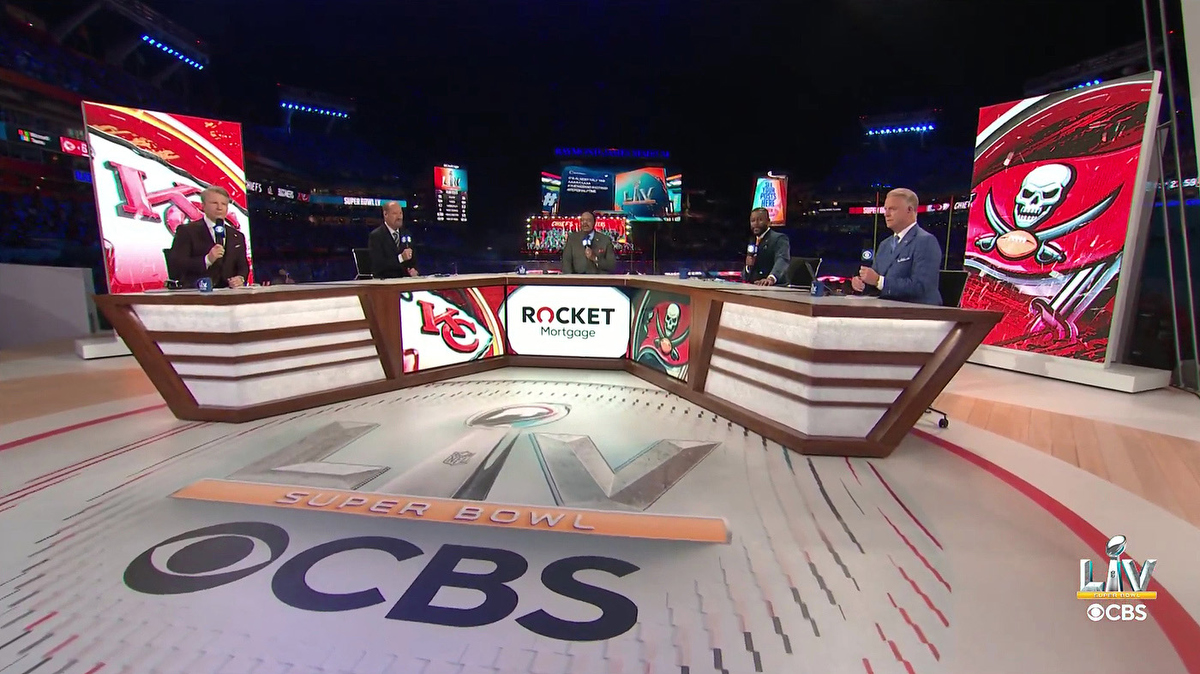 “The large horseshoe design desk and fixed roof design, a first, are meant to feel warm yet modern,” said Durette, who notes the structure and set were designed to feel holistic and to blend with the stadium architecture. Local accents were also incorporated including a material palette inspired by wooden ships and the Sunshine Skyway Bridge. 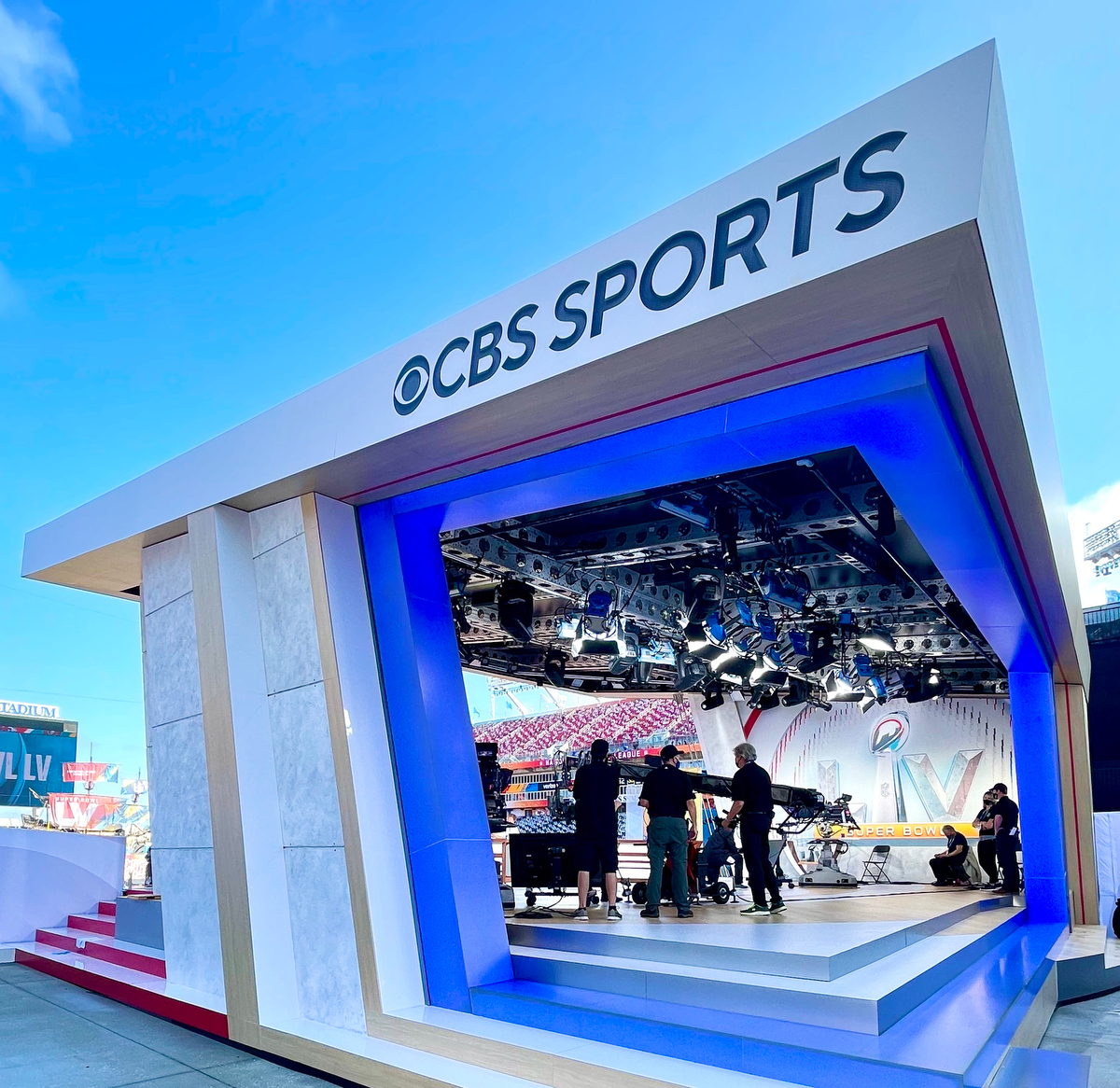 The most unique piece of the space was the illuminated proscenium, created from an angled lightbox wall that framed the main desk and Neoti LED display technology.

A secondary desk was also used in the build-up to the game with the main desk configurable based on the number of analysts.

As the game approached CBS also learned lessons on working with reduced staffing, down about 15 percent over a normal Super Bowl. Building of the structures and sets had to start earlier and each piece of the scenic puzzle had to occur in phases with staffing carefully coordinated.

Moving forward, Bryant notes there are lessons that can apply to future events including the number of people that could potentially work remotely and the detailed nature of scheduling.