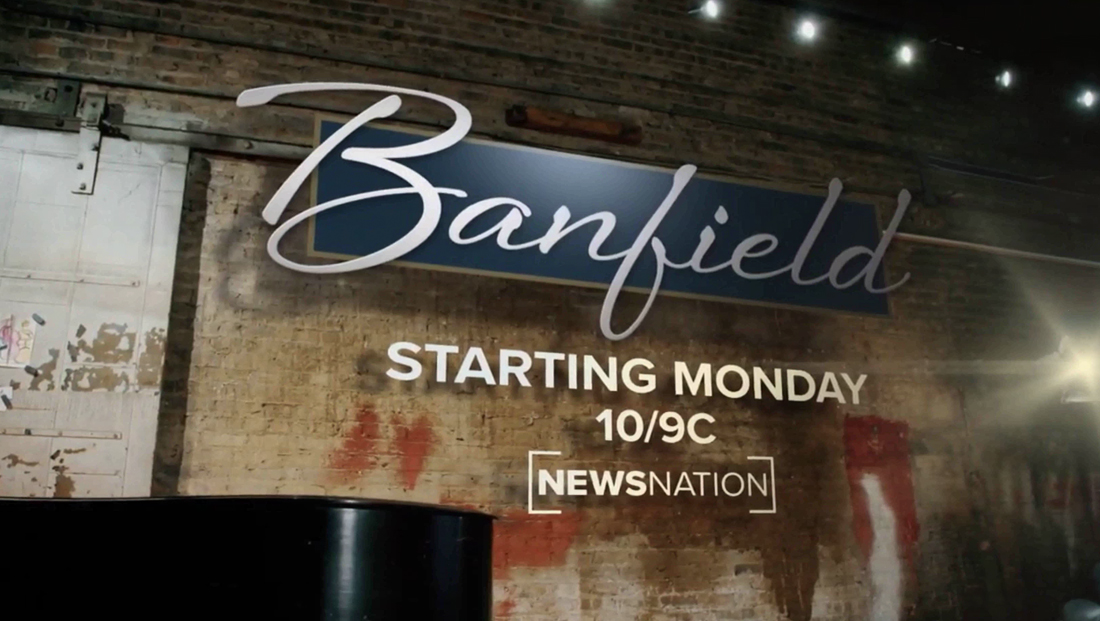 Nexstar’s “NewsNation” — the show — is readying for the debut of NewsNation — the channel.

Along with those changes comes new programming — and the newscast has been running a variety of promos for the new lineup.

“NewsNation” (the newscast) began life in Sept. 1, 2020 as a three hour primetime newscast on the channel soon-to-be-formerly-known-as WGN America.

The show hasn’t exactly resonated in the ratings and come March 1, the network will, along with a name change, shuffle and add talent.

Joe Donlon, who currently serves as one of the three co-anchors of the newscast currently known as just “NewsNation” will move to 7 p.m. eastern for “The Donlon Report.”

Donlon’s show has a logotype created using a geometric sans serif with a box around it that alternates between white and gold.

His former newscast is being renamed “NewsNationPrime” and will run 8 to 10 p.m. eastern (its original timeslot was 7 to 10 p.m.) with remaining anchors Marni Hughes and Rob Nelson staying put.

In place of that final hour will be “Banfield,” a new show featuring former NBC and CNN correspondent Ashleigh Banfield.

“Banfield,” which will be produced in Connecticut, uses a handwriting style logo, and is being heavily promoted in spots shot in a loft-style space. 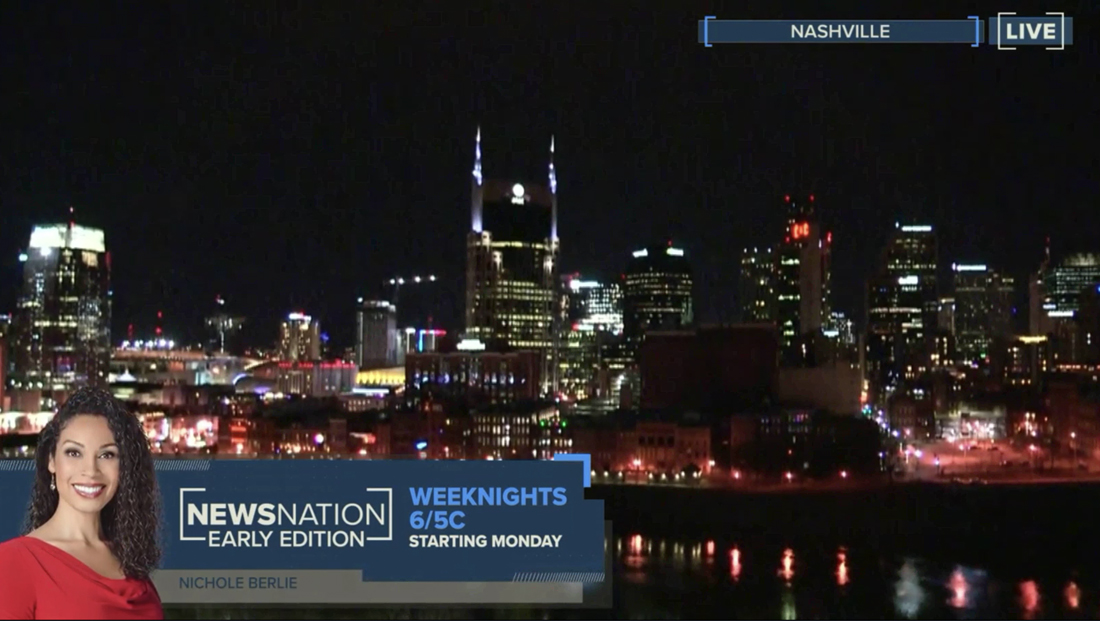 ‘NewsNation Early Edition,’ along with ‘Banfield’ and ‘The Donlon Report’ have been promoted during the primetime newscast with snipe-style graphics used when going to breaks.

Since the beginning, Nexstar has gone out of its way to bill NewsNation as bias free — but came under fire recently when it was revealed the company hired former Trump adviser and Fox exec Bill Shine as a consultant.

The company issued a statement denying Shine’s role had any effect on editorial decisions.

Under the new channel name, NewsNation (the channel) will continue to air repeats of shows such as “JAG” and “Last Man Standing,” but the decision to rebrand the channel as “NewsNation” could also signal a shift in devoting all or more of its schedule to news.

Other station groups, including Sinclair, Cox and Gray, are also working on national news offerings that will leverage their location stations’ content.

“NewsNation” (the show) has delivered weak ratings — dropping to lows of around 50,000 viewers — including an average of 95,000 viewers on election night in November 2020.

By comparison, the broadcast station WGN, which is only available in the Chicago metro area, drew 241,000 viewers that night and legacy cable networks had numbers in the millions.

That said, Nexstar has the advantage of being able to cull content from its nearly 200 stations across the country, giving this exclusive video and reporting a second life on a national stage. “NewsNation” also has regional correspondents and produces its own interviews, investigations and other stories.

By adding “Donlon” and “Banfield,” the network is branching out into generating more of its own original content, given the debate, talk and interview formats of the new shows.

News and current event talk shows like these also tend to be some of the most inexpensive television to produce, so the model could end up working out in Nexstar’s favor, especially if it is invested in long term growth.