‘America’s Most Wanted’ returns to Fox with AR, digital avatars at the forefront 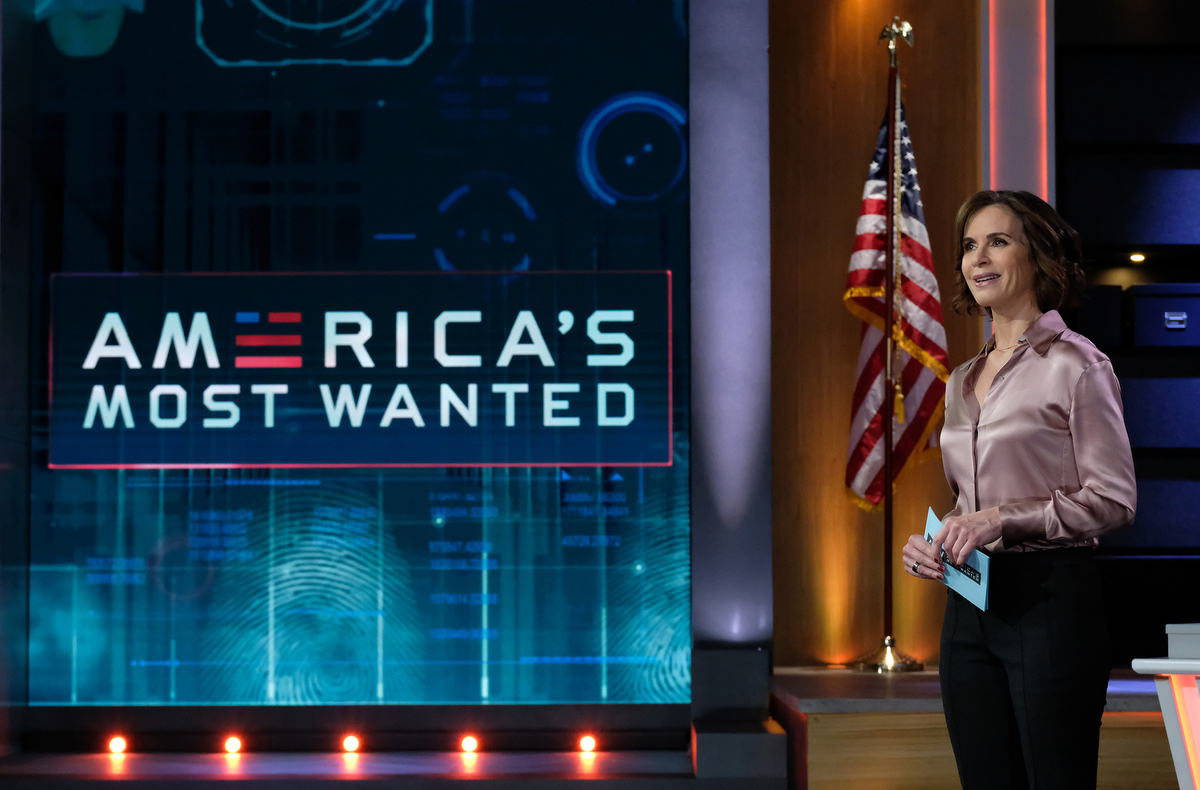 Ten years after wrapping up its run on Fox, “America’s Most Wanted” is back on the air bolstered by a new collection of storytelling technology.

Hosted by Elizabeth Vargas after a 25-year run under John Walsh, the show mixes life-size digital avatars with augmented reality overlays and a staple of the original show: dramatic reenactments.

Filming at Illuminate Hollywood in Studio City, California, the show’s set was designed by James Pearse Connelly to be a canvas for the augmented reality elements throughout the broadcast while giving the sense of a police precinct.

This effect is similar to “First Responders Live,” also from Fox, which prioritized AR elements in-studio.

File boxes and faux storage racks with dramatic light scallops surround a high-tech workspace for the show’s primary analysts, Paul Holes and Yodit Tewolde. Meanwhile, interspersed throughout the space, a variety of extras are featured answering phones and working on cases, a throwback to the original program. 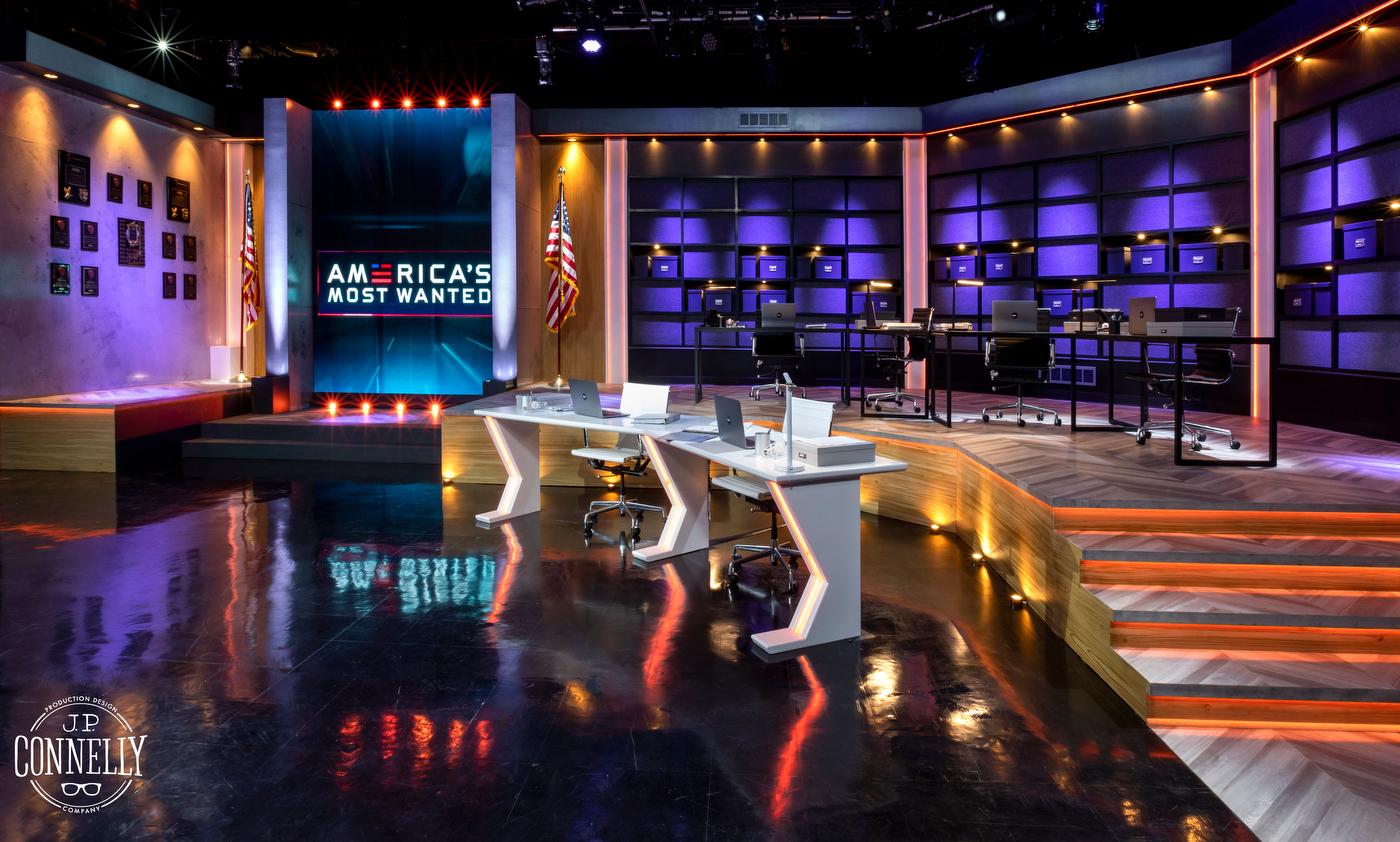 The set of “America’s Most Wanted” on Fox. Photos courtesy of JPConnelly.

A tiered riser creates depth on set, surrounded by walls adorned with American flags and plaques, another nod to a precinct.

Technology-wise, the studio includes one large vertical LED display, with the majority of graphics appearing through AR.

Powered by Zero Density with rendering from the Unreal Engine, the show’s augmented reality was designed by the team at CGLA Studios.

The hallmark element, appearing both in-show and across social media, are the digital avatars.

These recreations of fugitives from cold cases imagine what they might look like today using age-progression technology while allowing Vargas and the analysts to quickly swap characteristics like hairstyle and beards. 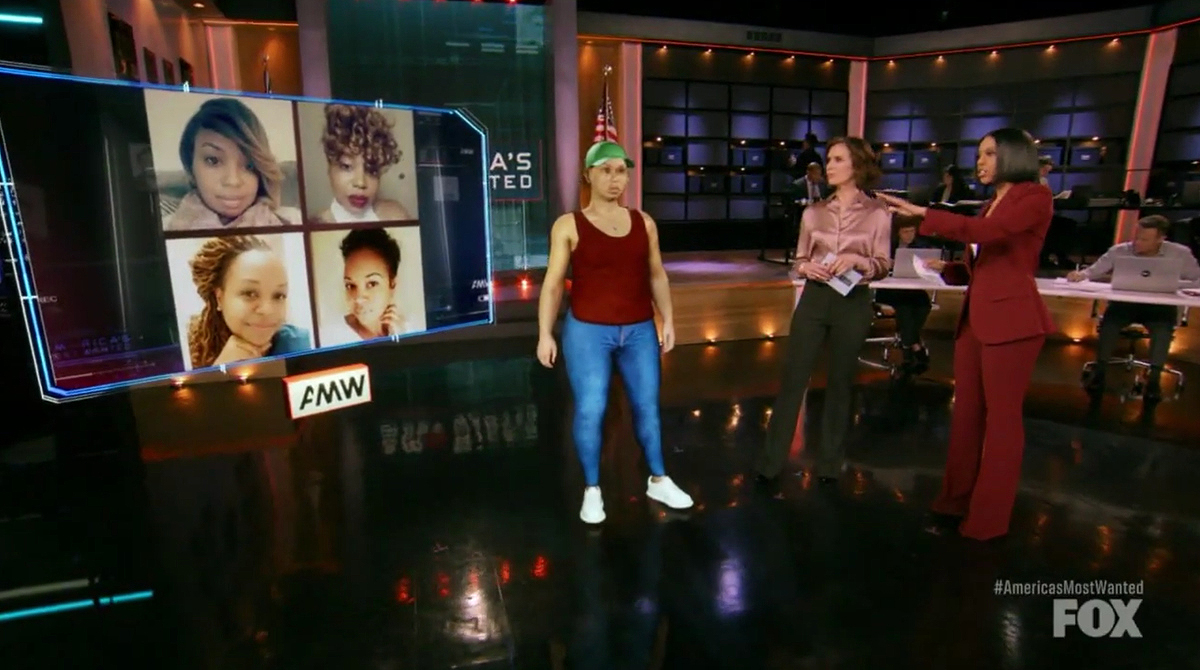 Volumetric body scans and avatars have become common in sports, but this is one of the first programs to embrace the technology for this type of storytelling.

Augmented reality is also used for a floating fugitive tracker and a variety of informational boxes. 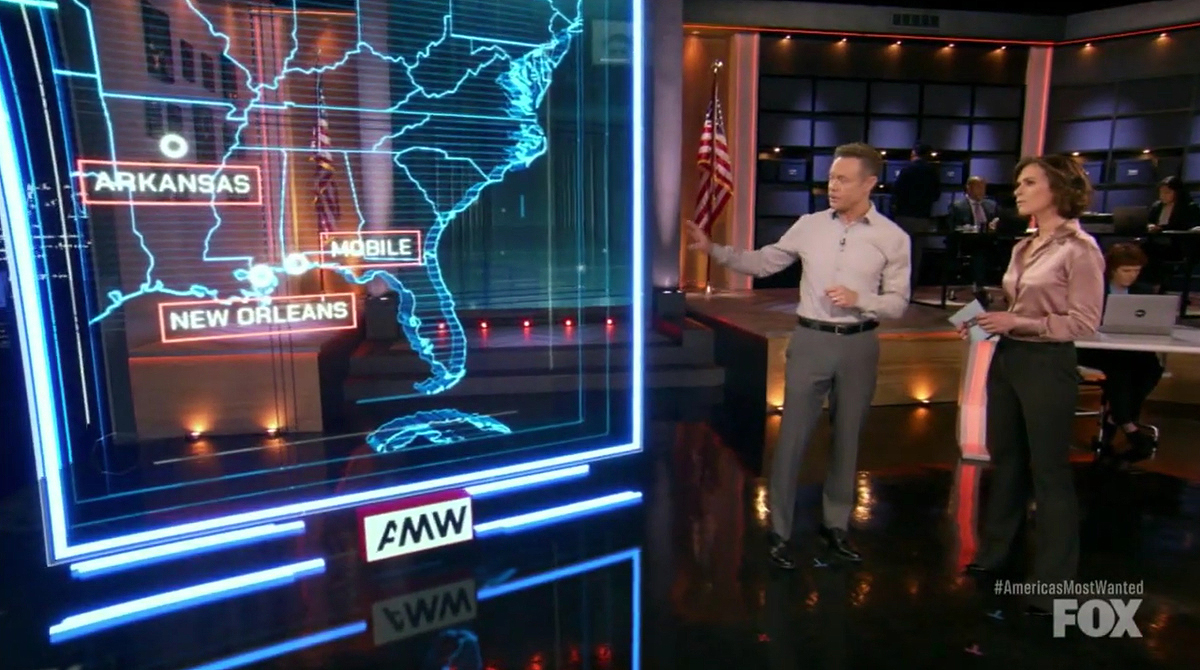 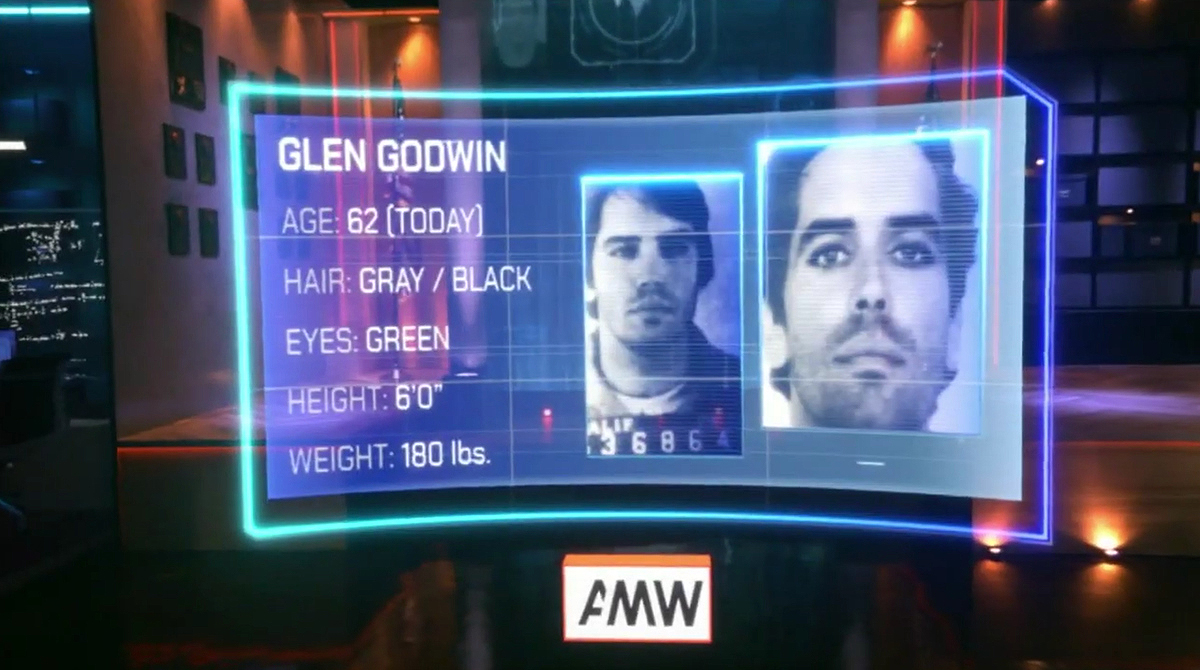 These graphics, along with the show’s main package, channel the larger map from the original show set while also feeling futuristic.

“America’s Most Wanted” is produced by Fox Alternative Entertainment and XG Productions.