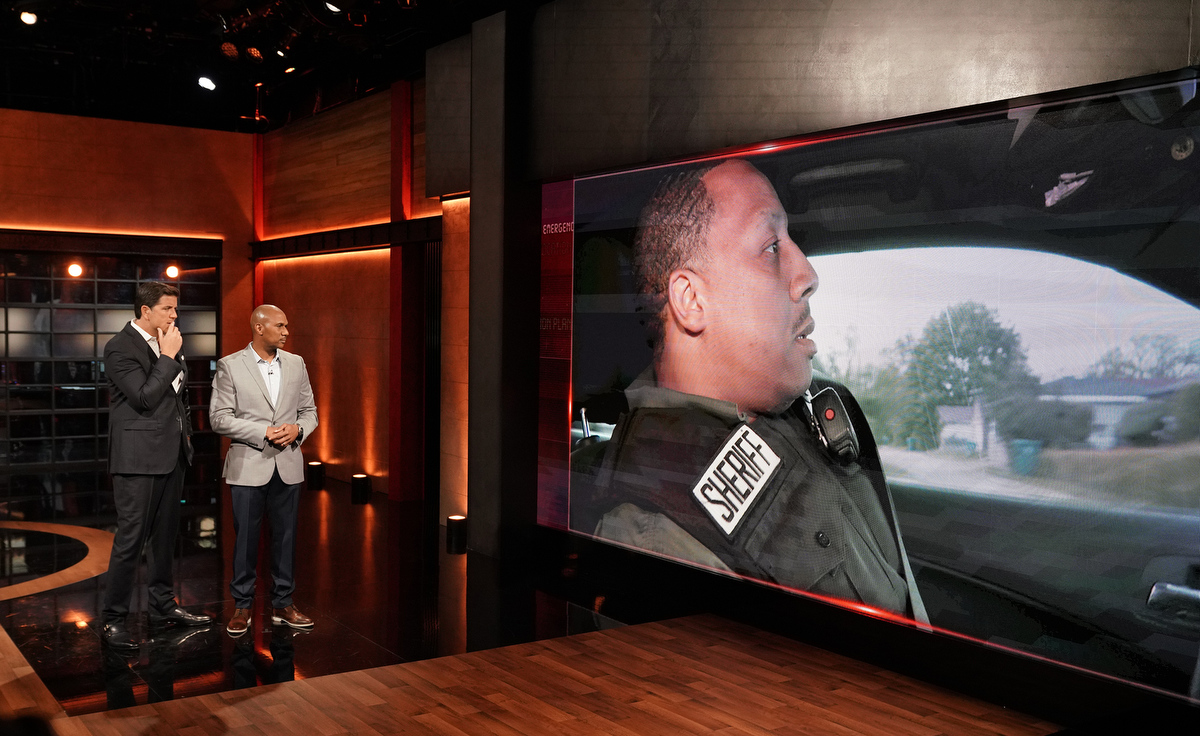 Similar to AE’s popular “Live PD” program, Fox’s version follows fire, police and paramedics in the field; however, the show may not actually be “live.” For one, the show airs live only on the East Coast for one hour a week. That’s a pretty small window for “disaster to strike.” Secondly, it’s noted at the beginning of each airing that “some segments were previously recorded.”

What the show lacks in time, it makes up for in storytelling, packing the latest in augmented reality technology into its Los Angeles studio to help toss viewers into each situation.

The overall studio space was designed by JP Connelly, creating a modern control center for host Josh Elliott — formerly of “Good Morning America” and CBSN — and his accompanying experts. 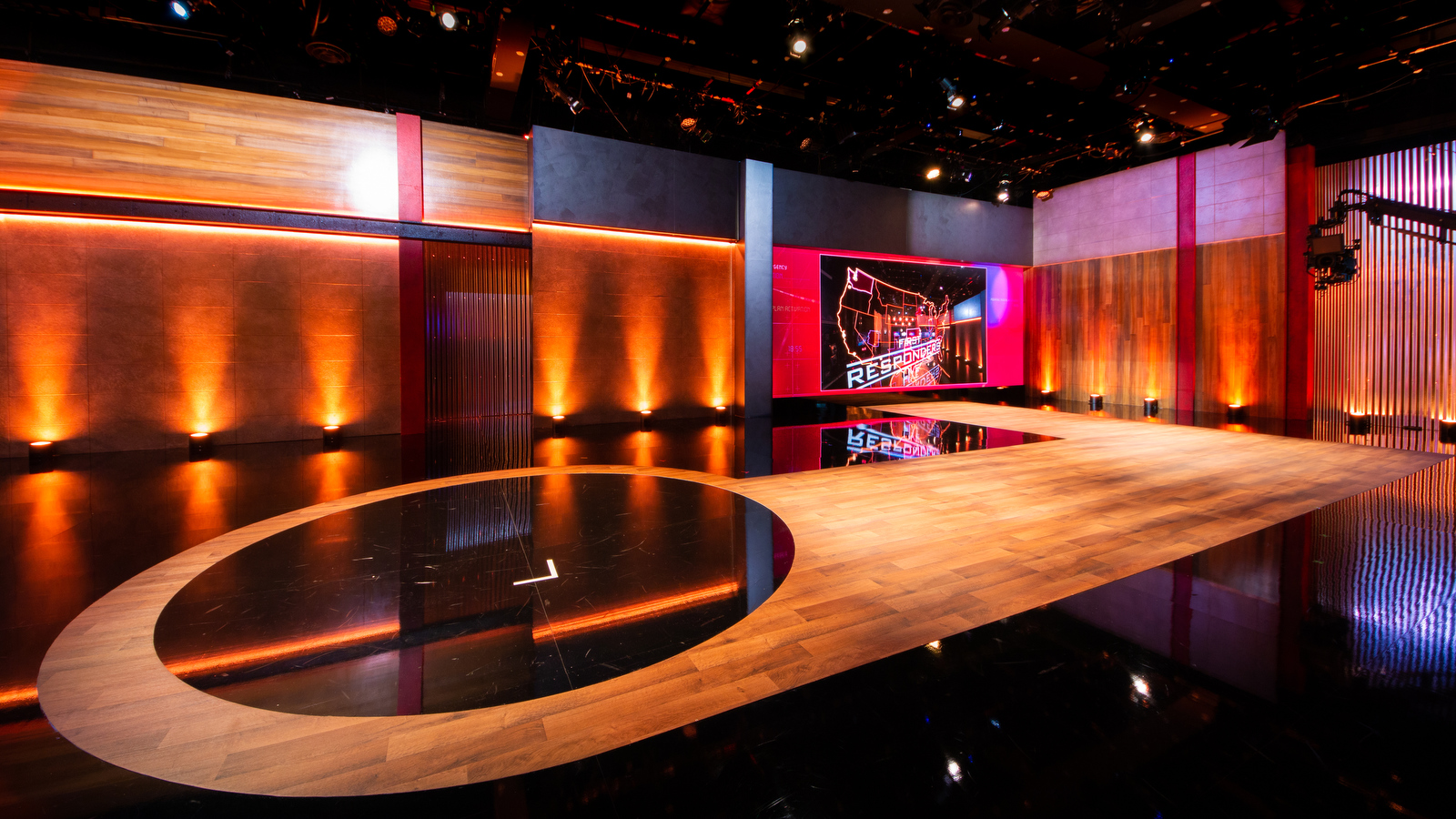 Mirroring the rough materiality of many modern firehouses and police stations including the show’s counterparts in the “One Chicago” universe, the set includes a small table for the experts and is staged to allow for a variety of jib and Steadicam shots.

Producers monitoring feeds are separated from the rest of the studio by glass partitions and an interpretation of a garage door. 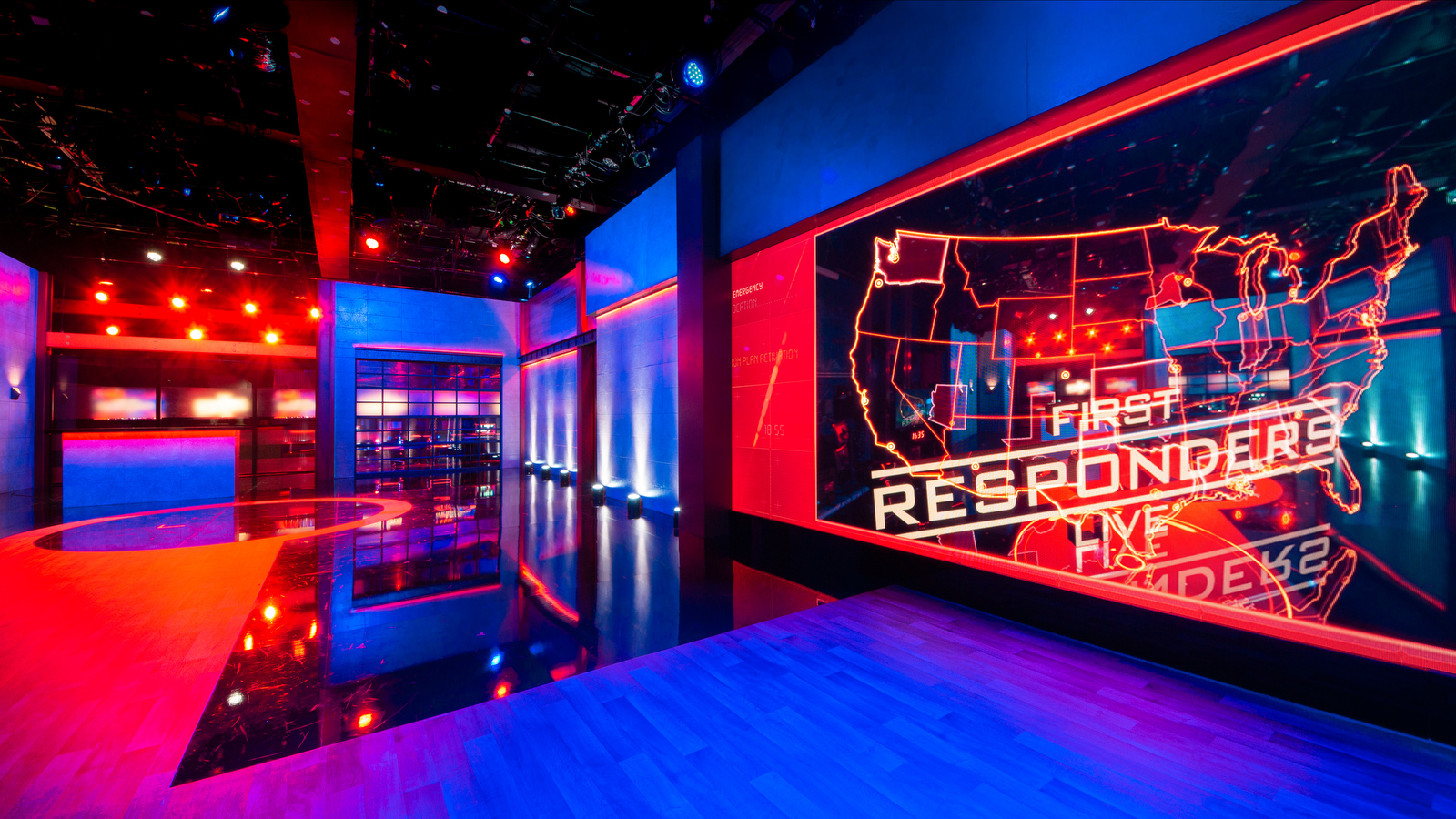 Along with an LED wall for analysis and live check-ins, the set also has an established augmented reality area thanks to a simple circle cutout in the set’s wood flooring.

In this area, augmented maps, logos, badges, infoboxes and live video feeds appear as Elliott interacts with the elements. 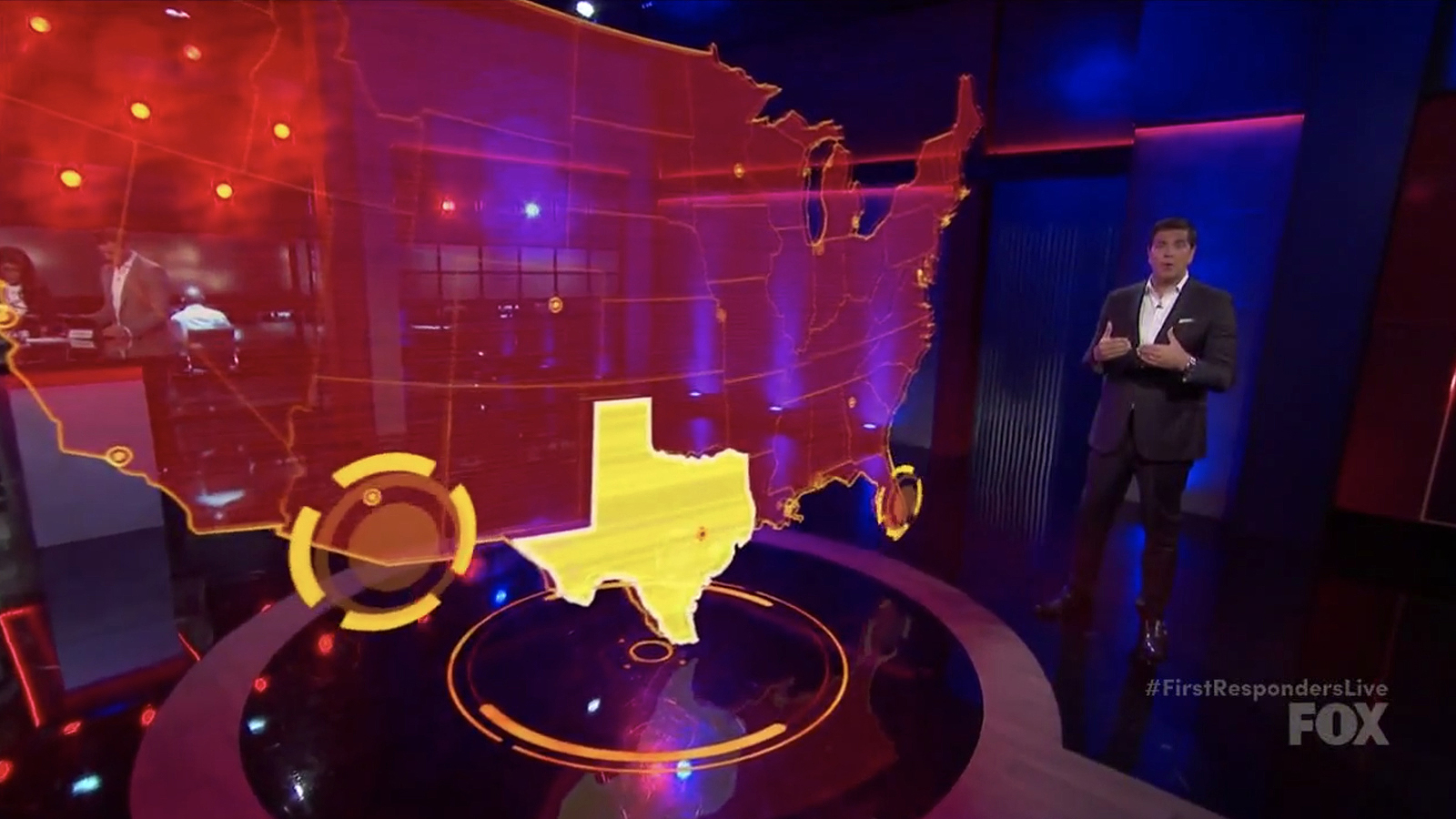 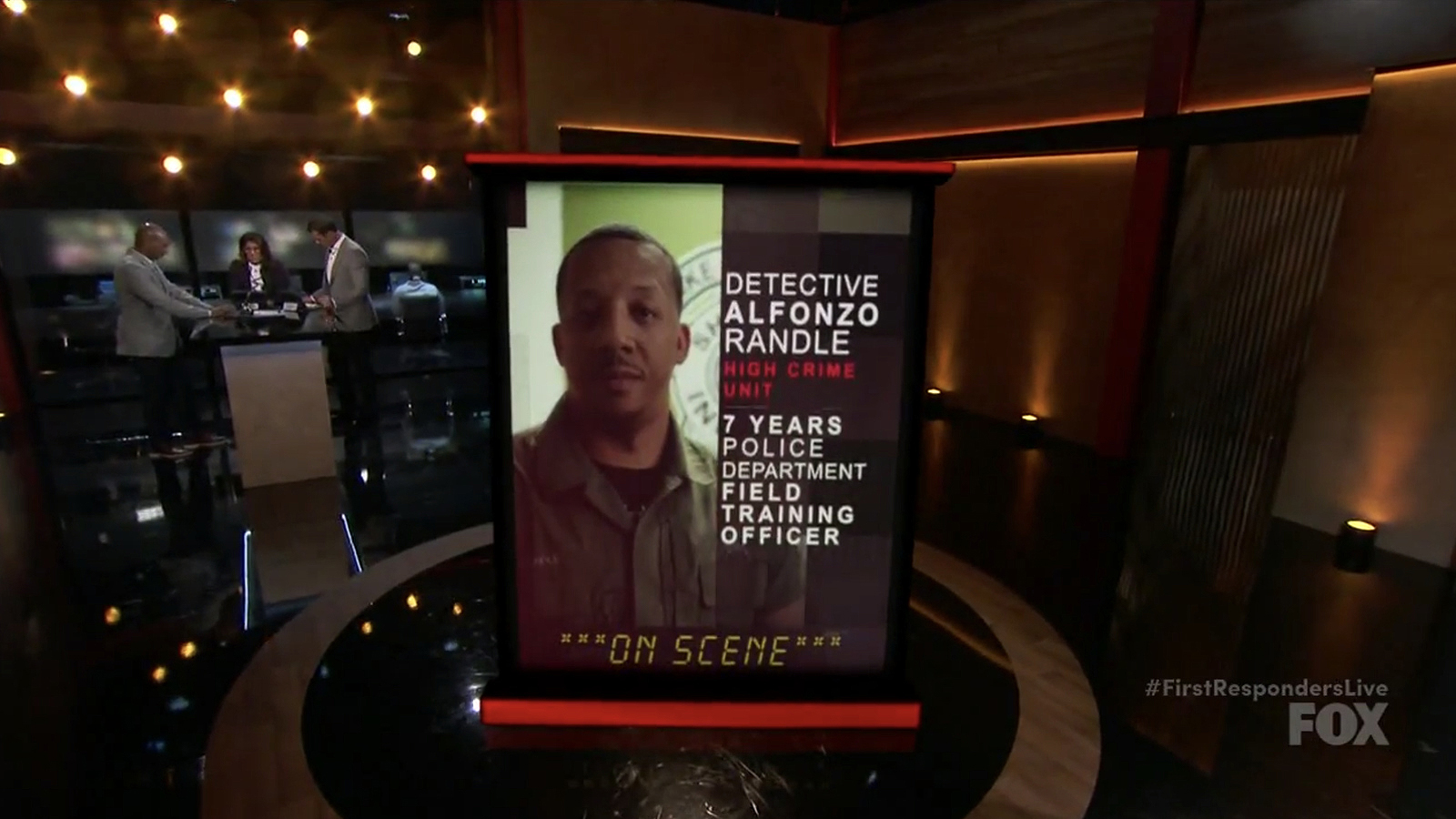 Full Mental Jacket designed the various augmented reality elements with CGLA Studios providing integration and support during show tapings. The designs are powered by Zero Density’s Reality platform with rendering from the Unreal Engine and jib camera tracking from Mo-Sys.

Through the use of augmented reality, the show is able to quickly add context about an officer or a location while keeping up with the pace of live events.