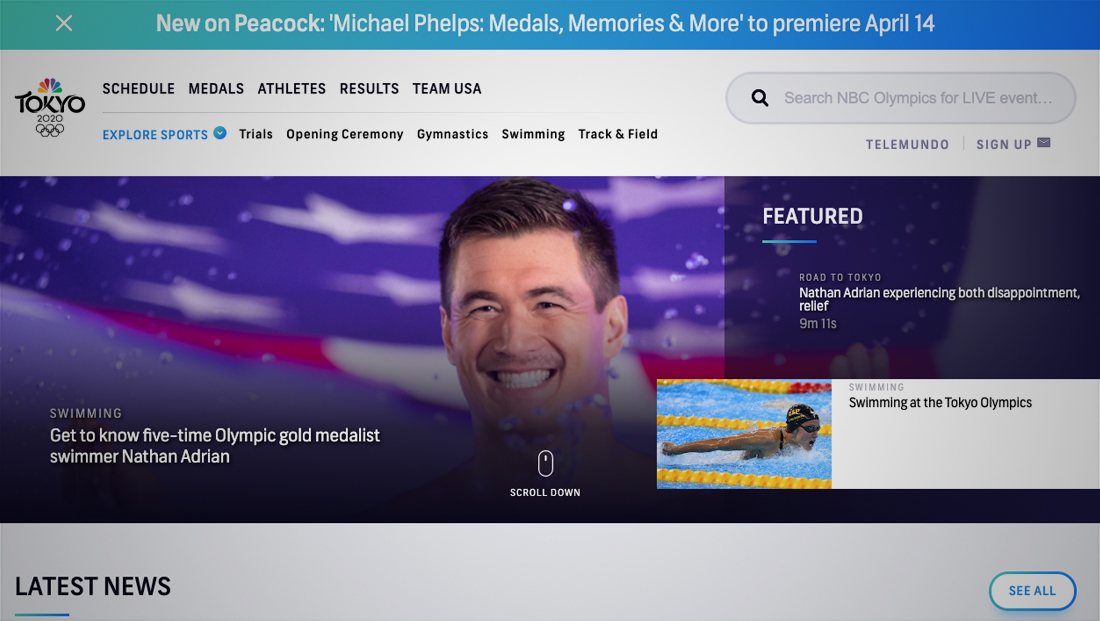 With the (delayed) 2020 Summer Olympics about 100 days away, NBC has flipped the switch on an updated website for its digital coverage of the games in April 2021.

Originally scheduled for the summer of 2020 but delayed due to the coronavirus pandemic, the games are now planned for July 23 to Aug. 8, 2021 in Tokyo.

These games are still be designated with the “2020” label for both marketing and record keeping purposes. The “Games of the XXXII Olympiad” moniker remains the same as well.

NBCOlympics.com has served as the online hub for all things Olympics from NBC, the U.S. broadcast rights holder of the games, for years.

The updated look features the Tokyo 2020 logo design first unveiled back in 2018 (though, thankfully, not the infamous “2020ne” one that circulated). 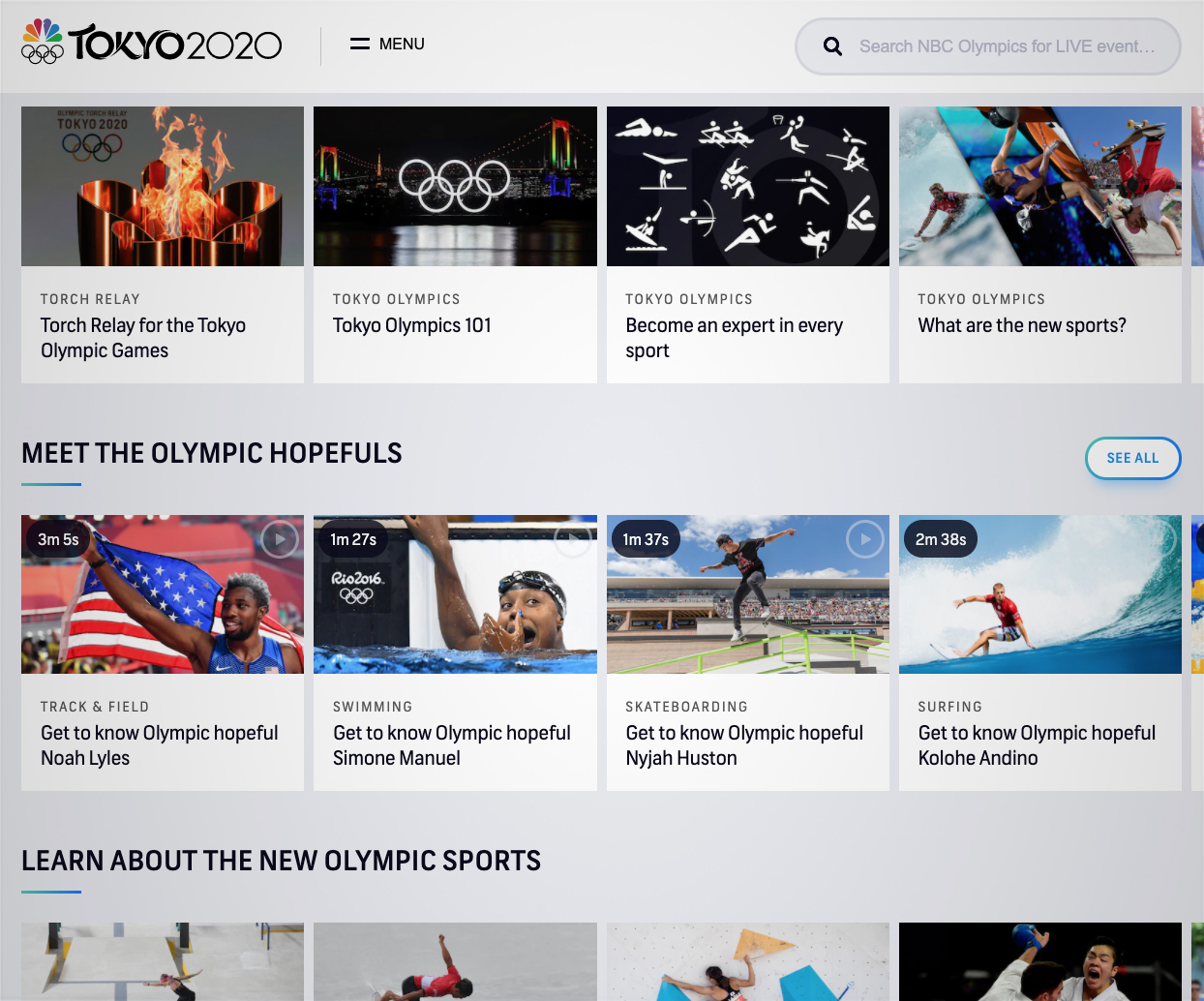 Stories are divided into sections and show in ‘cards’ that can be scrolled or swiped left and right.

NBC’s approach to the new site is designed to accommodate a variety of screen sizes and also makes generous use of “carousel” or “card deck” style boxes with images and headlines that can be scrolled or swiped side to side, much like the native interfaces of mobile devices and set top boxes.

Speaking of images, the new site uses an overlay generated by the browser using CSS effects to create a “vignette” look for many images, making them blend into the background. 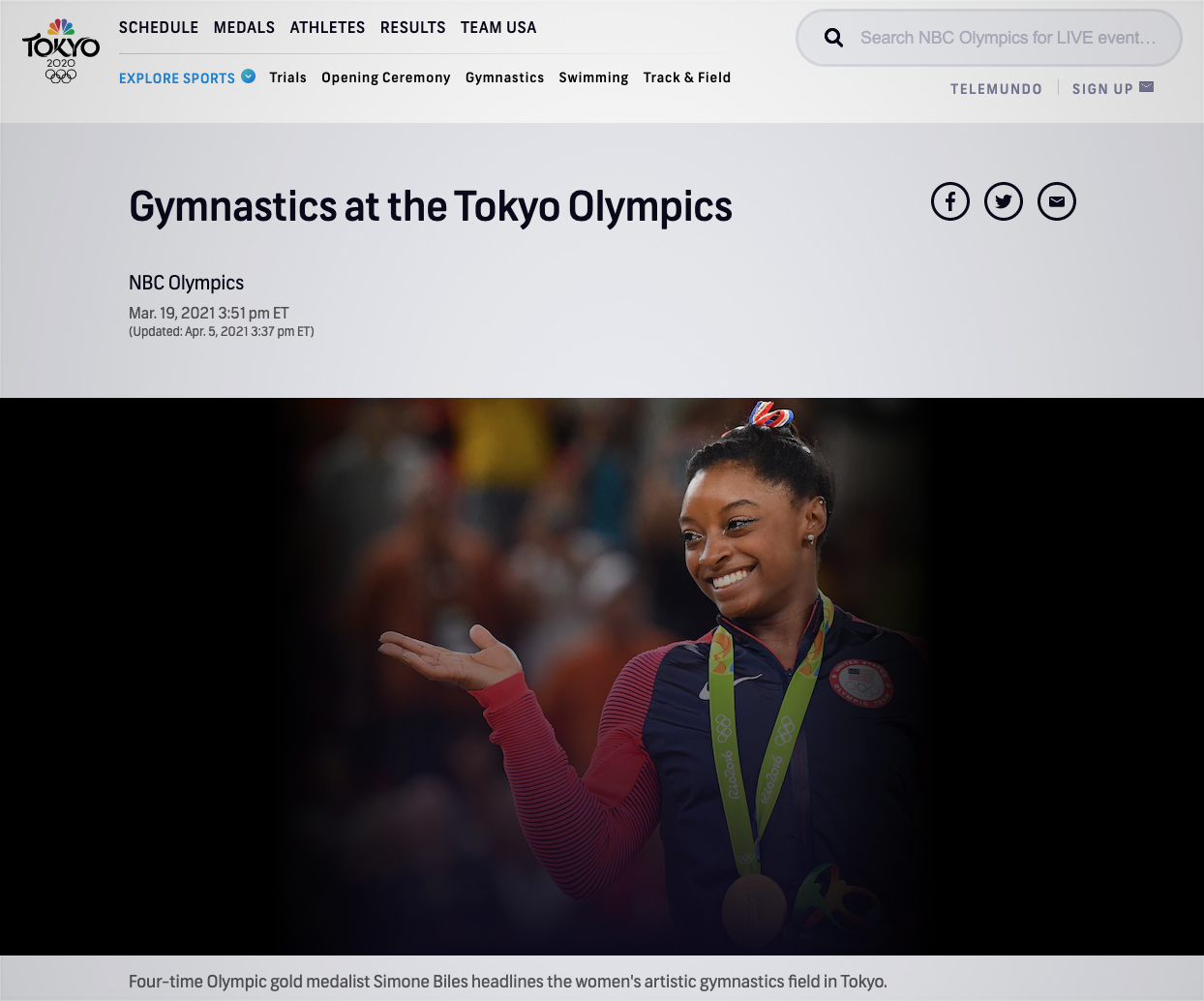 The challenge with his approach is that it appears the effect is applied the same way on all images, which results in some key parts of an image, such as a person’s face, becoming cloaked in darkness. 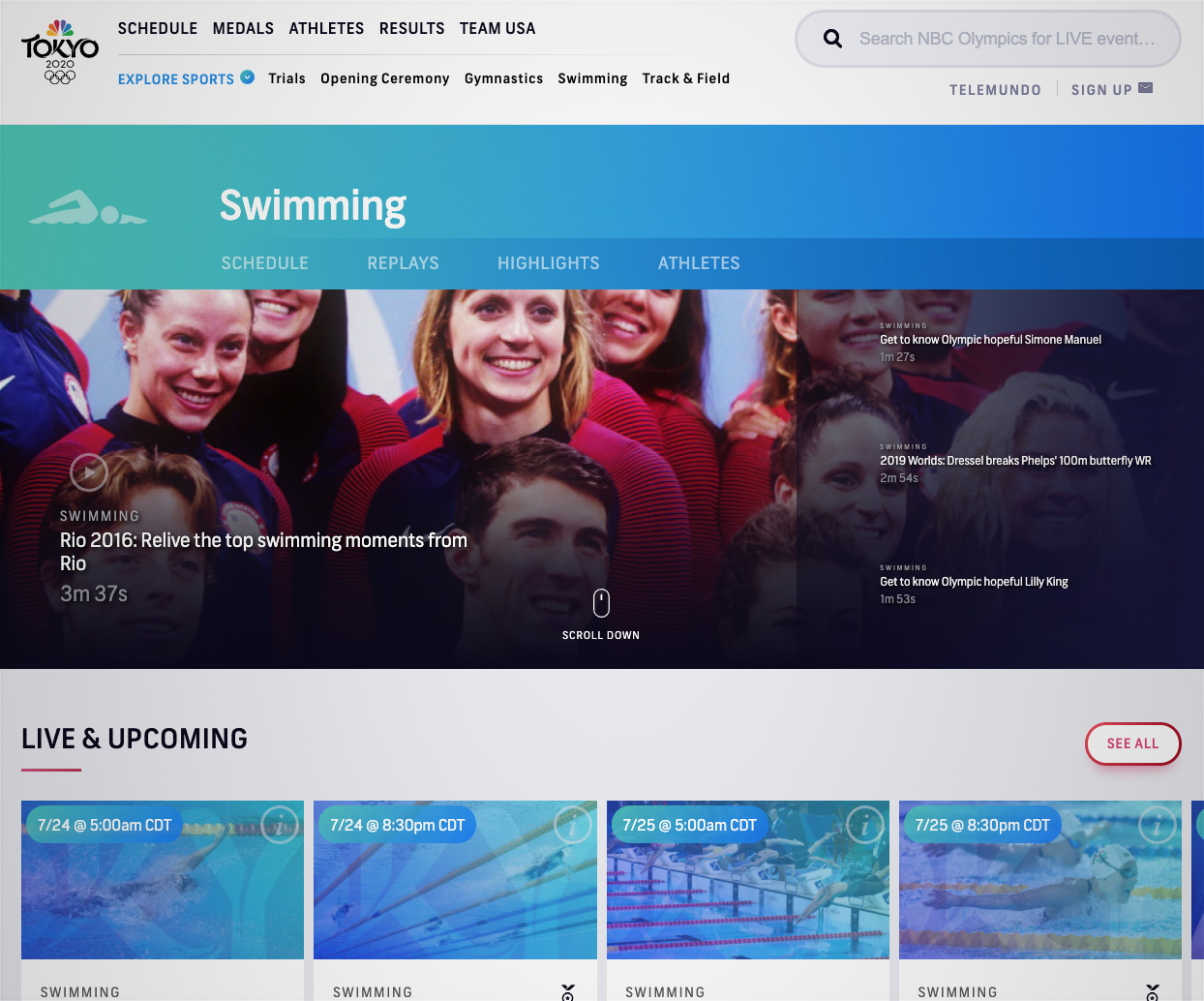 Each of the sports included in the games has its own section front style page that incorporates the event’s icon and a variety of other content. 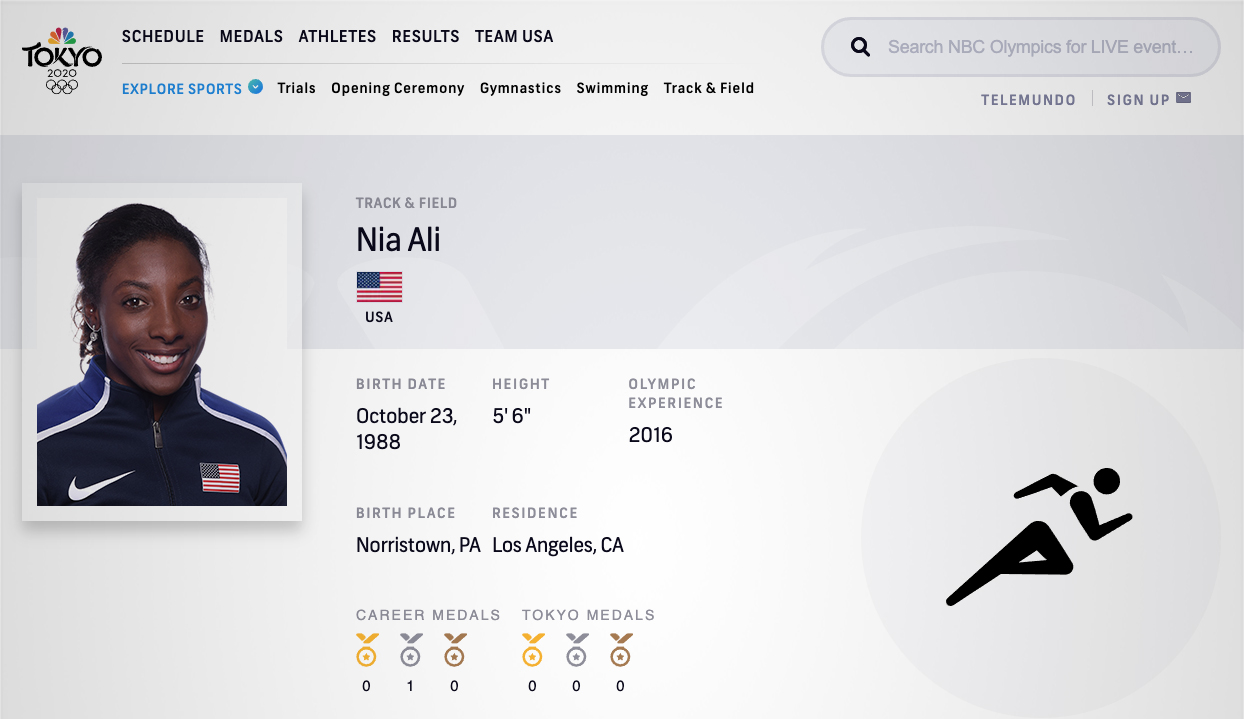 Athletes also get their own pages with name, sport, country, birth date, height and other key information, as well as career and Tokyo medal counts icons and the event icon.

Some of the mobile versions of the pages.

The site also incorporates video frequently, as well as including upcoming airdates and promoting content on NBCUniversal’s streamer Peacock, which is already offering Olympic themed content.

Most of the typography on the NBCOlympics.com site is labeled as “nbcsn_frank” in the backend CSS, which is presumably short for “NBC Sports Network” and a reference to someone or something named “Frank.”

Sources tell NewscastStudio that a font called NBCSN Frank has been around since at least 2016, when it appeared in the Rio Olympics brand guidelines.

The network switched all of its owned stations to a font named “Arthouse Owned” in 2019. The font is inspired by the Din typeface the stations had been using.

There has been a growing trend among broadcasters (and other companies) to create their own custom fonts to both create a unique look and cut down on font licensing costs.