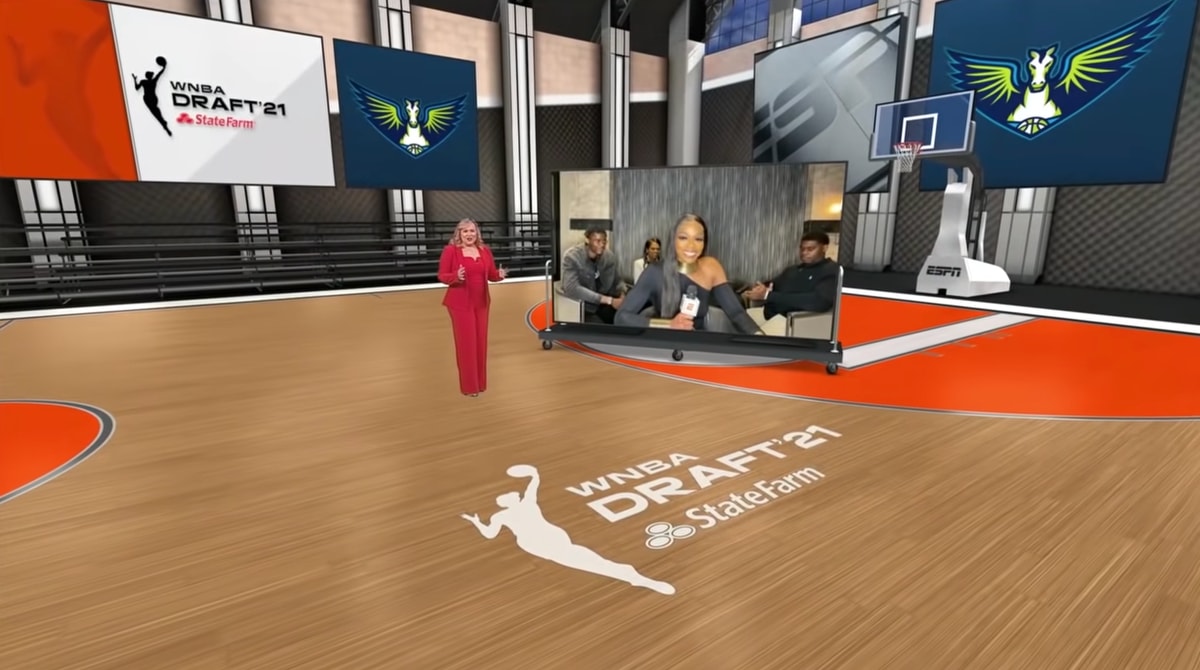 ESPN’s production of the WNBA Draft relied on multiple studios from Bristol to New York City along with a virtual set for interviews with draftees. 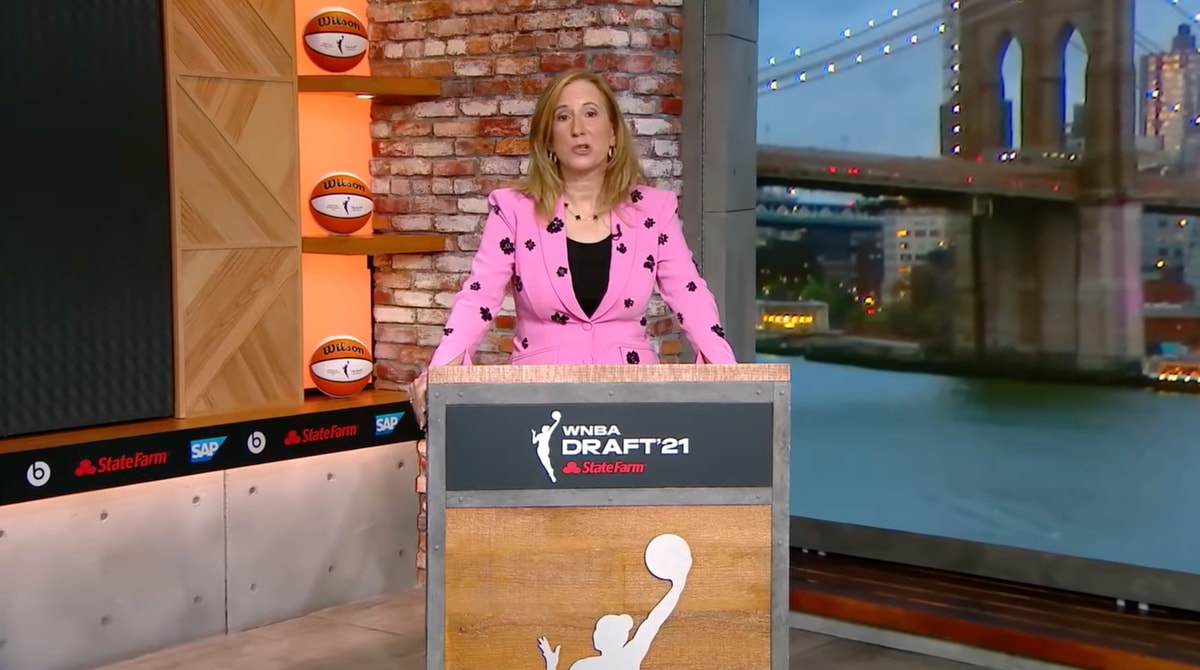 Meanwhile, in Bristol, Ryan Ruocco and analysts Rebecca Lobo and LaChina Robinson utilized the desk inside Studio E while a large LED video wall highlighted the order of events and virtual guests. 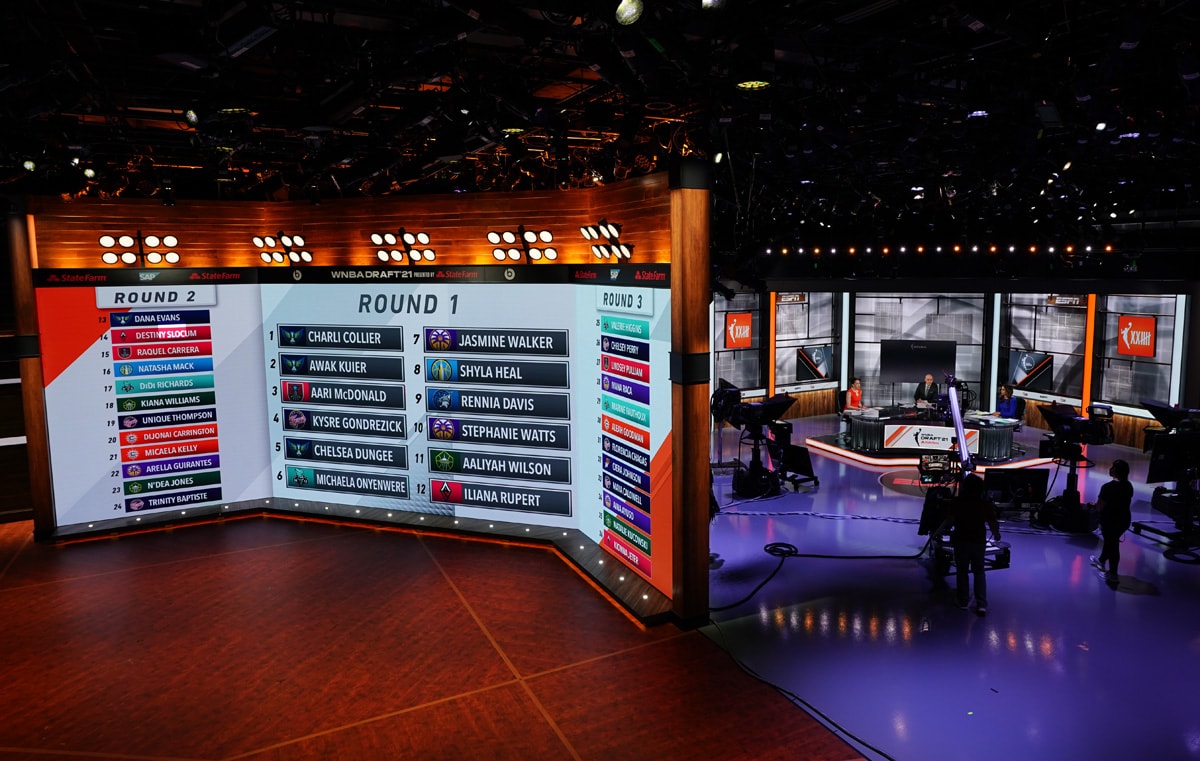 The LED video wall inside Studio E for the WNBA Draft. Photo courtesy of ESPN Images.

This wall, part of a second set added to the studio in early 2020, has become a staple of ESPN’s recent virtual event coverage including the NBA Draft and the Heisman Trophy ceremony. 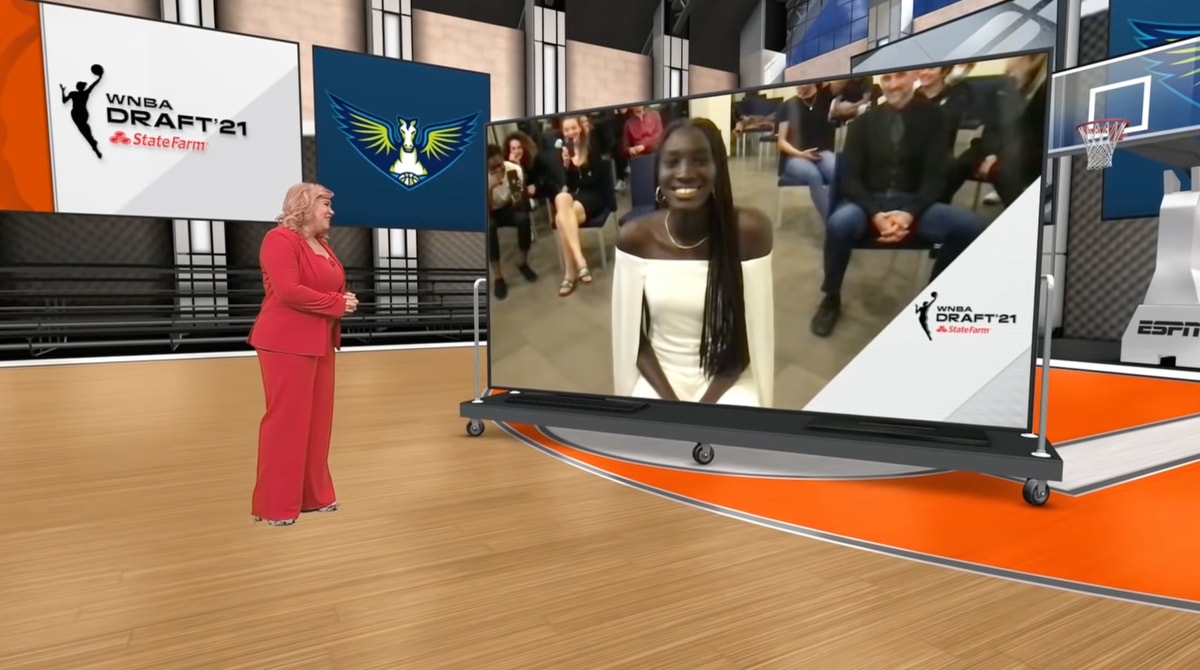 The virtual set for Rowe recreated a basketball team’s training facility with a faux monitor cart for the guest interview. Around the “gym,” which was powered by Vizrt, virtual banners highlighted the team that picked the player.

This was ESPN’s second year hosting a virtual WNBA Draft, having quickly pivoted after the pandemic locked down the world in spring 2020. Last year’s production, however, was mostly remote with only a small studio footprint.