‘This Week’ gets new open with concentric rings, ‘flip’ effects 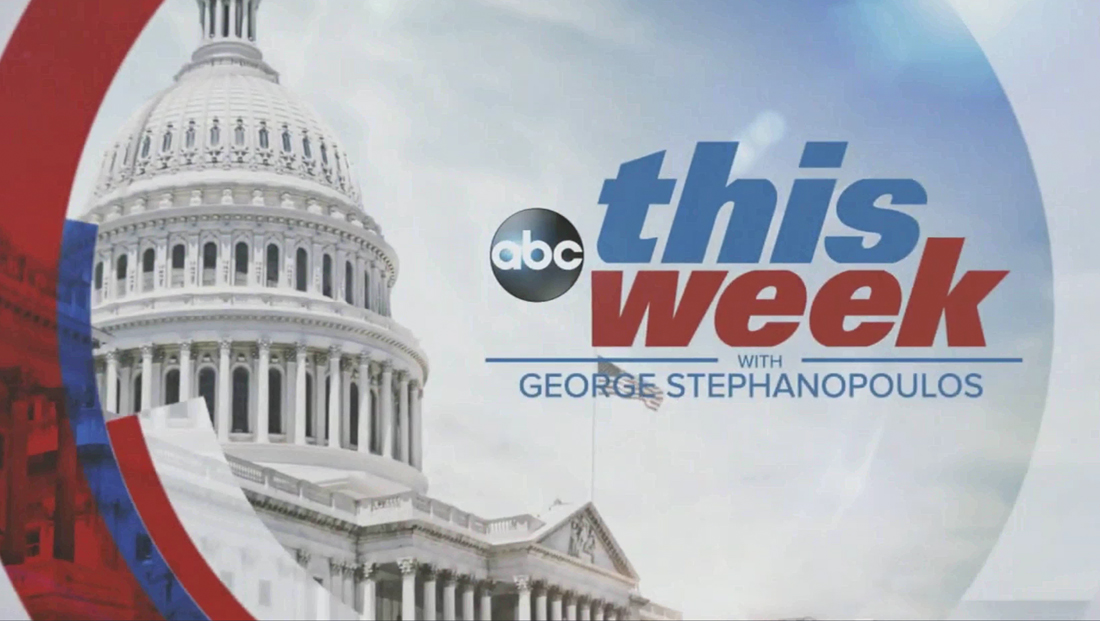 ABC News‘ Sunday morning political affairs program “This Week” debuted a new open and teases design that brings it look more in line with other programming produced by the division.

While the show did not update its lower third insert or rundown graphics, the new look was evident from the start of May 16, 2021’s show, which was anchored from Washington, D.C. by Martha Raddatz.

The new open starts with a view of the White House and a red, white and blue concentric ring motif that aligns with both the ABC News globe logo and the looks used for other newscasts, including “ABC World News Tonight,” “Good Morning America,” “World News Now,” “America This Morning” and “GMA3: What You Need to Know,” all of which have received on air of updates over the past few years.

The viewport “zooms out” inside the rings and viewers then see a view of the U.S. Capitol with rings on the left side, while the show’s logo is parked in the upper right before floating to the center of the screen briefly.

At this point, an additional graphical element is introduced — a “flip” effect similar to the classic split flap displays once popular in transportation hubs. This effect is used as both a transition wipe and entrance for the show’s logo and date in the lower left of the screen during the teases.

Headlines for each story also “flip” in. 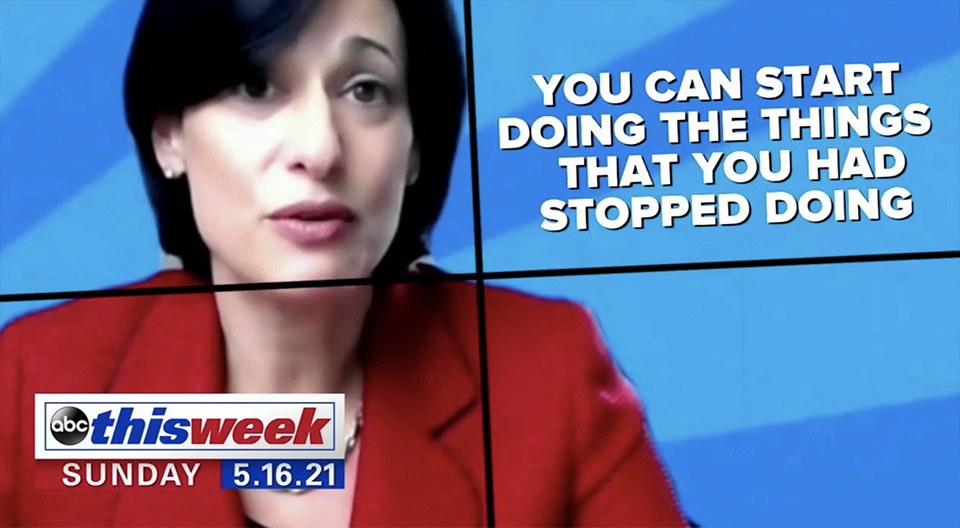 The show has retained its practice of displaying pull quote style text on air as the soundbites are played, but they are smaller than before and all words remain the same size.

The look also no longer uses quotation marks and keeps the text in all caps.

ABC has also updated its Washington, D.C. studio to feature a horseshoe similar to the one used in New York for both “This Week” and “What You Need to Know,” which allows for socially distanced in-studio guests. 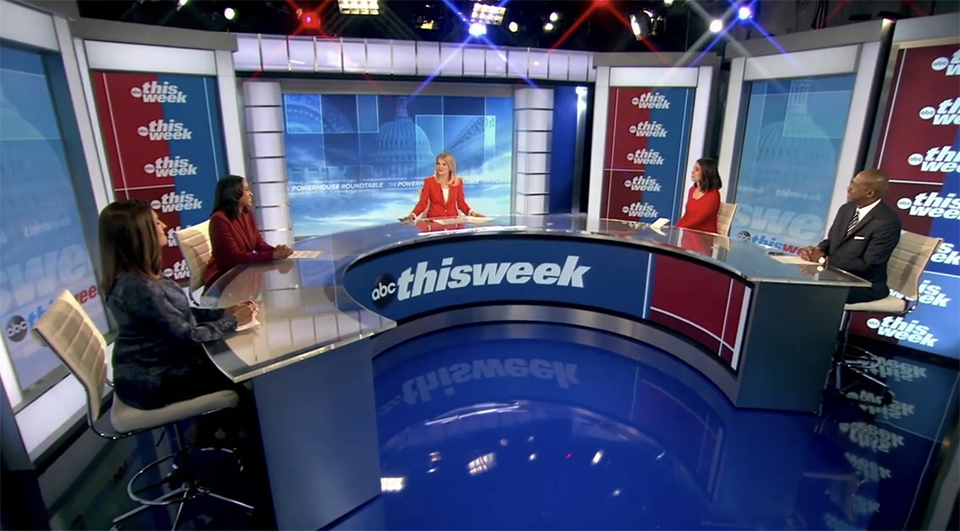 The network produces select editions of “This Week” from NYC due to George Stephanopoulos‘ weekday job anchoring “GMA” and has been producing them mainly from the second floor of the ABC studios in Times Square.

The walls of the D.C. studio have been reworked to adjust to the new desk shape and its shooting requirements.

Like many Sunday morning shows, “This Week” used an “in the round” style seating arranged for many segments, including its trademark “Powerhouse Roundtable.”

This involved guests sitting around a table — dining room style — and sitting in fairly close proximity and facing each other.

Obviously that practice isn’t the best when there’s still a pandemic going on, so it appears ABC has opted to start allowing panelists back in studio but sitting farther apart and not directly facing each other.

Because the new arrangement is more anchor desk (or, given the number of people sitting around it, sports halftime show desk) style, it can be mostly shot from cameras positioned along the “fourth wall.”

It appears some of the background panels had to be rearranged to allow for the desk to fit — and it still looks a bit tight due tot he smaller footprint of the Washington studio compared to New York.

In the round shooting typically requires careful camera blocking and sets that create “blinds” or “portholes” for cameras to peer through to minimize cameras showing up on air.

ABC had previously begun to bring guests back into studio earlier in the month in the New York studio, but all guests were remote during Raddatz’ last round of anchoring from D.C. May 2, 2021.

Shots of Raddatz remained tight so it wasn’t clear at the time if the studio updates had been made yet.

Earlier in the pandemic, the show was anchored remotely and from the first floor home base of “Good Morning America,” which also got an updated desk in February 2021.