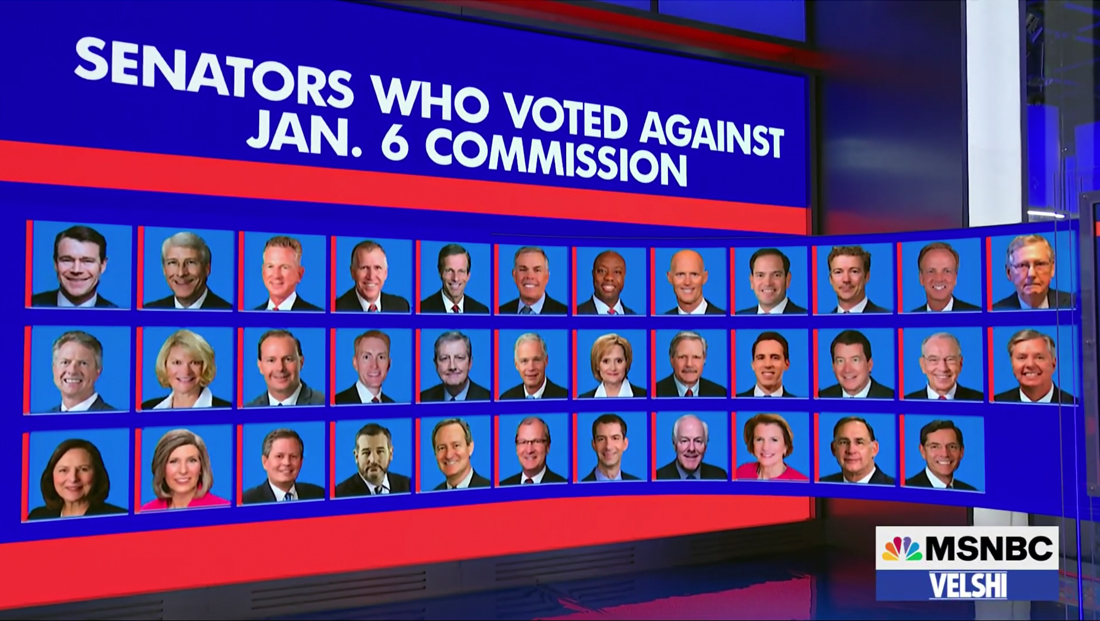 MSNBC’s weekend show “Velshi” used the nearly floor to ceiling and curved LED installation in Studio 3A to showcase the photos of the 35 senators who voted against convening a commission to investigate the events of Jan. 6, 2021.

The segment aired May 30, 2021, and featured the headline “Senators who voted against Jan. 6 commission” along the top, flat area of the LED video wall.

Lower on the wall, where a portion of the LED curved outward was where three rows of photos were placed — two rows of 12 and one of 11.

This part of the plentiful number of video walls in 3A was installed in October 2018, which also saw the removal of the practical balcony over the opposite side of the studio.

It has been used for a variety of “video on video” segments such as this while the curved portion can also be leveraged as a way to make it appear remote guests are “seated” at roundtable discussions in studio.