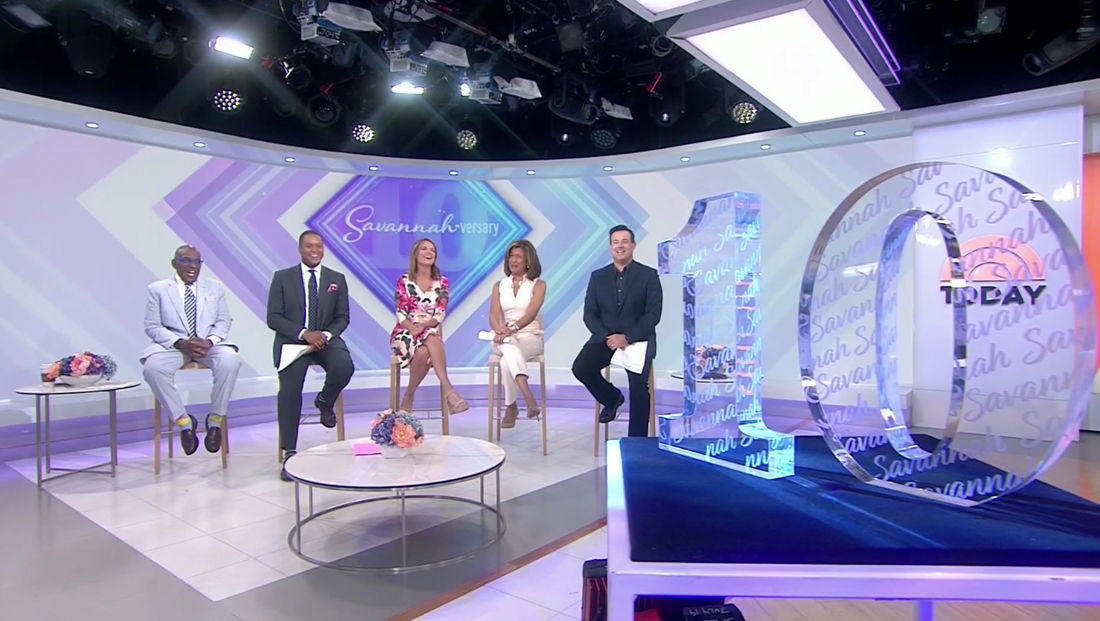 Guthrie joined “Today” in June 2011 as a co-anchor of the third hour of the show and she would eventually move up to the main anchor chair.

The show celebrated Guthrie’s decade on the show June 7 with a retrospective piece during the second hour of the show billed under the name “Savannah-versary.” 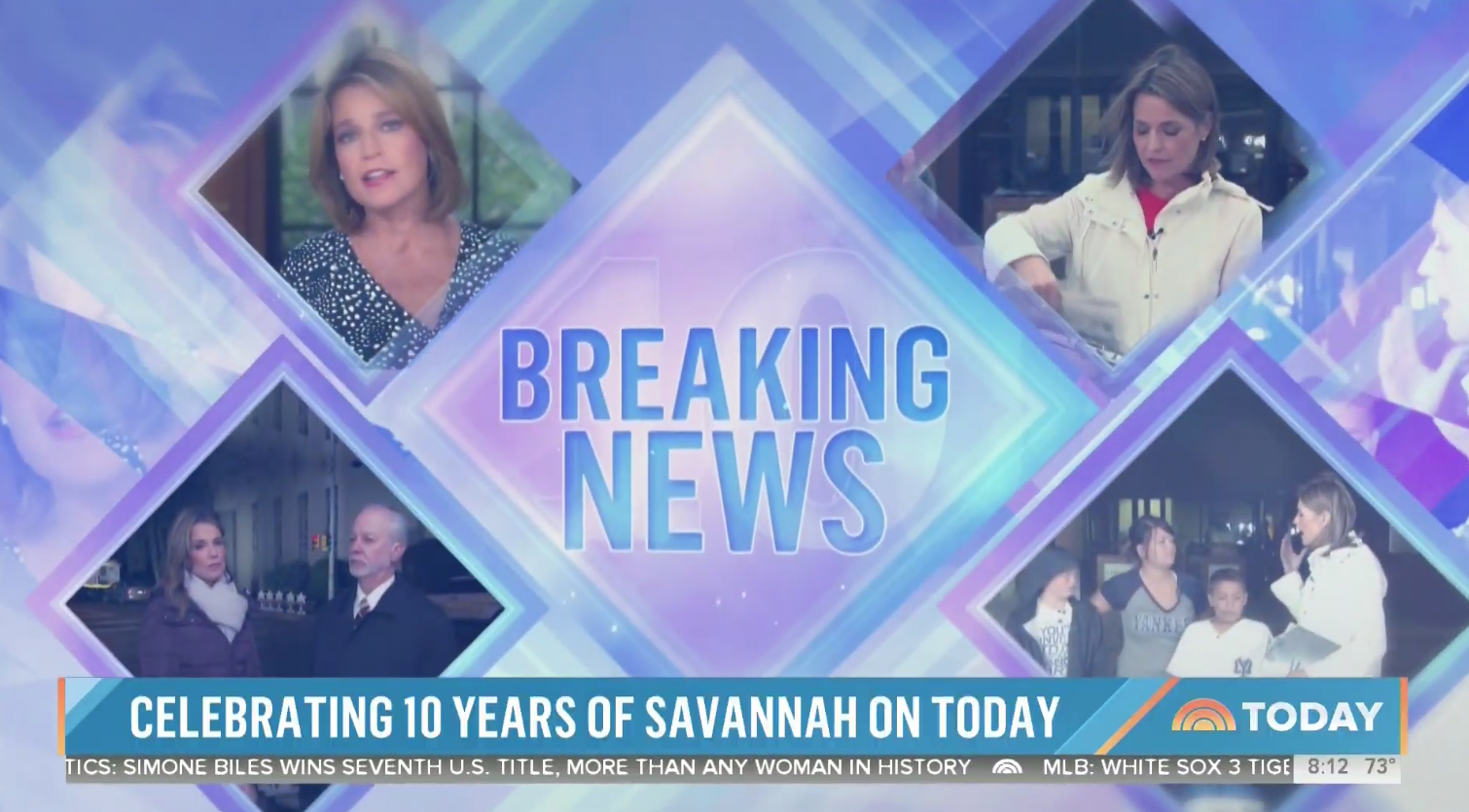 For the occasion, the show created a blue-violet diamond graphical motif with a large number 10, which was reproduced as a physical set piece that also showed up during the package.

The diamond design incorporated clips of Guthrie’s appearance on the show over time as well as breaking down the package into segments such as her ability to cover breaking news to interviewing to family (both her real life and “Today” one).

The angular look ties well into the new graphics package the show introduced in early May 2021. 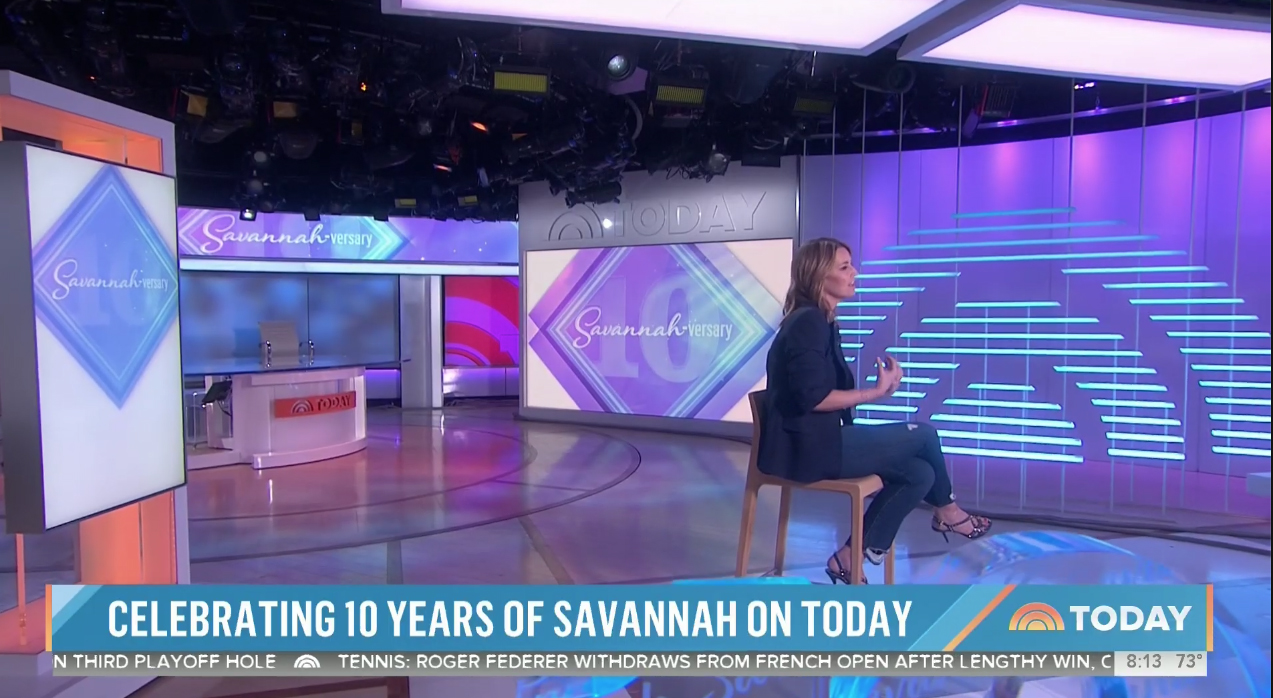 Interviews with Guthrie were conducted inside of a dramatically lit Studio 1A, incorporating the color changing “Today” sunrise sculptural icon and video wall installed after the 2020 election as well as the primary anchor desk in the background — though the show’s trademark windows were covered. 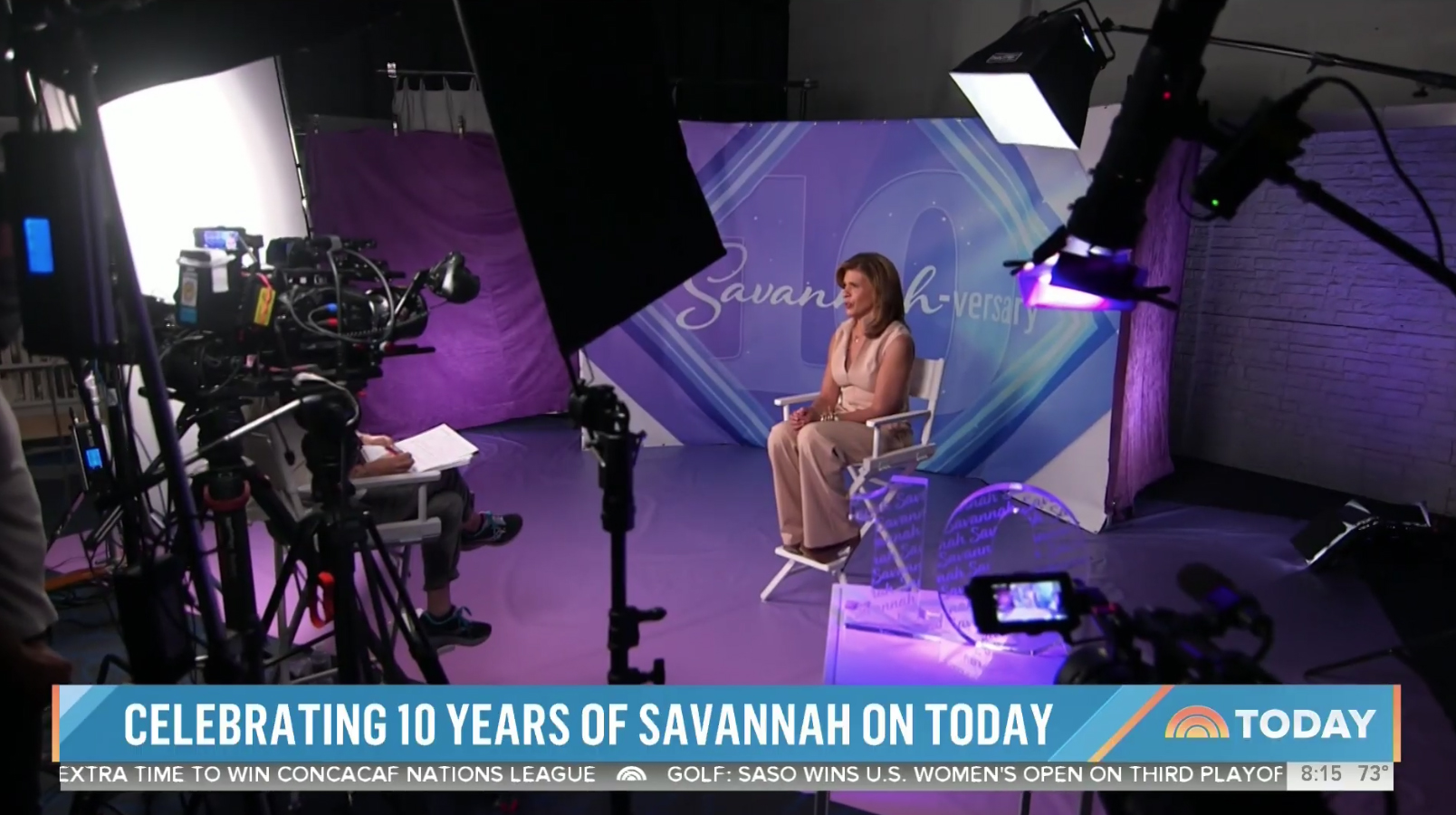 Her co-anchors were interviewed on a temporary set created using a printed background of the logo, some textural faux stacked stone walls and violet draping, also with the “10” on hand and making appearances in wide cutaway shots.

Guthrie has been primary co-anchor of “Today” since 2012, after she replaced Ann Curry in what would become a tumultuous time for the show.

‘Today’ glosses over the bumpy road that got Savannah Guthrie to where she is today https://t.co/cTqX1P5P04 #TVNews #BroadcastNews