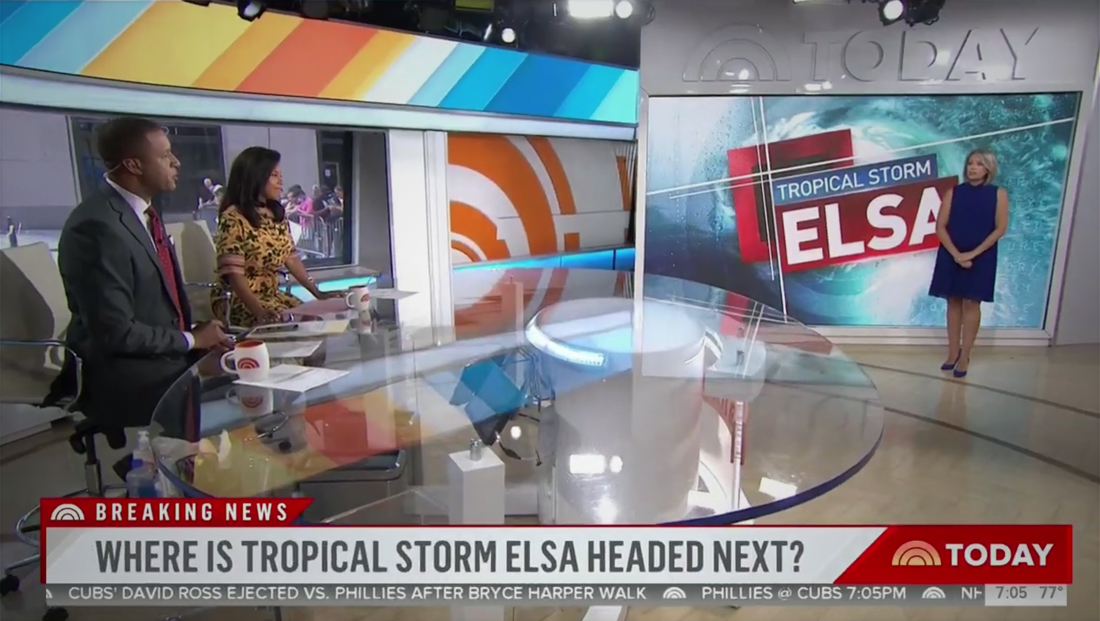 The major networks are offering extended coverage of two stories that could literally collide with each other — the approaching storm Elsa and the Surfside condo collapse.

Although Elsa is expected to make direct landfall on the southwest side of Florida and Surfside is on the opposite side of the peninsula, the storm system surrounding it has already started ushering in higher winds at the scene of Champlain Towers South, which underwent a controlled collapse over the weekend as worries that the rest of the structure could collapse onto recovery operations.

Across broadcast and cable news, the stories are often being stacked back to back, or, in some cases, volleying back and forth between each other multiple times in one block. On some broadcasts, the rate the banners change between stories and the accompanying branding or “breaking news” labels borders on frenetic. 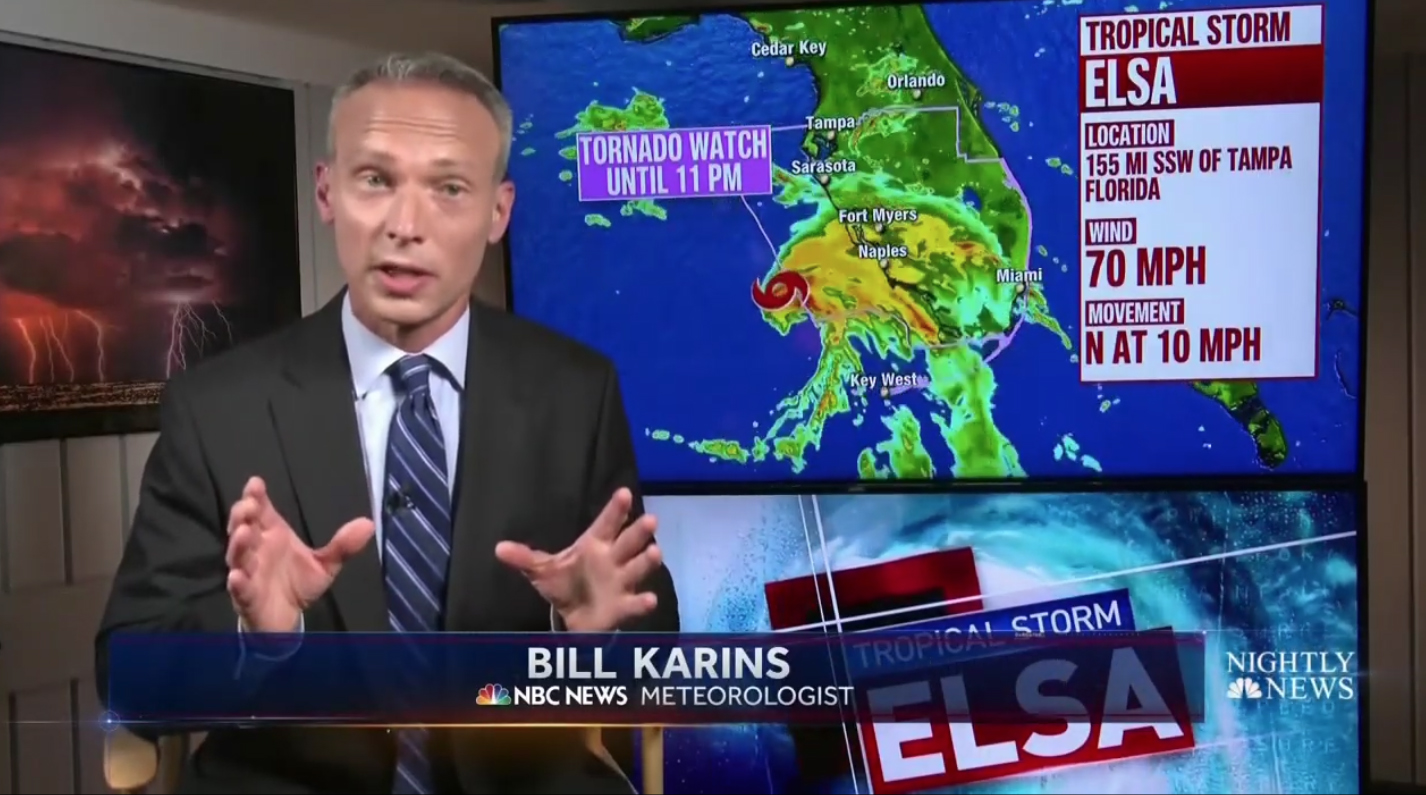 On ‘NBC Nightly News‘ July 6, 2021, and throughout the day on MSNBC, Bill Karins appeared from what appears to be a home studio. In the past, NBC has used a portion of the MSNBC side of Studio 3A for extreme weather reports, but that space is currently under renovation. 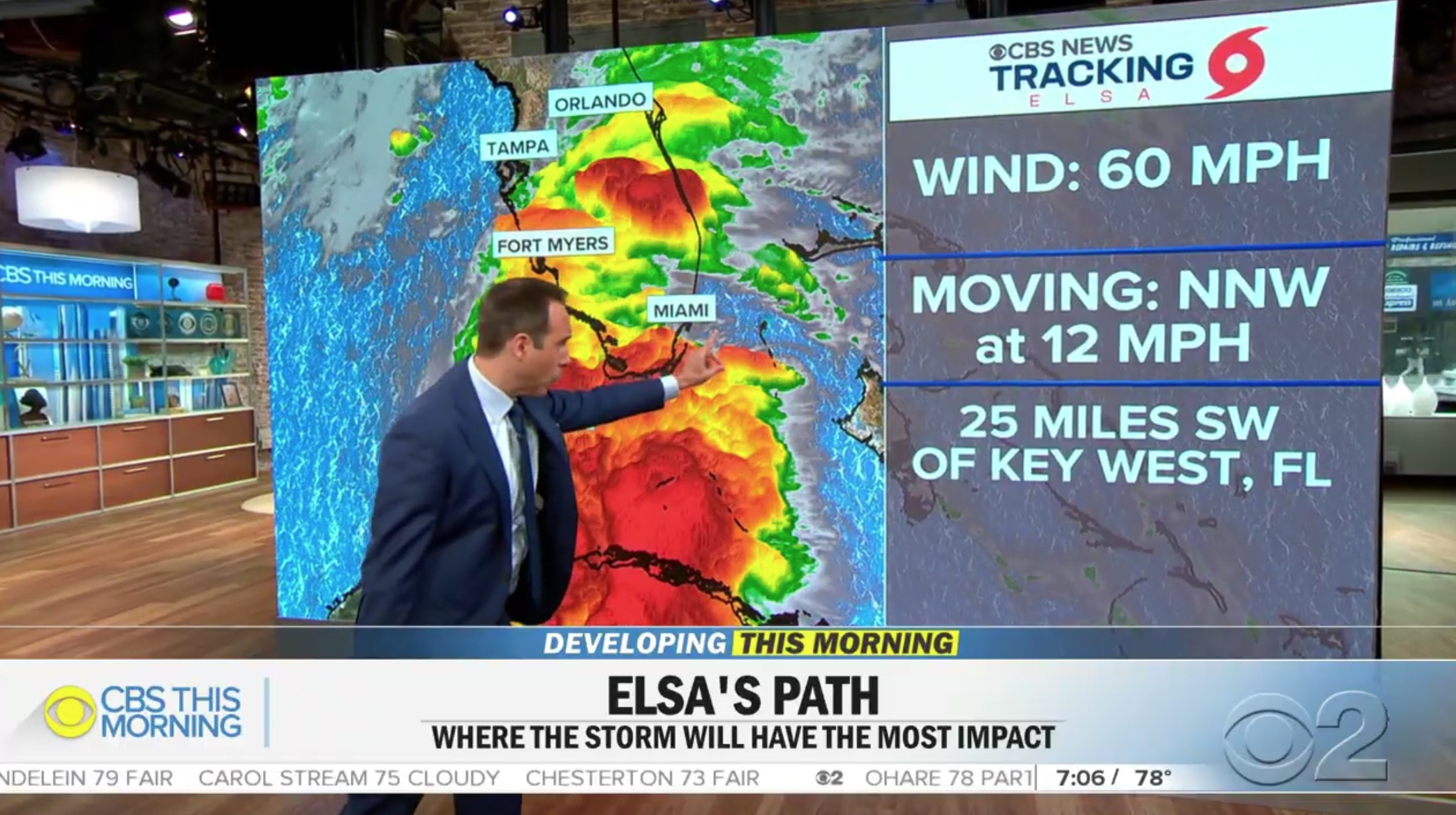 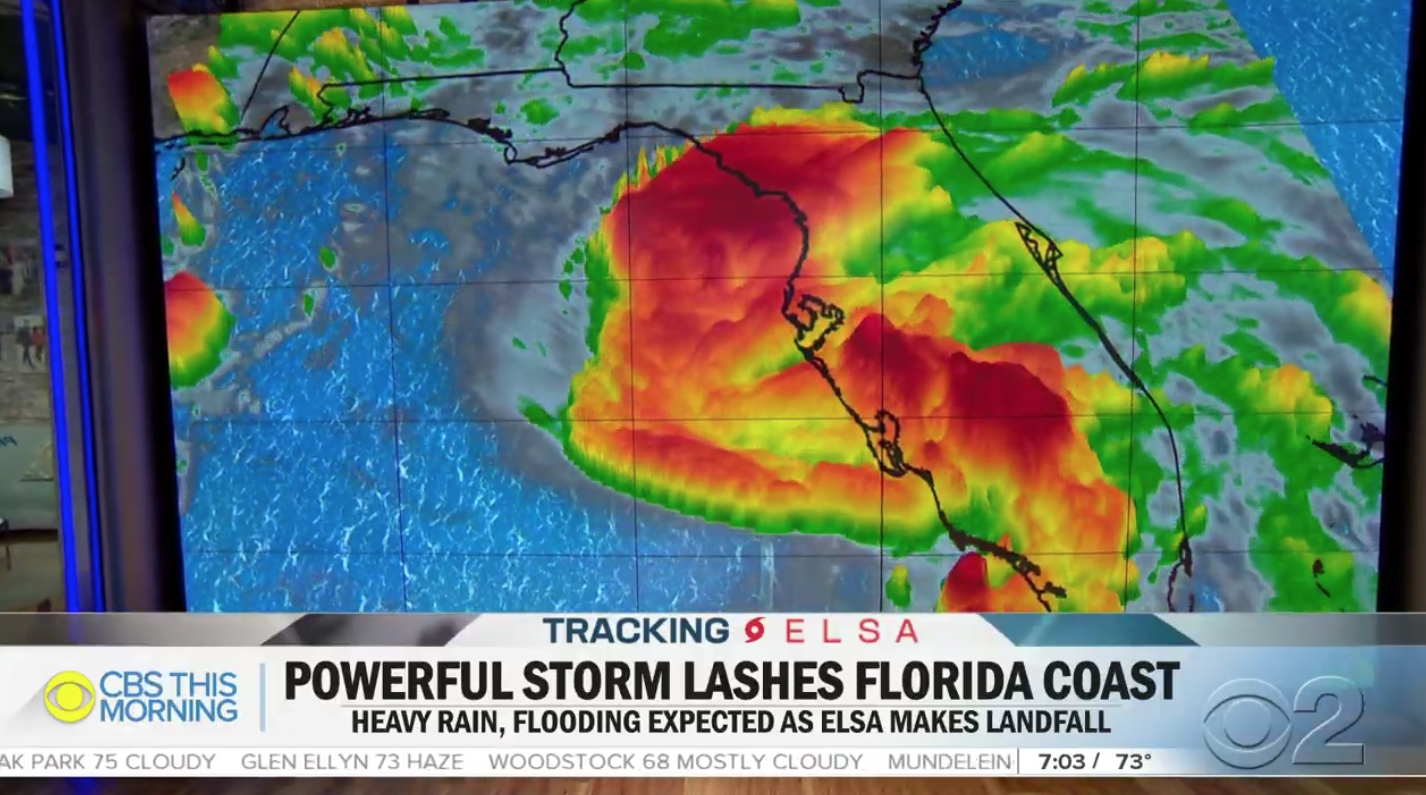 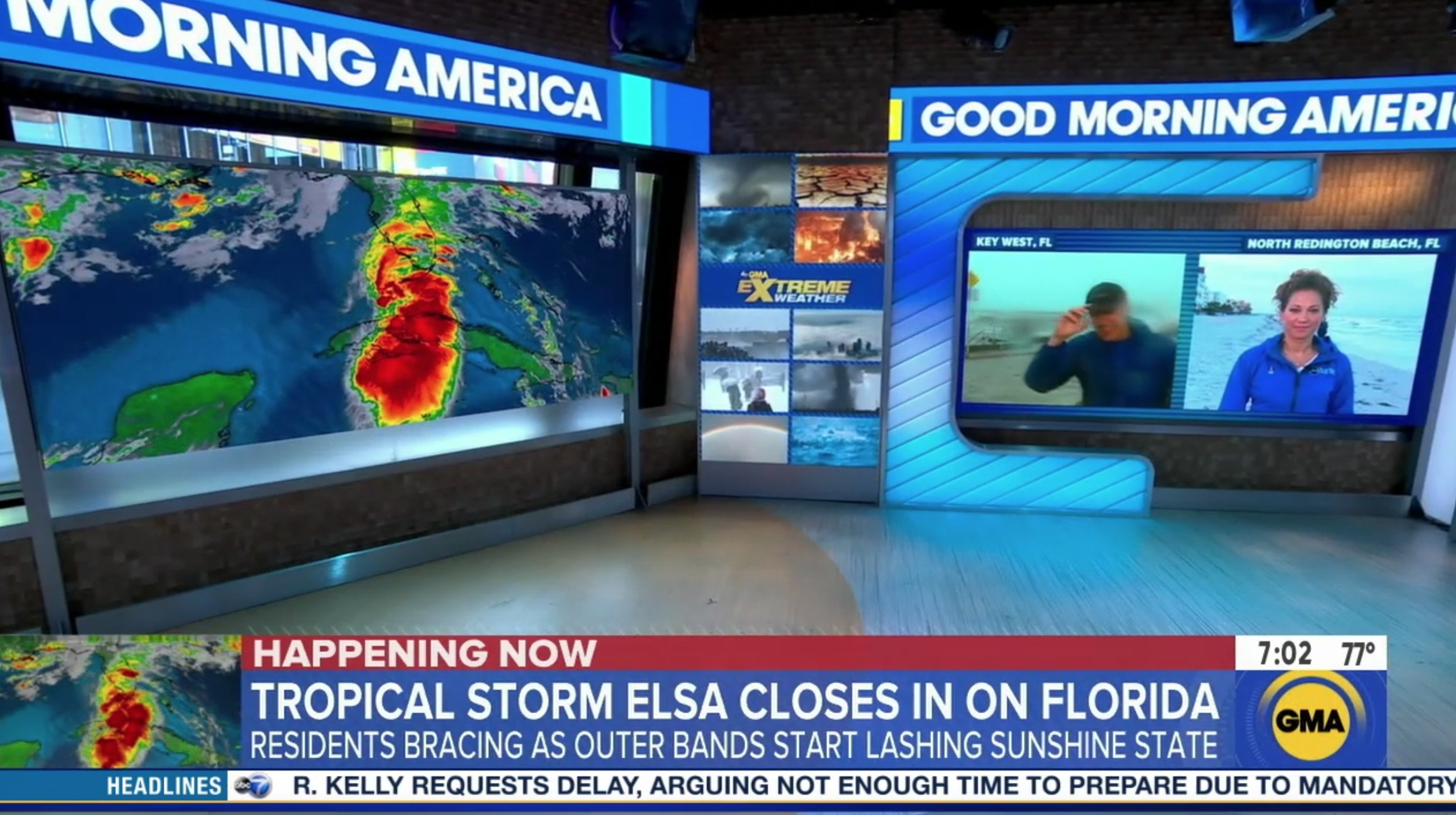 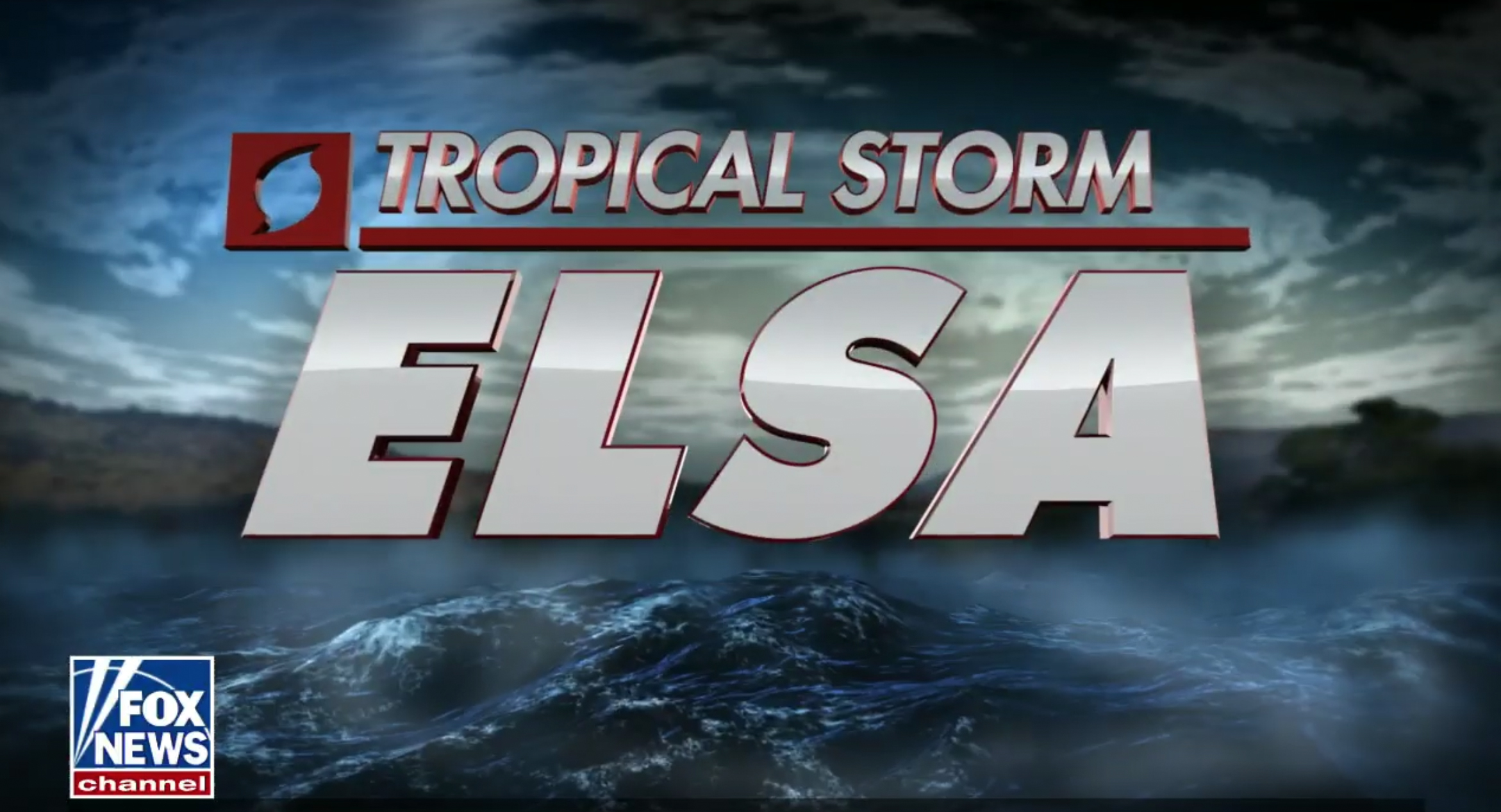 Fox used this dramatic image as a sort of stinger transitional element.

CNN has been using its standard CNN Weather branding and, like MSNBC and Fox, have also been showing radar loops on and off throughout programming in the corner of the screen or as a sidebar.