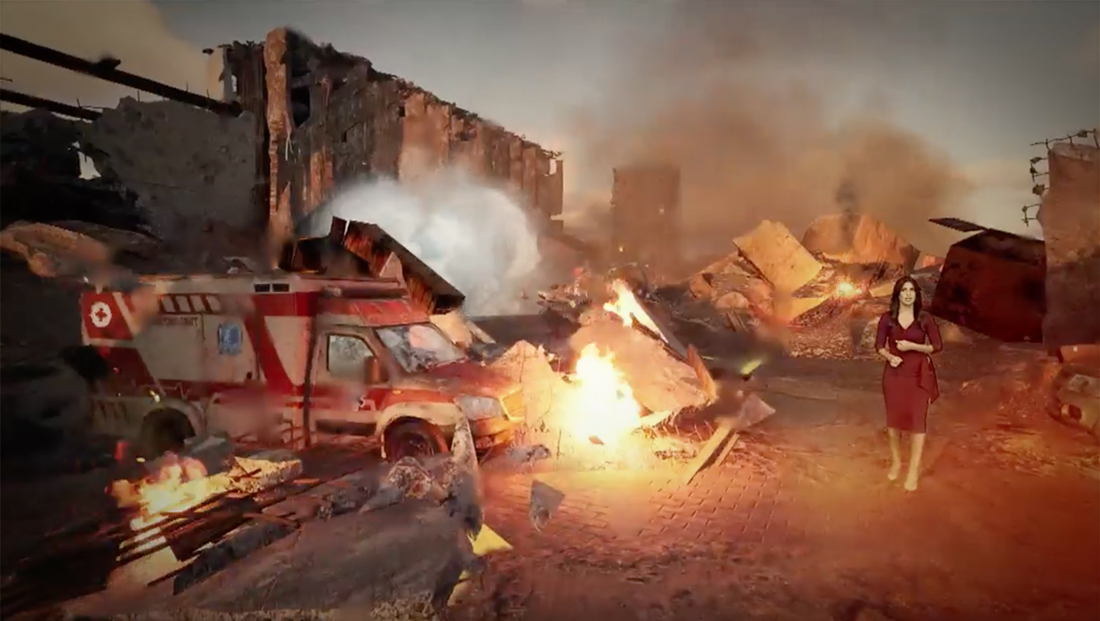 Unlike many IMR segments that are heavily edited and composited in post-production, combining the live action footage of talent on with virtual elements, Alghad TV opted to present this segment in realtime.

The segment was also produced as a single shot and leverage a virtual background with layers of augmented reality at various points in the Z-axis to achieve depth. 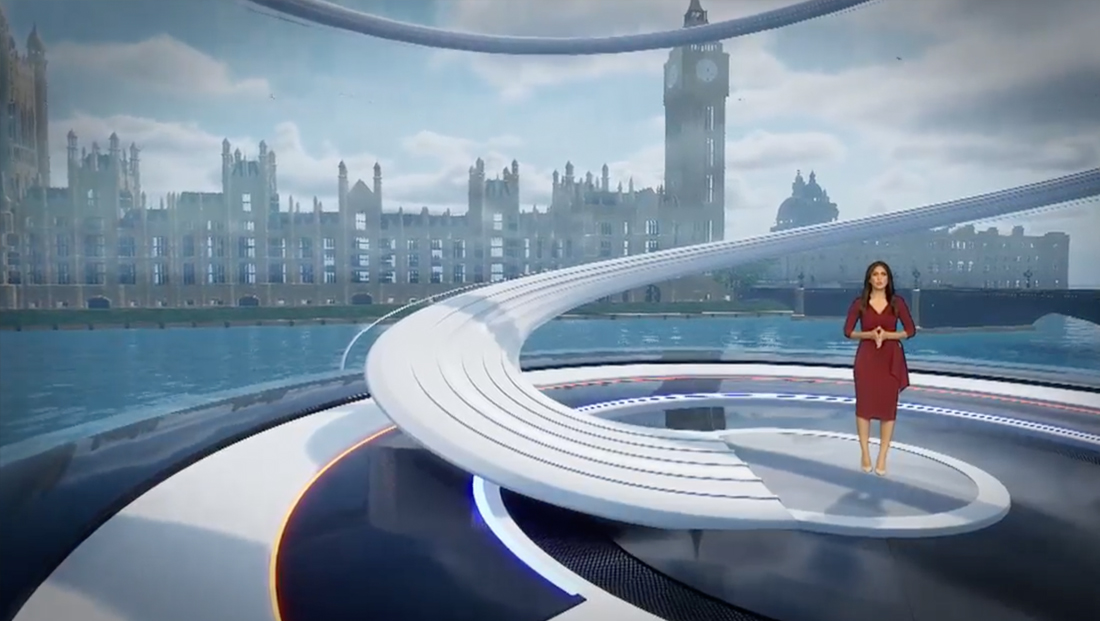 It starts with the on screen representer “standing” in what appears to be glass bubble of sorts overlooking London — where the network is based.

A dramatically curved ramp also appears before structure “drops away,” leaving the presenter on a raised transported platform of sorts, taking her on various virtual stops to explain the series of events that unfolded.

The network used Aximmetry with rendering by the Unreal Engine.