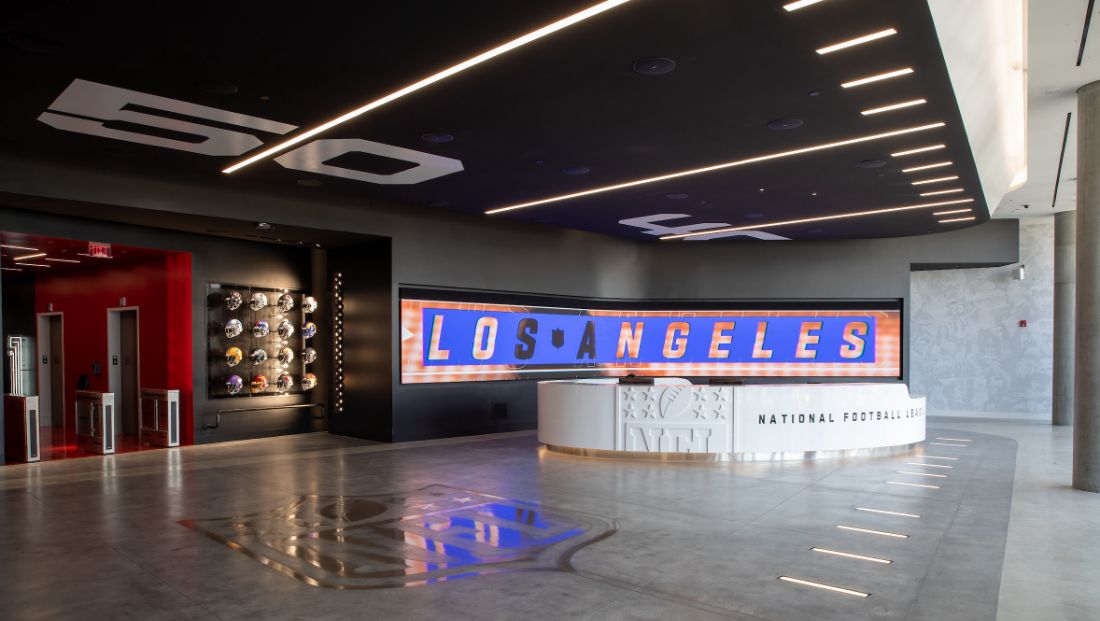 NFL has opened its new West Coast headquarters, part of the Hollywood Park development in Inglewood with the Los Angeles Rams and Los Angeles Chargers.

The office building includes 214,063 square feet of office space for the NFL and 74,922 square feet of studio and studio support space that will be used for NFL Network, NFL.com, NFL RedZone and the NFL app, along with other media operations.

The building, from Gensler, includes 450,000 square feet of space with the league currently occupying three of the seven floors.

Studio 1, which is set to host “NFL GameDay Kickoff,” can accommodate up to 20 different looks based on the lighting cues and set area utilized.

Other studios will come online as the NFL settles into the facility and transitions operations from Culver City, where NFL Media has been based since the NFL Network’s launch in 2003. 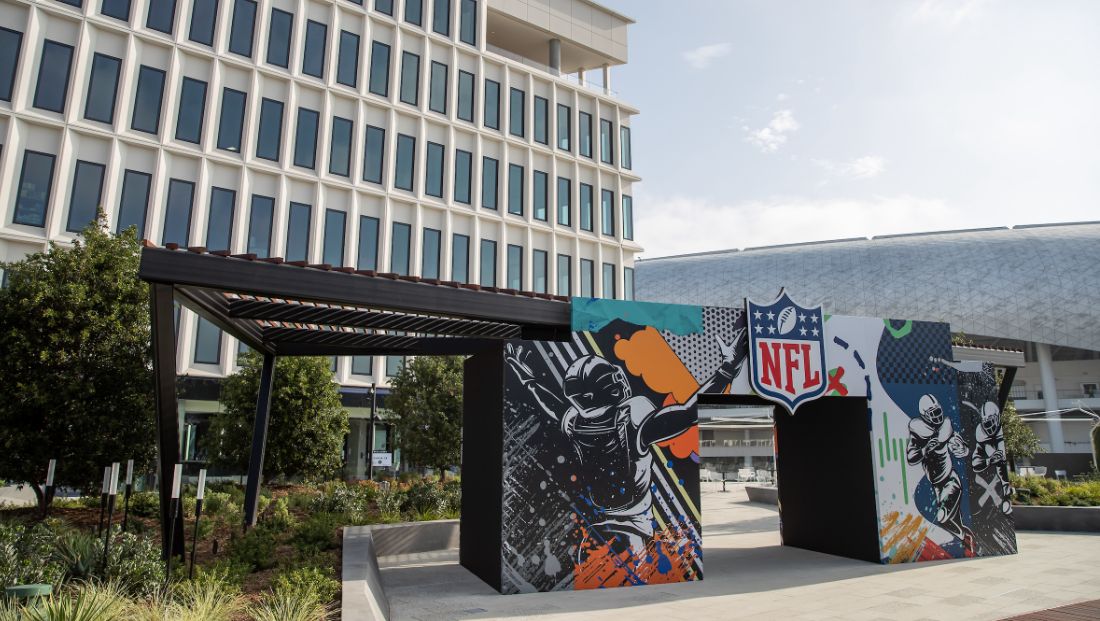 The league notes the facility is scalable to any production format in the foreseeable future and for a variety of work types with traditional workspaces and collaborative areas.