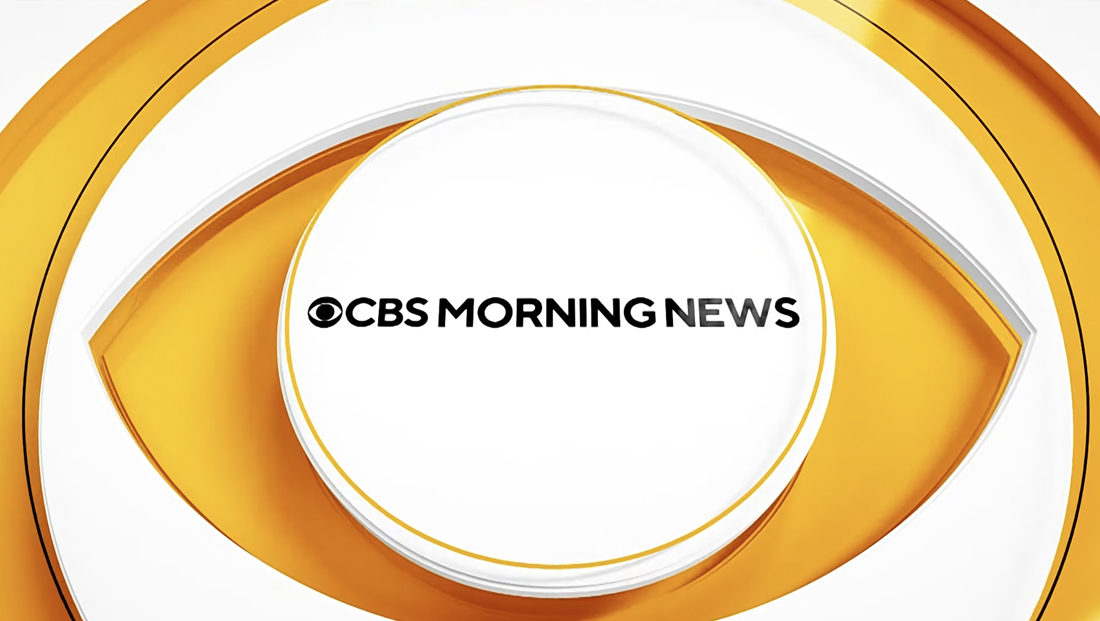 After the debut of “CBS Mornings” with a new graphics package Tuesday, Sept. 7, 2021, the network’s early morning newscast followed suit with a matching look the next day.

“CBS Morning News” switched to a matching look Sept. 8, 2021. It appears some of the opens use a slightly more yellow shade and also leans more heavily on the CBS eye logo over the “Sunday Morning” sun.

The show’s name is also parked in the lower left of the screen in a matching box and shifts to become the top tier of the lower thirds, which match “CBS Mornings.”

The show also updated its background to a darker view visible through a “virtual” window with silver frames, a “frosted” version of part of the “Sunday Morning” sun icon and bright teal accents that is similar to the virtual set extensions used on”Mornings.” 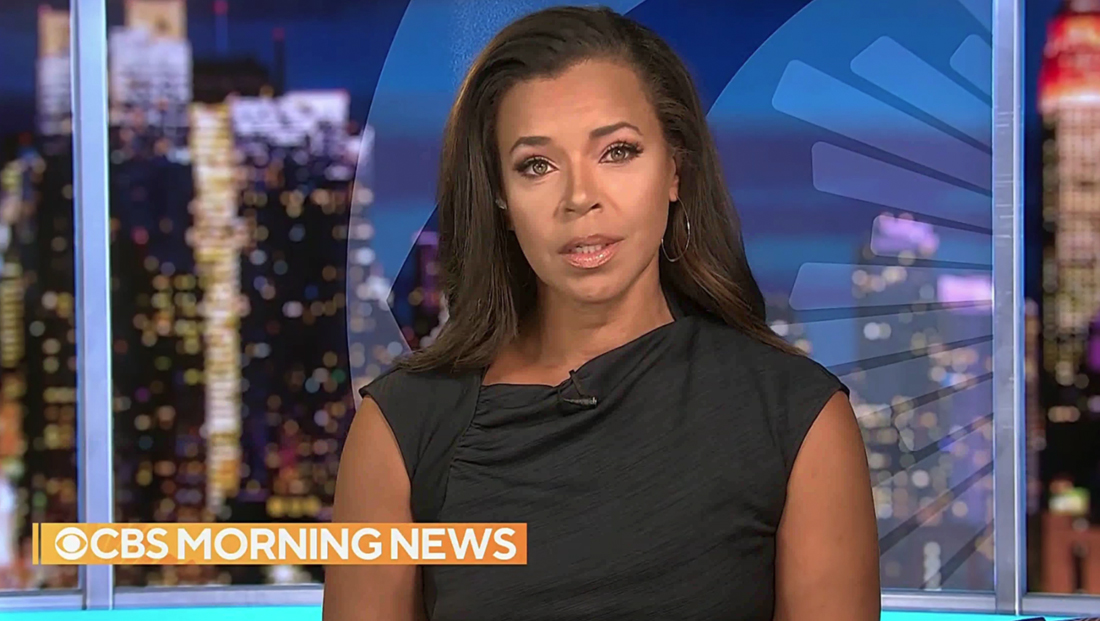 Prior to the change, “CBS Morning News” used a look similar to “CBS This Morning” for both background and insert graphics.

“Morning News” had been originating from Studio 57, the former home of “This Morning,” but has since switched to a simple one shot of the anchor seated in front of a video panel.

“CBS Overnight News,” which uses a look more in line with “CBS Evening News,” did not make any graphics updates Sept. 7 or 8, 2021.

Because a good portion of “Overnight” uses rehashed anchor intros from “Evening,” it makes sense the shows share a look.