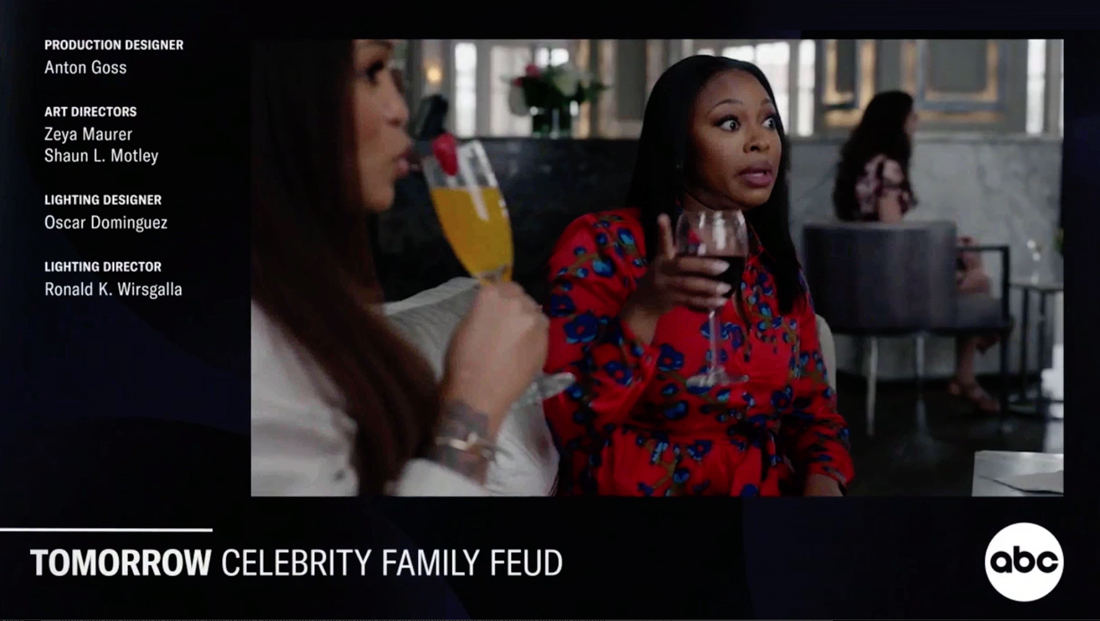 ABC has continued the rollout of its new branding and updated logo design from Trollbäck+Company as the summer winds down.

Throughout August and September 2021, the network began transitioning to its updated logo and flatter look on everything from show opens to network-level bugs.

The bug, or small version of the logo that appears in one corner of the screen, includes a variety of animations.

One version features the letters “A,” “B” and “C” “popping” into the screen before briefly being on screen in white but without a border. The thin border that’s included in the “standard” state of the bug then fades in at the same time the bug decreases in transparency.

A second option includes a transition from the solid, reversed version of the logo to a transparent outline form by using another circular element that slides in or out from the right side of the screen.

The bug can also accommodate sub-branding such as the “Summer Fun & Games” logo perched atop the bug.

In the examples above, taken from the Chicago network feed on WLS, the ABC “Circle 7” logo is visible, but without the updated ABC globe. As of this writing, some ABC-owned stations have started the process of updating logos, but not all.

Most networks give local stations designated times to display their logo as a bug on screen near the top of a show and when returning from breaks. The network typically will leave the space “blank” for a set number of seconds and then its master control inserts the bug.

By this time, the station’s own master control is expected to have removed its bug, though sometimes there are technical glitches that cause a “double” bug to appear.

Another practice is for local stations to position the network bug element (whether it’s the ABC globe, CBS eye or NBC peacock) in their own, local bug design, at the exact same X and Y coordinates as the network uses, in addition to their local channel number or other branding.

This composite GIF shows how the CBS eye in the WBBM local bug is positioned at the exact X and Y coordinates as the network’s translucent bug.

This allows the transition between local and network bugs to be a bit more seamless (CBS, which also adjusted its bug for the 2021 season, is using an approach like this at its owned stations).

ABC has also updated its “squeeze” or “squeezeback” for credits, a layout that’s used as one show is ending that allows the network to meet the requirement of running a show’s full credits but still using the time to promote other programming or even start the next show.

In these cases, the credits are not “baked into” the show video but rather regenerated by the network’s graphics systems and run in the designated space, typically in the network’s preferred font and styling rather than how it would appear in the show’s “real” credits.

In the updated layout, credits appear on the left side, with the promos airing in a boxed-in space that’s anchored in the upper right of the screen.

In many ways, the new design is more of an “L-bar” style approach rather than a true “squeeze.”

The network can insert a text-only tease along the bottom of the screen as well.

“Squeezes” come in a variety of forms. Other formats used by networks over the years include running the credits from the video of the show (as opposed to regenerating them) along the bottom of the screen, sometimes squeezed to the point of hilarity with video above. Networks have also used a bottom of the screen bar to air credits that have been regenerated.

Various sidebar style designs have also been used, including ones with curved edges. 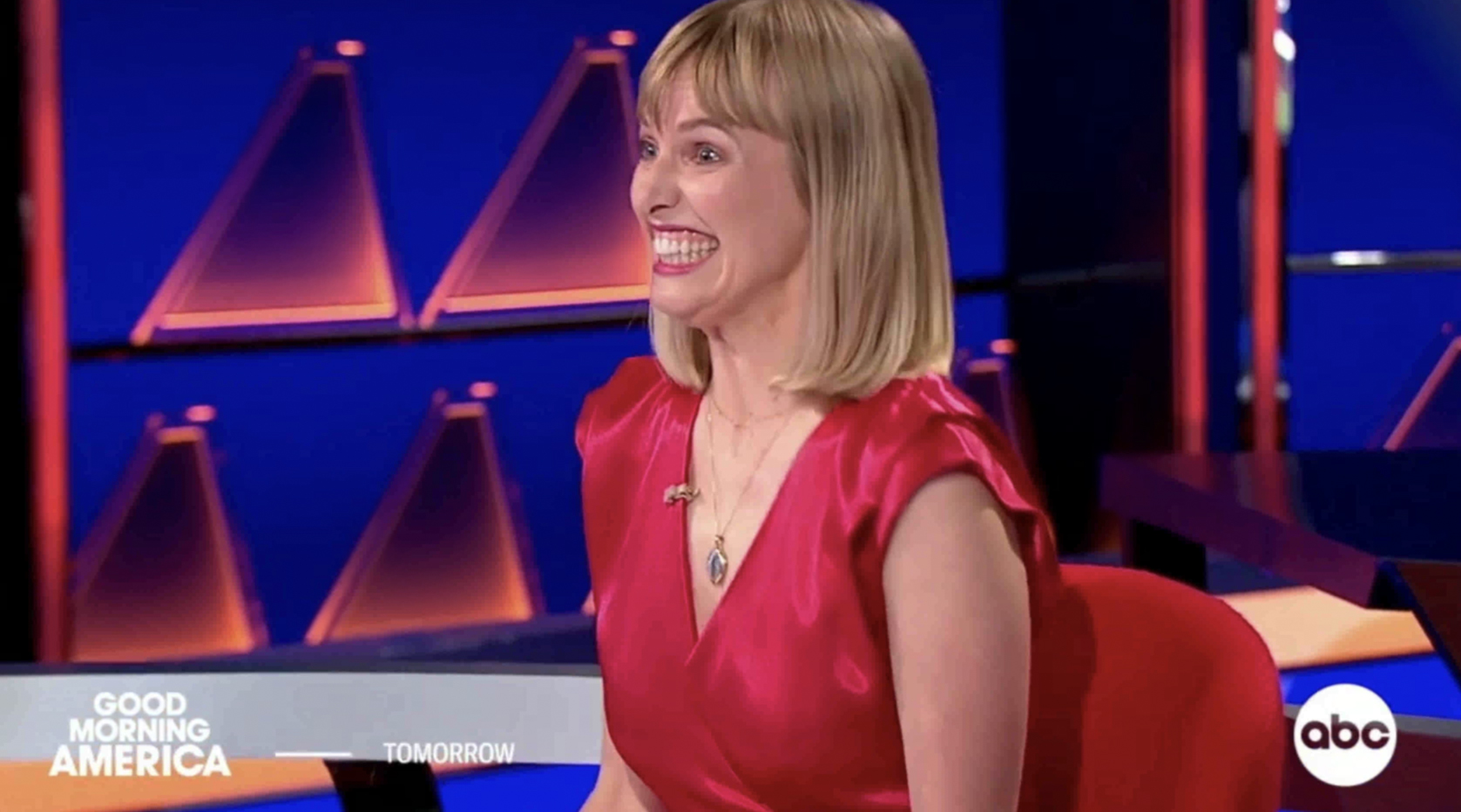 ABC can also insert simple white snipes — or show promos, in the left corner of the screen. The variation shown here includes the ‘Good Morning America’ logo with a decorative line and the text ‘Tomorrow.’ The text is set in a semi-transparent white. 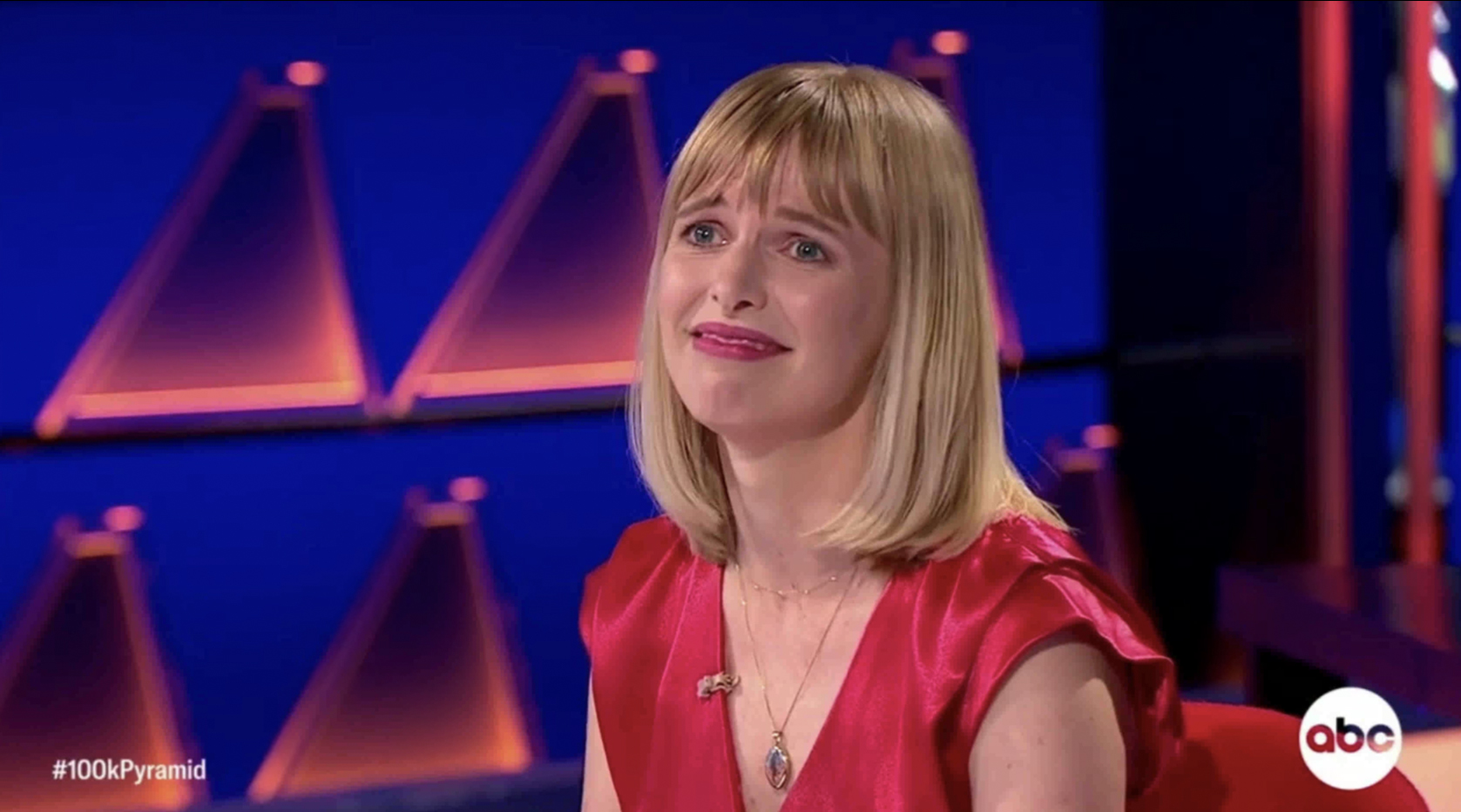 The network also moved show hashtags to the left side of the screen during most entertainment programming. As of this writing, news programming uses different positioning.

ABC has also been inserting a new “ABC Original” title vanity card before select shows on streaming platforms. These are often inserted dynamically rather than being included in the actual show video.