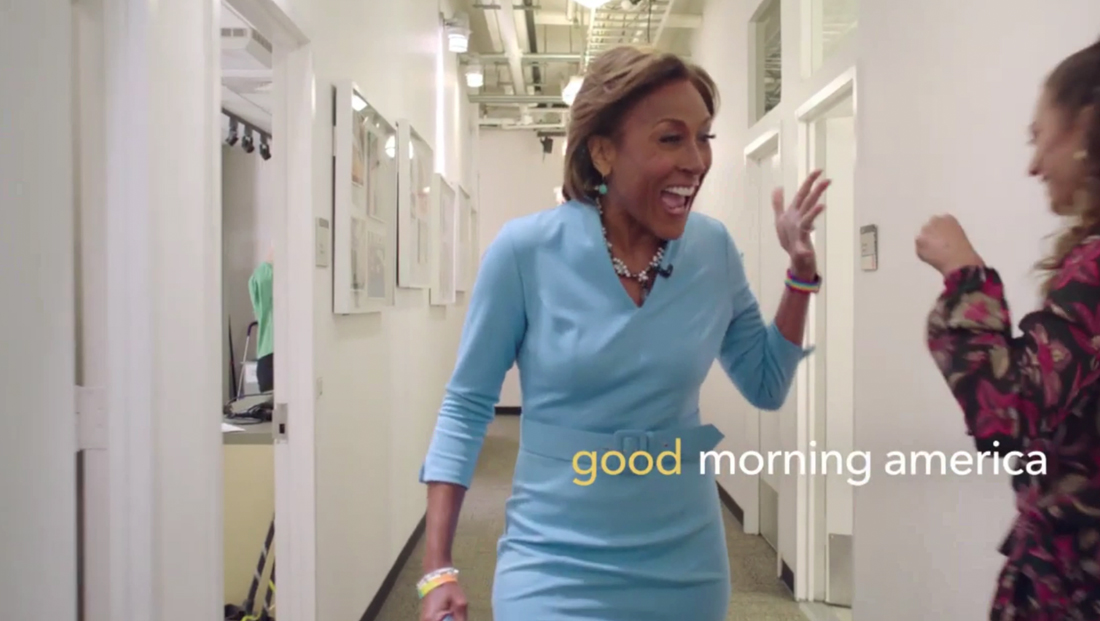 ABC News has debuted a new image campaign for “Good Morning America” that uses Calvin Harris’ “By Your Side.”

The spots, which began airing in the late summer of 2021, feature behind the scenes footage of the “GMA” team cheerfully getting ready for the broadcast and interacting with each other and the studio crew.

Meanwhile, on-screen text includes lines that include “back to hope,” “back to possibilities,” “back out there,” “back with friends,” “back with hugs” and “back by your side,” all of which appear on screen in all lowercase styling.

That “by your side” message is driven home the lyrics of a remixed version of Harris’ “By Your Side” song that used in the background.

The promo comes as reports of in-fighting among the “GMA” talent over a sexual harassment scandal and lawsuit and as CBS re-launched its competing morning show, though ABC typically dominates over CBS in the daypart.

In Chicago, ABC owned WLS is airing a localized version of the promo that combines footage from the national one with similar shots of its own morning news team, and the graphics emphasize the two broadcasts as one.

The campaign tagline is a nod to hope and optimism as well as making the viewer feel like part of the TV “family.”

It’s also similar to the “On Your Side” branding used by many local TV stations, often in connection with consumer or investigative reporting but also used as a general tagline.