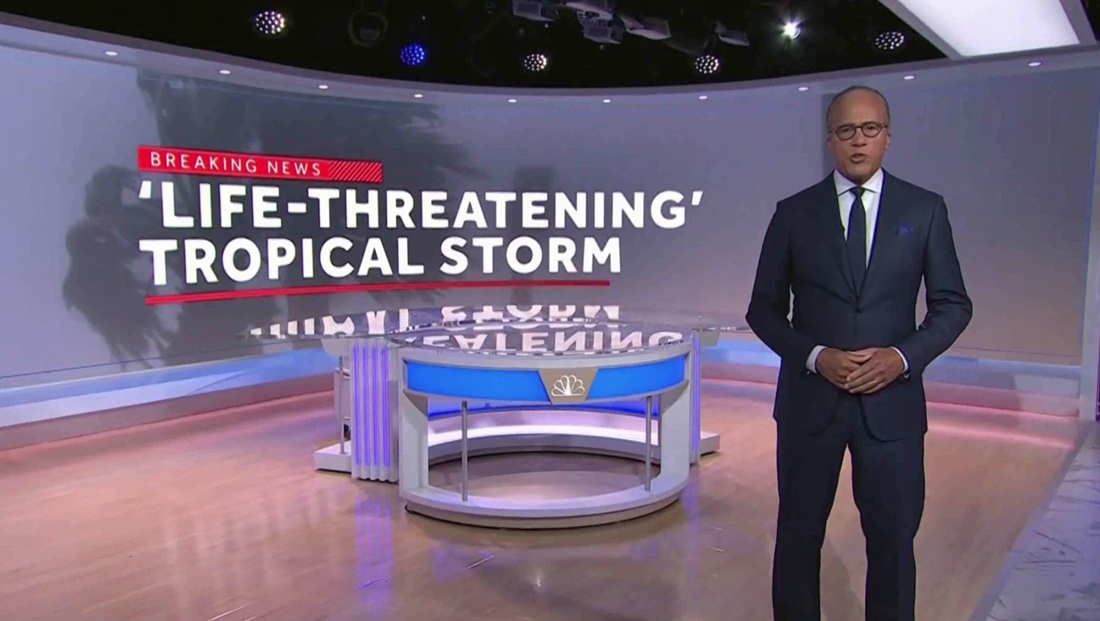 On its second night in its new home, “NBC Nightly News” largely stuck to the shot-blocking and graphical look it introduced the night before.

While it’s not uncommon for broadcasts to tweak looks the day after they premiere, NBC appeared to stick to its look on Sept. 14, 2021, its second night in the space — though there could be tweaks coming and NewscastStudio sources say to be on the lookout for more graphics updates.

The newscast continued to use its old open, lower thirds and tease banners.

Based on the two broadcasts that have aired, it appears NBC is having anchor Lester Holt use the curved 40-foot video wall for the top story, with an emphasis on numerical data points, while also leveraging the flat video wall camera left and the segmented one in the production area. 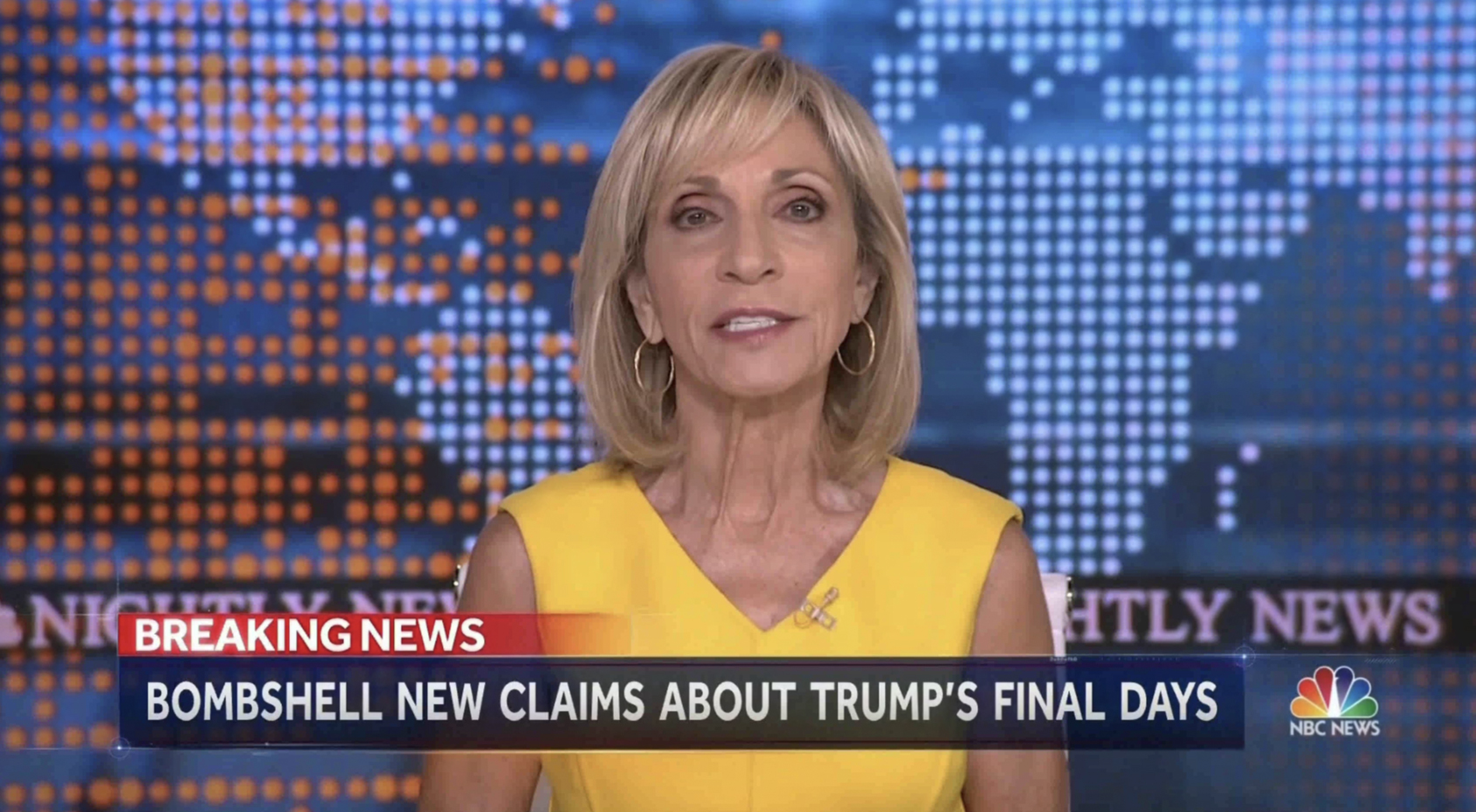 Andrea Mitchell joined from Washington with what appeared to be an updated video wall graphic that uses the matrix style globe motif but in a slightly different color scheme of blue and orange, which appears to be the direction ‘NBC Nightly News’ graphics are headed as evidenced by the flat generic graphics with oversized logotype outlines shown throughout the broadcast.

Holt then stands behind the smaller desk near where the “Today” anchor desk normally lives when there’s an in-studio weather briefing, which has happened both nights but then sits for the remainder of the A and B blocks.

The C block moves to the production area and Tuesday’s broadcast showcased an in studio debrief from Stephanie Ruhle.

The video wall behind Ruhle and Holt switched on air to showcase inflation data when mentioned by Ruhle, though she notably did not speak the specific rate, instead of allowing the video wall to handle that part of the story.

Holt then moved back to the curved video wall for the kicker (D block), which appears to be using a template that incorporates angled elements and overlays to combine a variety of images, a move that may have been at least partially driven by the fact it’s likely tricky to find extremely wide, landscape orientation images that can stretch the entire width of the video wall.

Granted this is hardly a scientific indication of how the space will be used given it’s based on only two shows, but it also could be a sign that producers felt the first day’s format worked well.