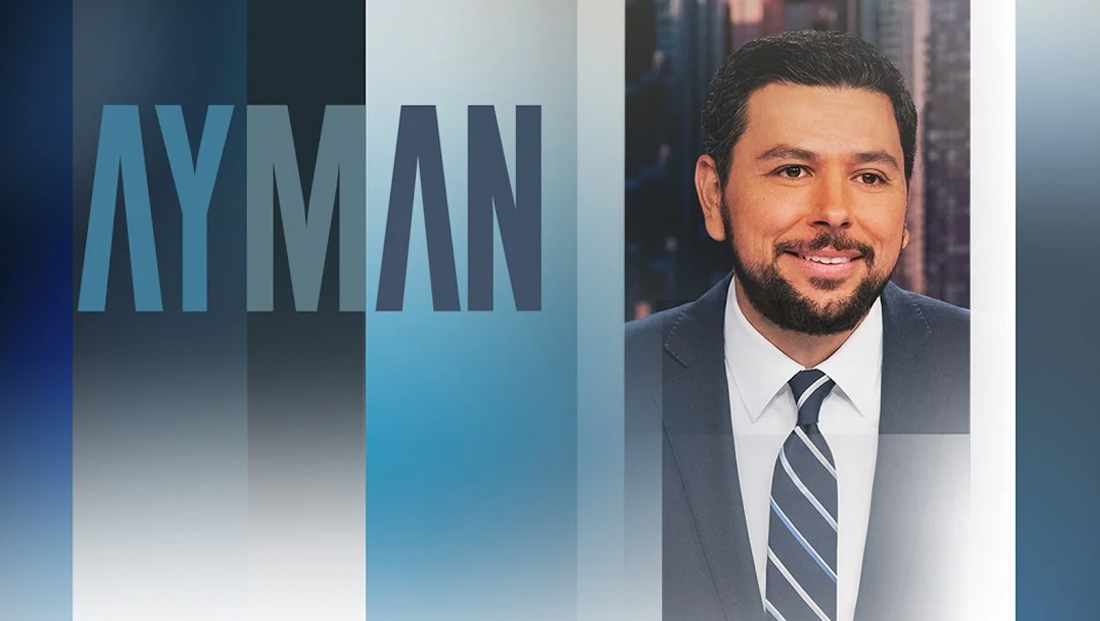 Ahead of the launch of the new weekend show “Ayman” on MSNBC Saturday, Sept. 18, 2021, the network has released the show’s logo and key art.

The design uses a series of blue and blue-gray gradients along with a stylized version of the name “Ayman” spelled out in condensed sans serif, with the “A”s modified to look like what are essentially upside down “V”s.

This design decision helps emphasize the angles in the letters, which are also present, in similar form, in all other letters in the show name.

The decision to use just Mohyeldin’s first name is similar to how the network uses “Velshi” as the title of Ali Velshi’s weekend morning offering.

Mohyeldin was previously anchor of “MSNBC Live” at 3 p.m. eastern, which was later renamed “Ayman Mohyeldin Reports” under a new “Reports” branding strategy.

As part of a series of schedule changes, Hallie Jackson is moving into Mohyeldin’s old timeslot to make room for José Díaz-Balart at 10 a.m., which debuts under the name “José Díaz-Balart Reports” Sept. 27, 2021.