‘CBS Saturday Morning’ launches along with move to Times Square 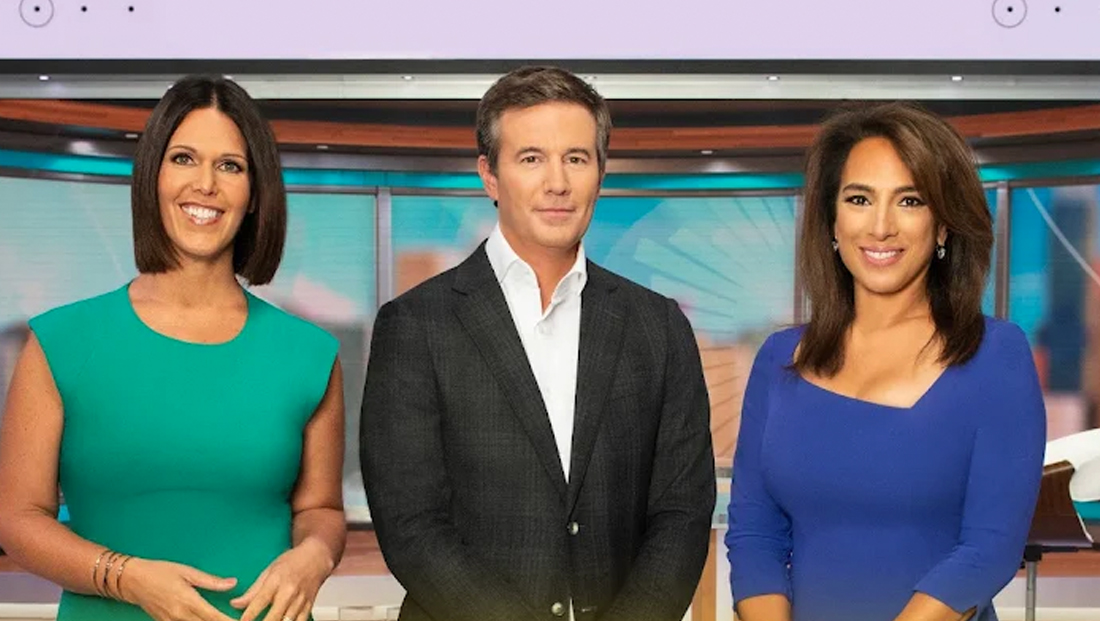 The weekend edition of “CBS This Morning” will rebrand Sept. 18, 2021, and move to its weekday counterpart’s new studio in Times Square.

Starting that morning at 7 a.m. eastern, the show known as “CBS This Morning Saturday” will become known as “CBS Saturday Morning.”

“CBS This Morning Saturday” aired in most markets Sept. 11, 2021, but did not change its name at that time, despite the fact its weekday big sister had already switched over to the new branding.

The show will also move from Studio 57 at the CBS Broadcast Center to Studio 1515 on the second floor of the ViacomCBS headquarters in Times Square.

On Sept. 7, 2021, the weekday editions of “CBS This Morning” rebranded as “CBS Mornings” and added Nate Burelson as co-anchor, who replaced Anthony Mason.

Mason continues to contribute to the show.

CBS announced plans to change over to the “CBS Mornings” and “CBS Saturday Morning” names in order to better align all of its morning offerings with the longtime show “CBS News Sunday Morning.”

The network had tried a similar practice in the past, including rotating through weekday names.

So far the initial ratings indicated that the new weekday show lost viewers across the board — not even getting a slight uptick from folks tuning in to see the new look and co-host.

“CBS Saturday Morning” will continue to be anchored by Jeff Glor, Michelle Miller, Dana Jacobson. The trio have been on hand inside Studio 1515 over the past weeks for photoshoots and rehearsals ahead of the launch.