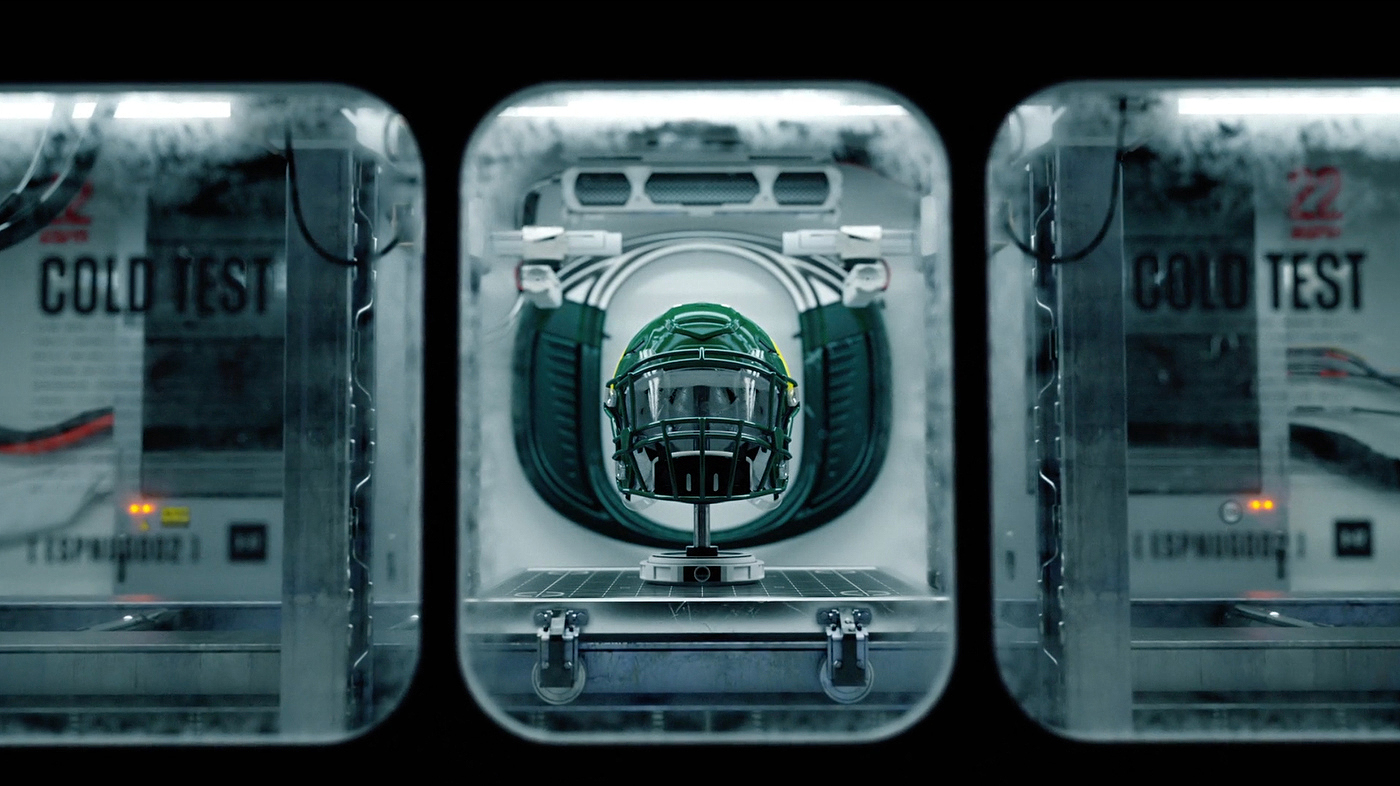 At the start of last year’s college football season, ESPN viewers were treated to a complete graphics and animation overhaul.

With a team of over 50 ESPN employees involved in the aesthetic transformation, the updated visual package would be a massive feat under normal circumstances. But when you learn that the work took place primarily at the homes of ESPN’s Creative Services staff members during the chaos and uncertainty of the pandemic, it’s all the more impressive.

NewscastStudio had a chance to speak with Tim O’Shaughnessy, ESPN’s Creative Director, about the sweeping design change for college football and how he and his team pulled it off during the pandemic last fall.

Designing a full new graphics package is quite the undertaking, especially for not even knowing if there’s going to be a season. How do you even approach something like that with so much uncertainty?

Honestly, I think all of those variables you just kind of need to remove from the equation, right? Meaning that if things play out according to the original calendar, you need to be prepared for that. If things sort of shift and you get a bit of a delay, or maybe there’s a hiccup in a schedule, you still need to be prepared for being ready on day one.

The way I look at it is that whatever happens in the world or whatever happens on the calendar, it doesn’t really affect the goal, which is to make sure that we’re completely ready to roll by week zero. And when you look at it that way it’s really nice because it puts you in your own bubble of logic. You get to exclude the distractions that are happening around us and really focus on the work and dive in. For most of the people on the project, it’s been a gigantic relief and a nice outlet to have something so enormous to focus on during this time. 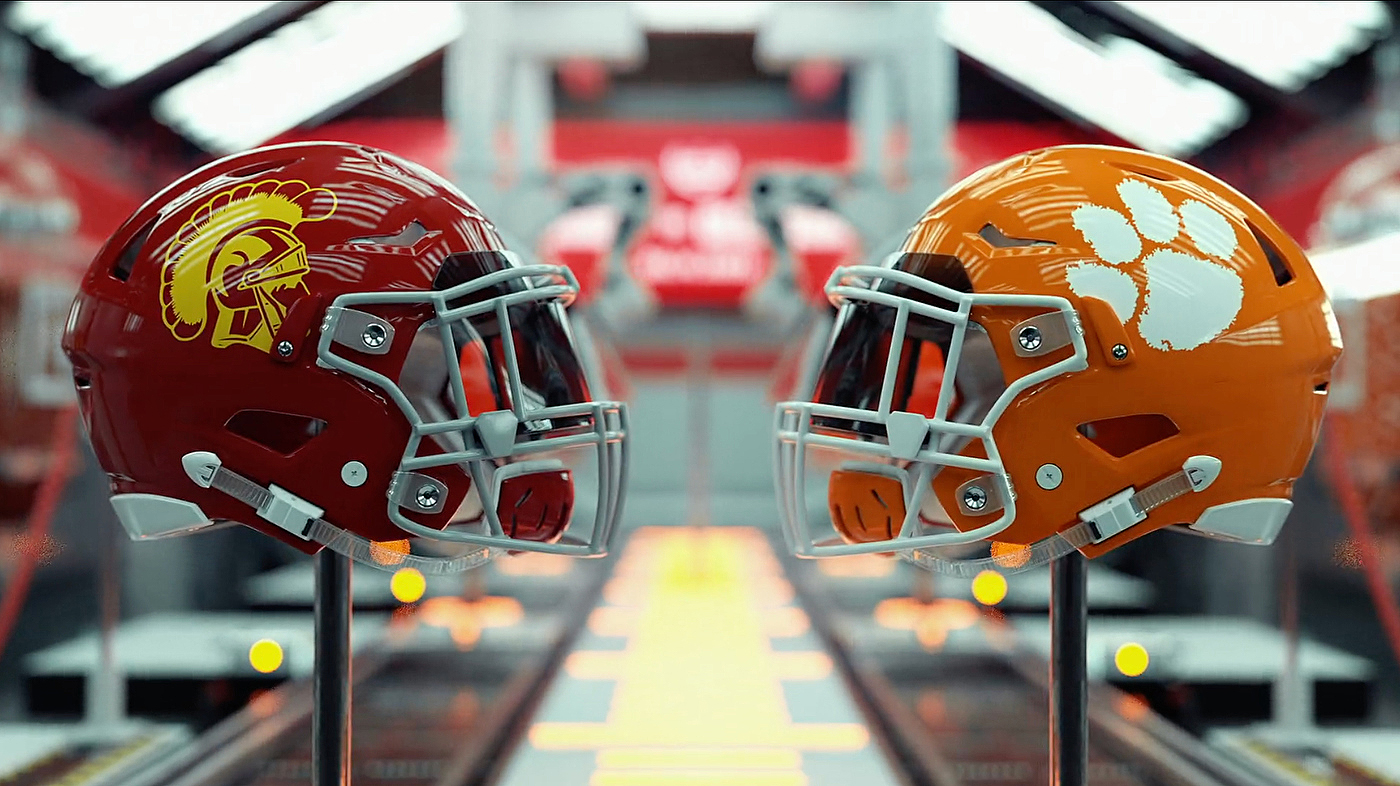 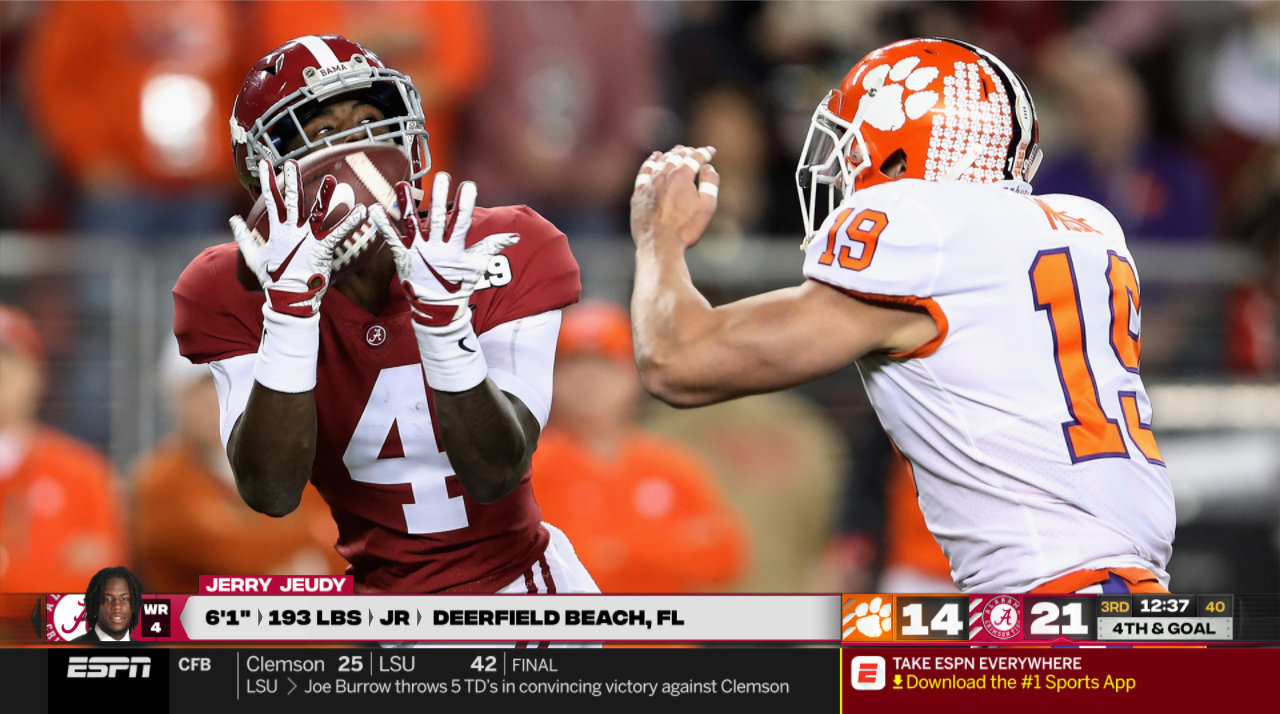 How many assets are in the current package?

It’s a tough one to answer. If you’re looking for a hero number, I would say we’re in the zone of 4,000 to 5,000 individual elements. This is 40 games a weekend between linear and digital, 14 football Saturdays, let alone bowl season. And then there’s all of these other ancillary things that people tend to overlook with college football.

We’ve got many different pre-season award shows and actual award shows. We have the Heisman trophy, and obviously all of the playoffs coverage. This also includes our show college game day, which is in many opinions in the greatest studio sports show of all time.

There’s a scale to it that’s sort of overwhelming and daunting, but through our systemized approach, it really works. One of the things that we’ve done with this new look, which is what separates it from literally every other package, is that we’ve created a handful of different sub-packages within our core concept.

The core concept is the test football facility. 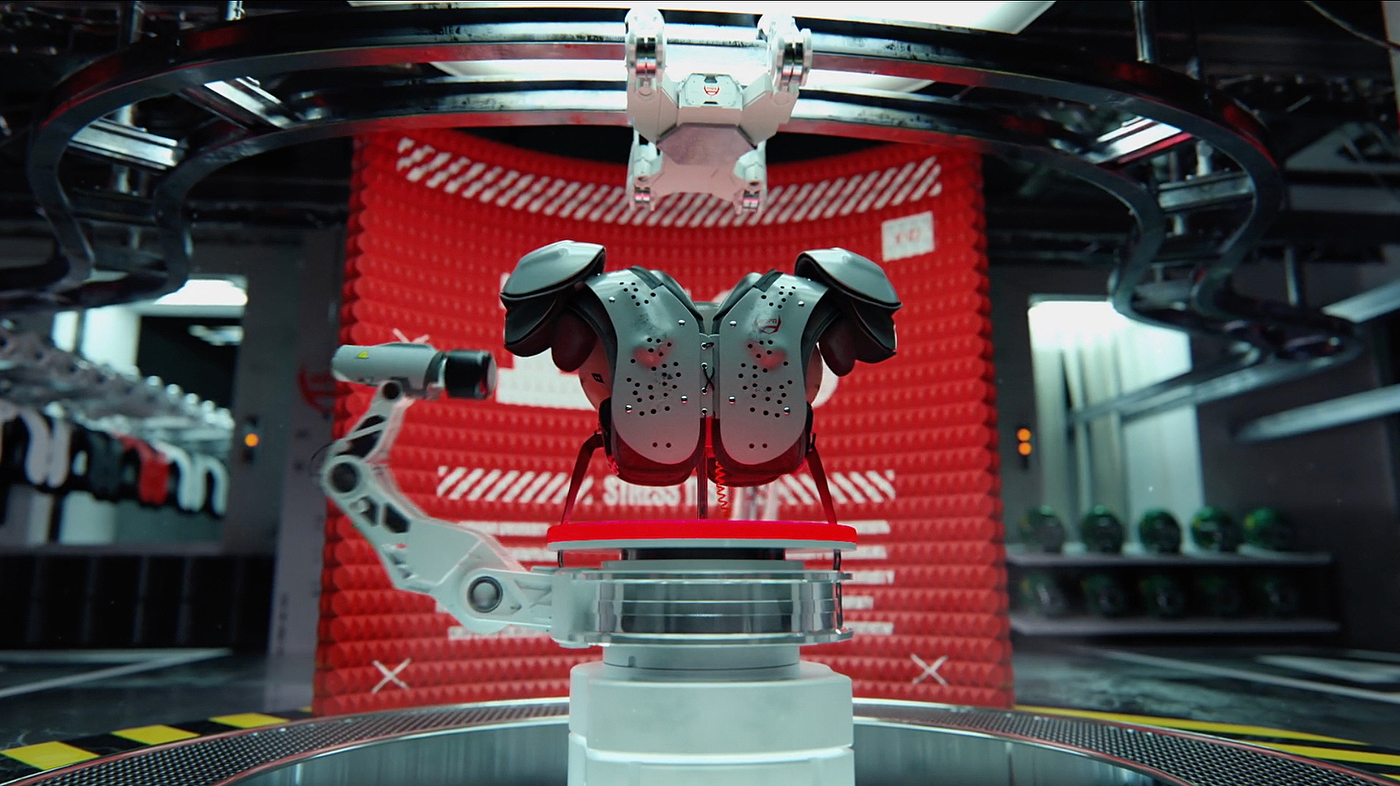 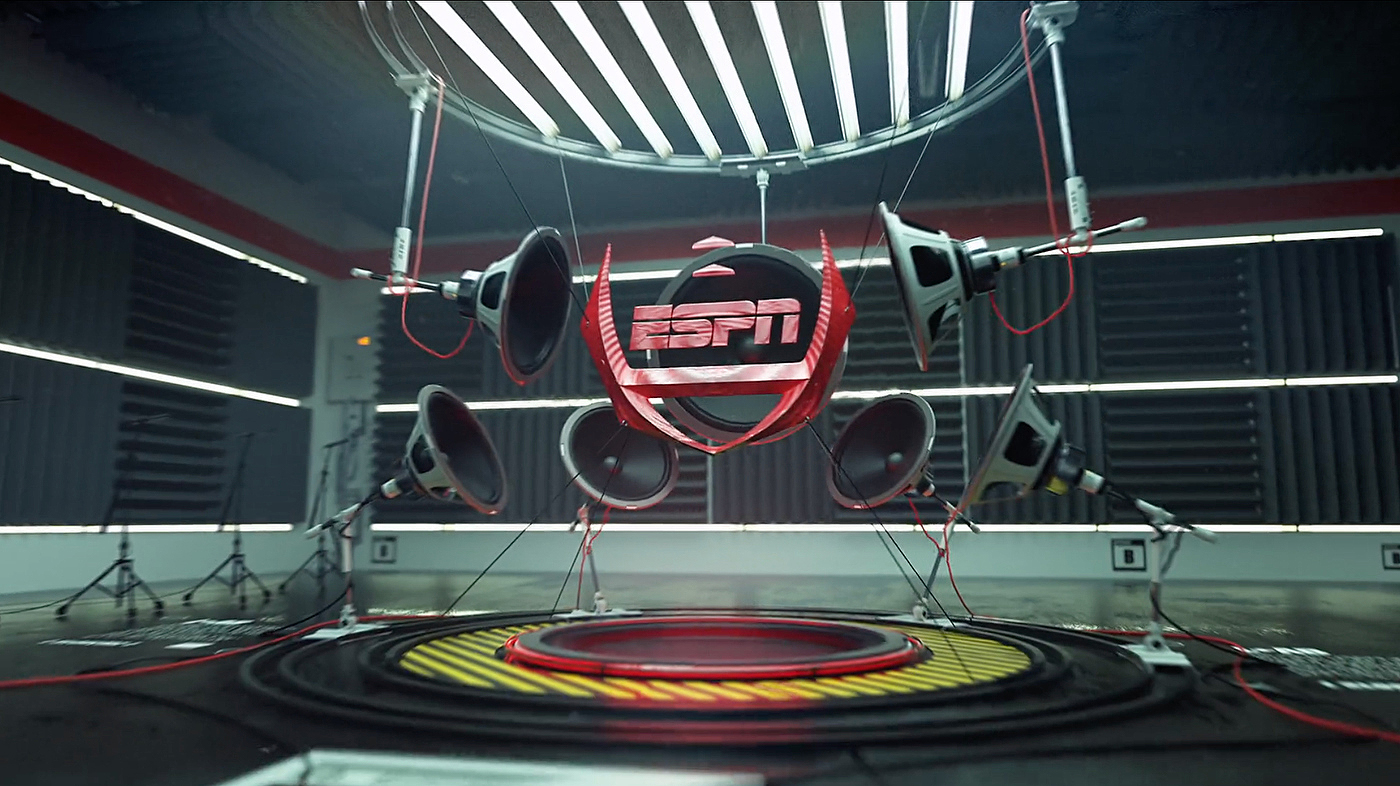 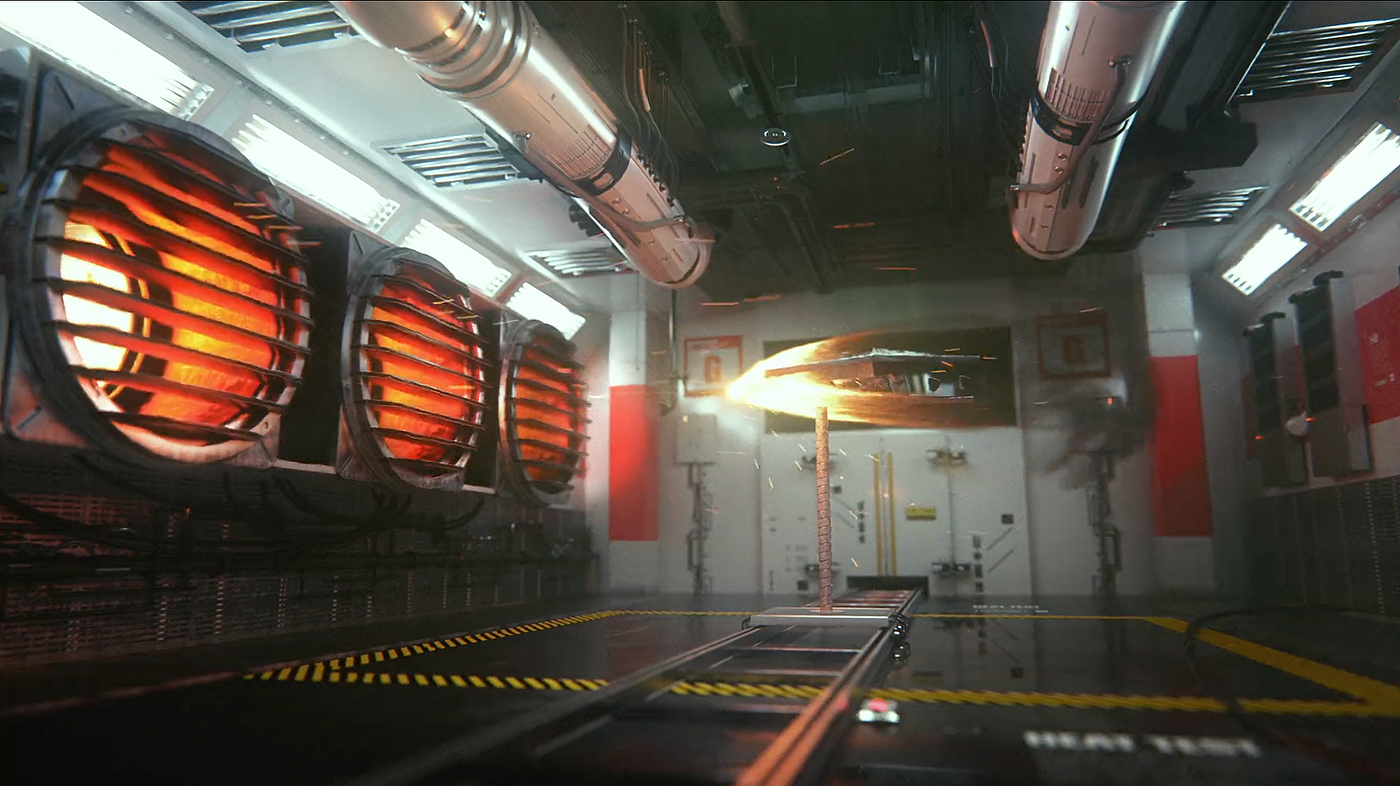 Inside of this facility, we have different elements which we stress test them against cold heat, wind, paint, sound.

There’s a shoulder pad room where we see how well all the elements and machines hold up with collision. Each one of these individual rooms is a unique package for all teams in the FBS. So every programming window and every game will have a different package to it.

What was the process of bringing a project like this to a remote workflow?

In our work from home, we had to pivot drastically.

Since everybody at ESPN is working from their individual houses with unique computers, we had to change the game on how we could create all of this stuff. It became quickly obvious that making 130 team-based elements for a handful of sub-packages would be impossible.

So we pivoted our workflow to get away from 3D rendering for everything and started to use UV maps to render inside of After Effects. It’s a new method for us with the technology that’s existed for a while, but we were able to only render them once out of 3D for that photo-real quality and inject all the team-based elements into that 3D world using Adobe after effects, which is much easier from a work-at-home environment.