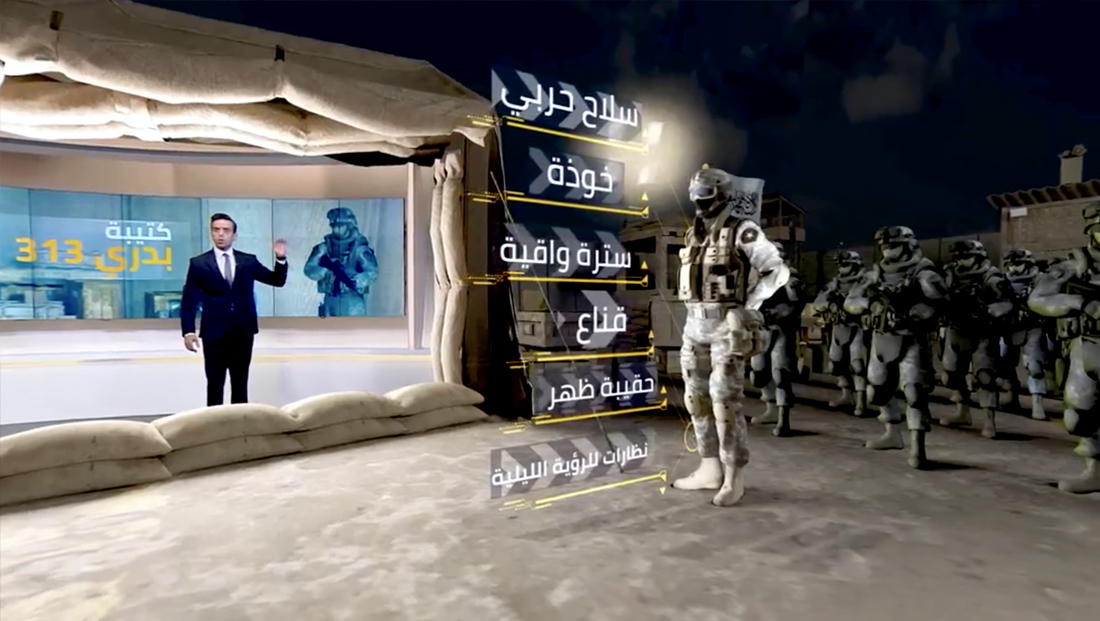 Presenter Wael Alansi starts standing in front one of the network’s video arrays that then pulls out to show that part of the studio has been “placed” inside of a large tent like structure.

The transition from the black glossy floor is covered by a low stack of sandbags and viewers are treated to a variety of views of the soldiers and equipment one might see inside a Taliban stronghold.

Floating text and graphic callouts help advance the storytelling and hone in on key facts while a “floating” screen showcases some headlines about the Taliban’s activities.

The segment was created in house by Al Ghad TV’s creative team and powered by Vizrt’s Viz Engine.