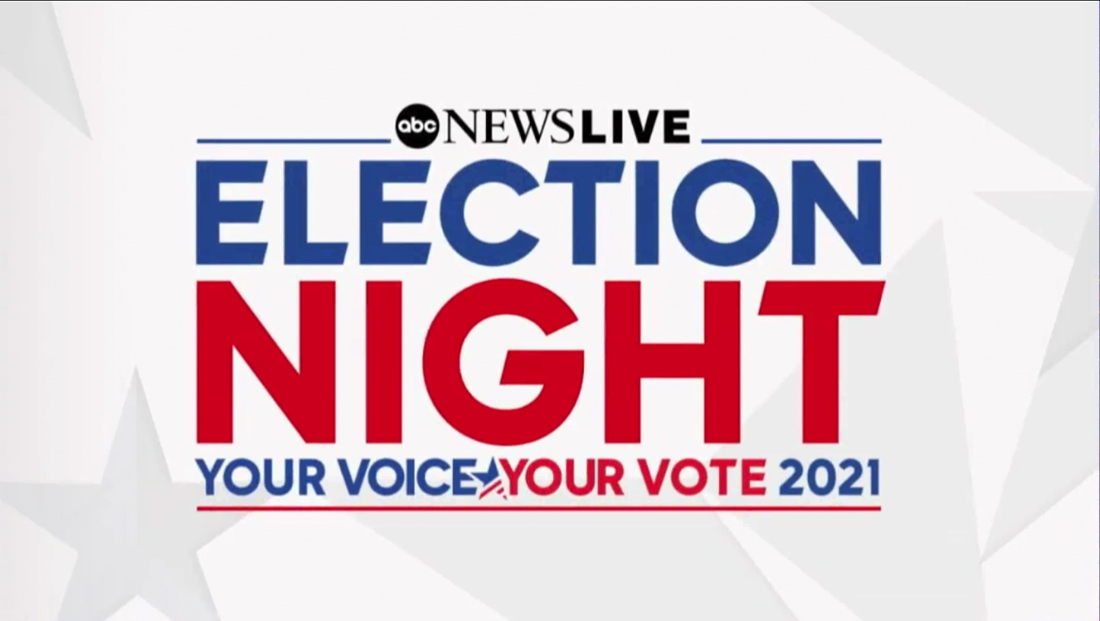 With most political buzz focusing on the 2022 and 2024 elections, broadcasters still had to serve up coverage for election night 2021 in a way that accounted for many of the races not being of national interest.

Although none of the races across the country affected nationwide offices, there were a mix of standoffs for governorships, mayor, Congressional seats and ballot initiatives that drew attention.

None of the big four networks offered extended coverage on their primary air, given the lower level of interest most of the races garnered (and being in the middle sweeps, too) but were able to leverage their owned cable networks or streaming platforms to provide coverage for those interested in ways not possible before.

The NBC News Now coverage originated from the network’s Studio N1 inside its Washington, D.C. bureau, which debuted in January 2021 and is normally home to “Meet the Press.”

MSNBC coverage broadcast from Studio 3A, which reopened in September 2021. The evening saw the network’s first use of the green screen area on the west side of the studio, which was used to create an “outdoor” virtual set extension.

CNN also originated coverage from Washington, D.C., with a notable change: “Inside Politics” host Jake Tapper was primary anchor instead of Wolf Blitzer, thanks to a mew deal the latter signed at the beginning of the year.

In fact, Blitzer wasn’t even in the country — having been dispatched to the climate summit in Scotland and tossed from live a live edition of “The Situation Room” from the U.K. to Washington.

While the words “Election Night” were given prominence, ABC also retained its “Your Voice Your Vote” branding.

Fox served up coverage under its “Democracy 2021” branding with the subtitle of “Virginia Showdown,” a nod to one of the most hotly contested races of the night and what ended up being a key win for the GOP.