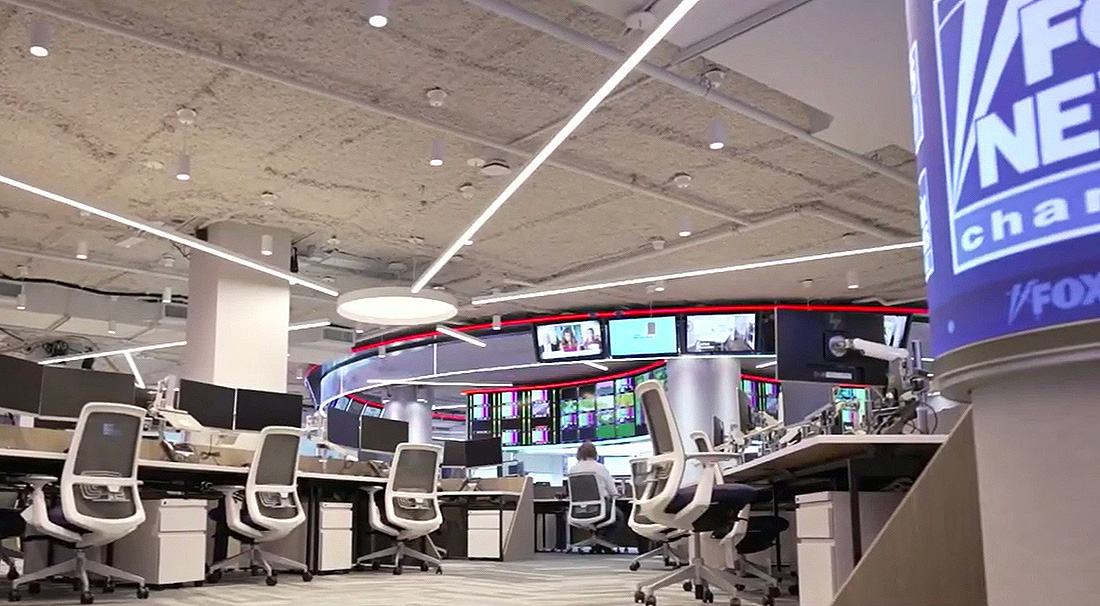 Fox News has officially cut the ribbon on a major renovation of its Washington, D.C. bureau at 400 North Capitol which includes updates to the newsroom, two broadcast studios and four radio studios.

The project, which has been underway for the past 18 months, saw the first updates hit the air in early 2021 with the project wrapping in September just ahead of the network’s 25th anniversary.

Fox News is located in the same building as NBC’s Washington bureau which also saw an overhaul in the past year.

The new newsroom of Fox News in Washington, D.C.

Monitors ring the newsroom space in what producers and on-air personalities call “the compass” or “the ring,” Fox News notes.

This feature, similar to one found in New York City, includes 12 75-inch displays and an additional 40 32-inch displays outside of the ring. These monitors include a variety of feeds from live cameras, remote positions and from Fox News Media’s various facilities.

The majority of the bureau’s staff was remote during the upgrades, due to the pandemic, with many still working remotely today as well.

Studio One, which includes a windowed view of Capitol Hill, is the primary home of “Fox News Sunday” along with weeknight shows including “Fox News @Night” and “Special Report.” The studio, which debuted on September 13, 2021, includes a large Planar LED video wall along with a smaller tracking LED wall. 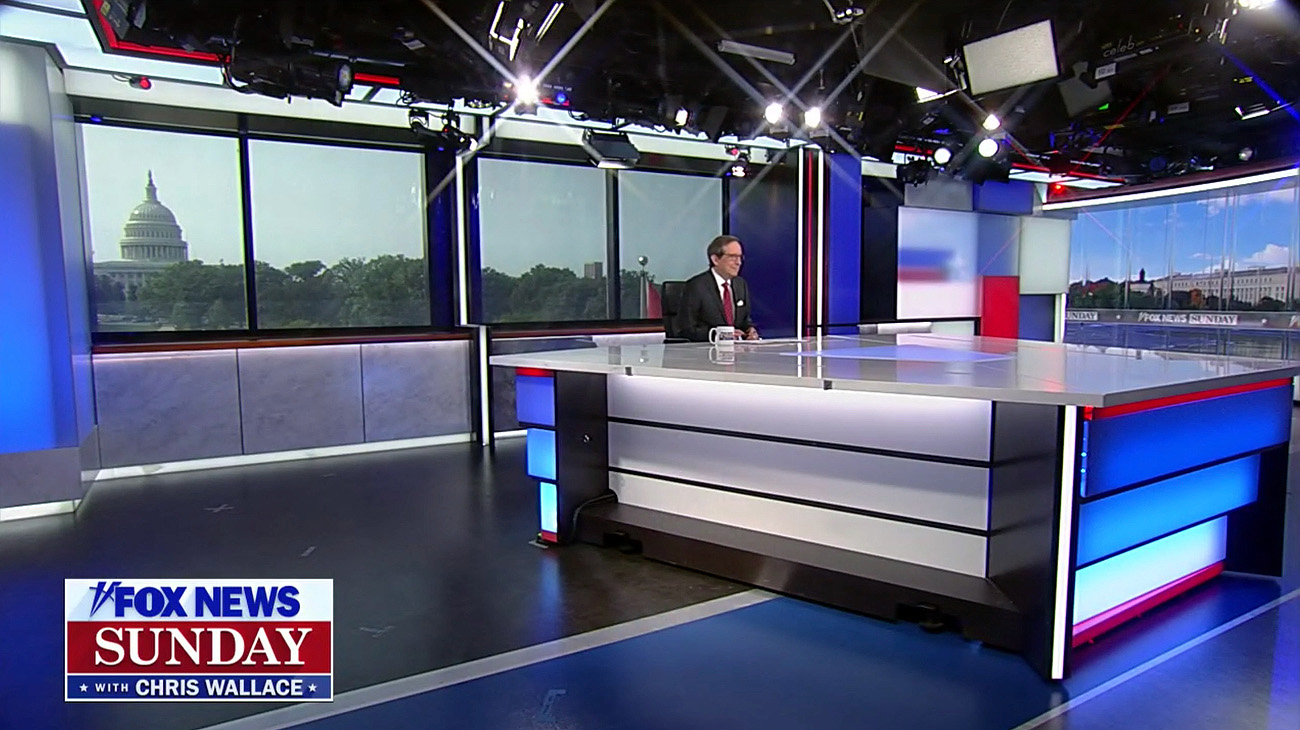 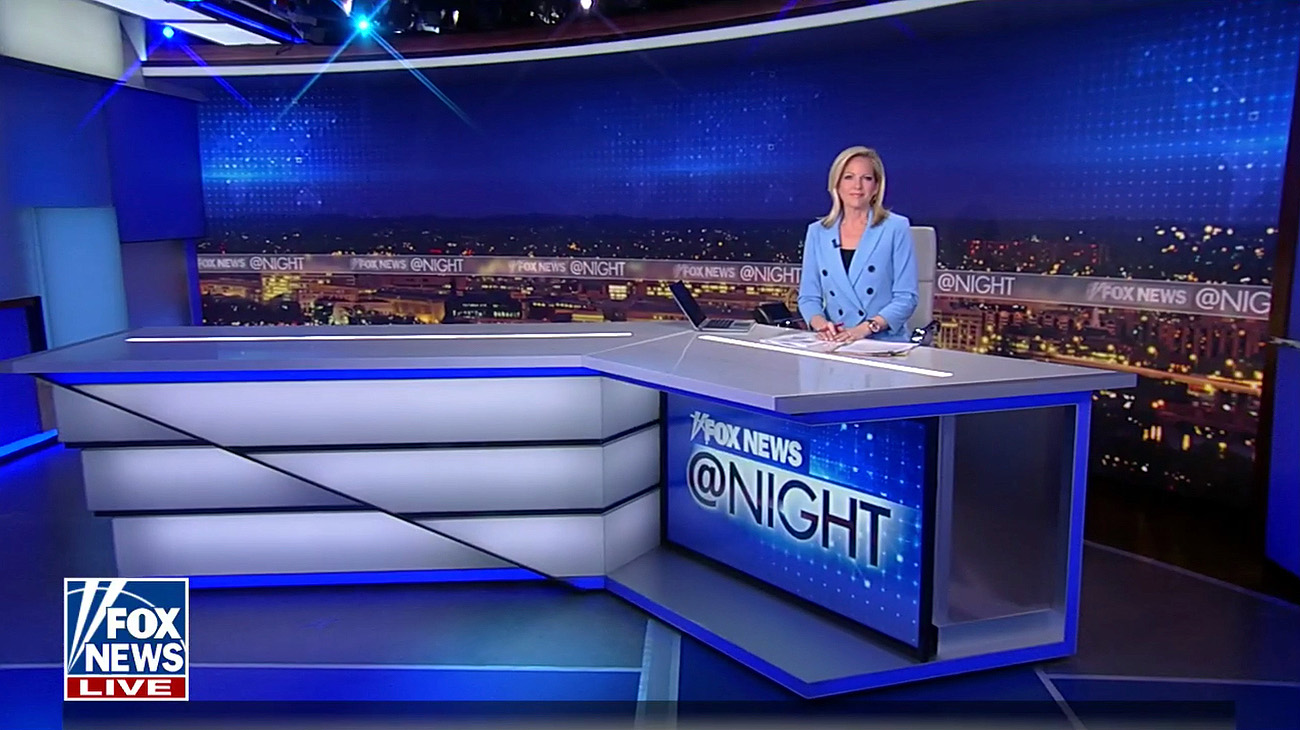 The set’s main anchor desk, which includes a series of internally lit bands, can be reconfigured and re-lit in a variety of ways depending on the show.

Studio One includes a generous amount of lightboxes with some faux-stone elements mixed in.

Studio Two went live in March with a variety of programs using the space both permanently and temporarily including “MediaBuzz” and “America Reports.” 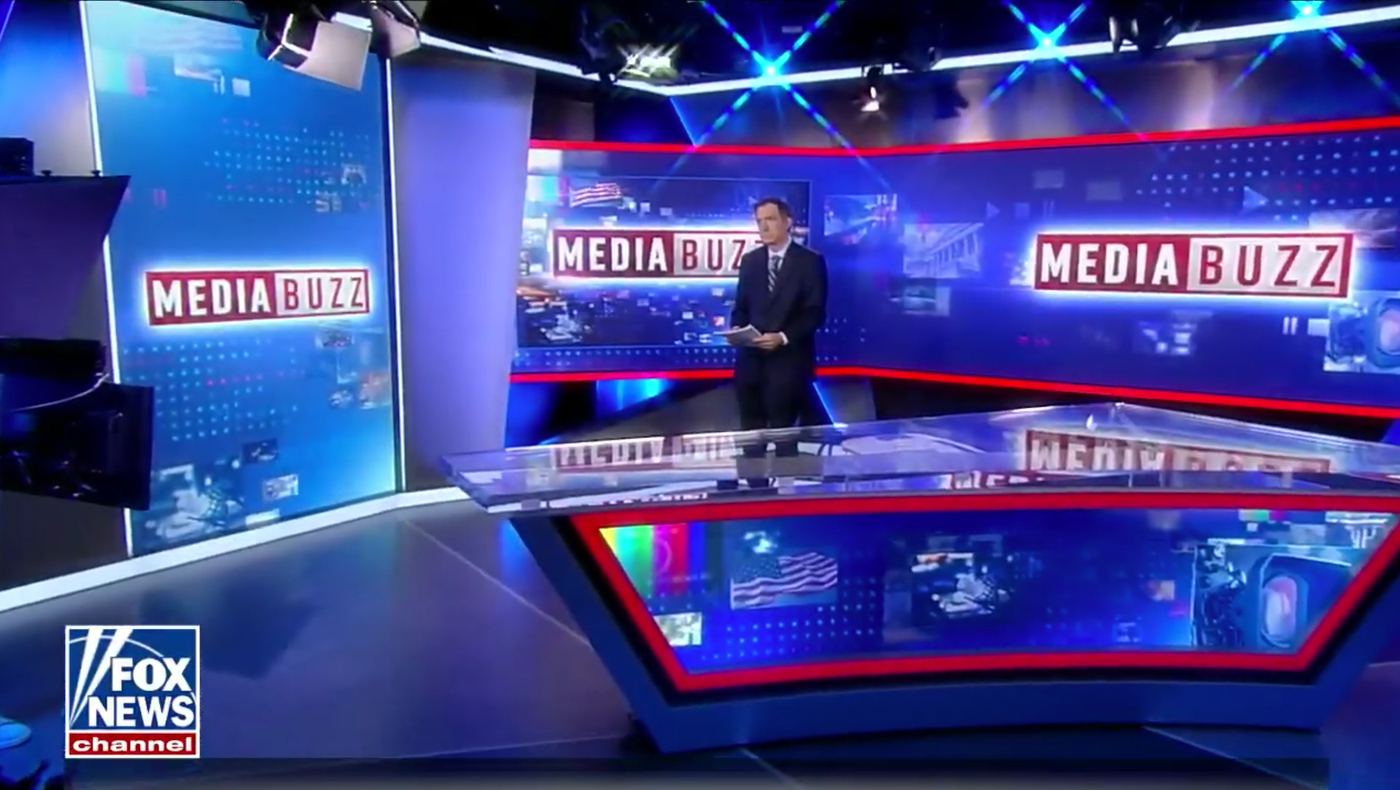 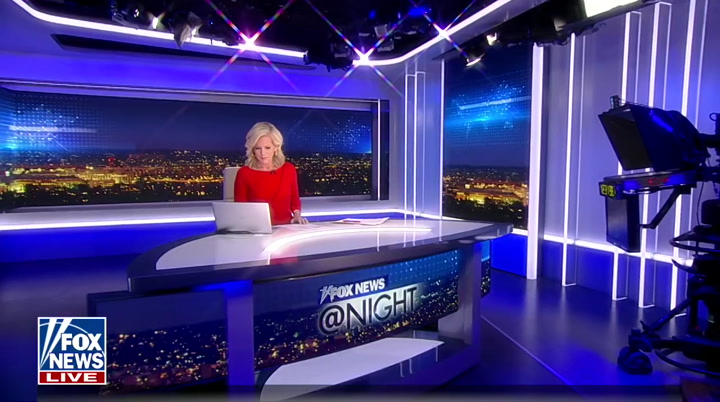 Angles and edge-lit acrylic fins are featured in the space along with two LED-fronted anchor desks.

Both studios rely on Vizrt solutions to drive the various LED displays and handle graphics layout with the new facility including an updated server room to handle the increased workload.

On the radio side, four studios have been renovated with the latest in technology including PTZ cameras and lighting for potential streaming. The radio control room, as well, now includes lighting control and a video switcher to enable this production. 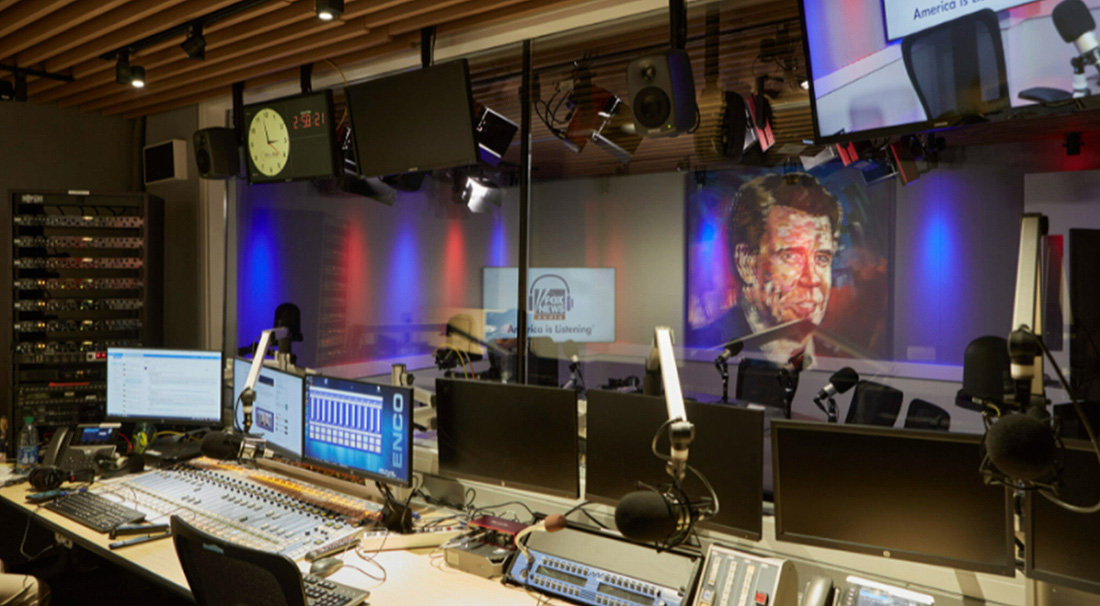 Outside of Washington, additional studio and infrastructure updates are expected in the coming months in New York City. This year also marks the launch of Fox Weather, a new OTT streaming network from Fox News Media.