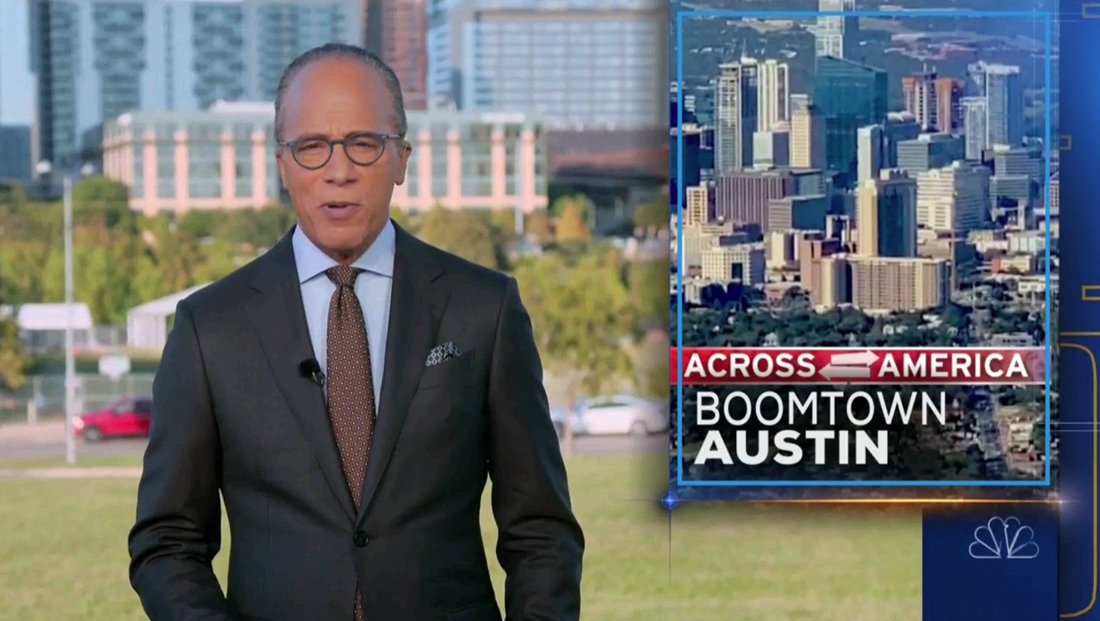 With Lester Holt on his sixth “Across America” tour for “NBC Nightly News” starting Nov. 1, 2021, he’s also without a studio — instead anchoring the broadcast from landmark outdoor locations throughout the cities he visits.

For years now, “NBC Nightly News” has been heavily dependent on rear projection and, later, LED video walls to showcase graphics and backdrops behind anchors.

In September 2021, the show moved from its already video wall-heavy studio to Studio 1A, the home of “Today,” which boasts a 40-foot curved video wall along with additional LED added during a renovation earlier in the fall.

These digital canvases became even more integral in the broadcast, as the network started to work in showcasing data points and quotes for its lead story using a combination of techniques.

When Holt anchored “Nightly” from Los Angeles in October 2021, the network was able to recreate much of the same look.

However, short of hauling around an portable outdoor LED array, “Nightly” doesn’t have the luxury of a video walls in its temporary, outdoor setups.

Of course, one of the main points of the tour is to showcase the cities themselves, but most newscasts still use more traditional, overlay style OTS graphics when in the field.

“Nightly” updated its OTS template look to incorporate the oversized gold outlines of the “Nightly News” logotype on the far right (OTS is short for “over the shoulder,” a reference to their typical position on screen just off to the side of the anchor’s shoulder).

The graphics still remain in portrait orientation and have gained a light blue border just like the video wall graphics used in studio, though those are landscape orientation.

In addition, the new design features a “laser line” and corner “light bursts” that are taken from the network’s current lower third banner design but don’t quite match the new, flatter look. 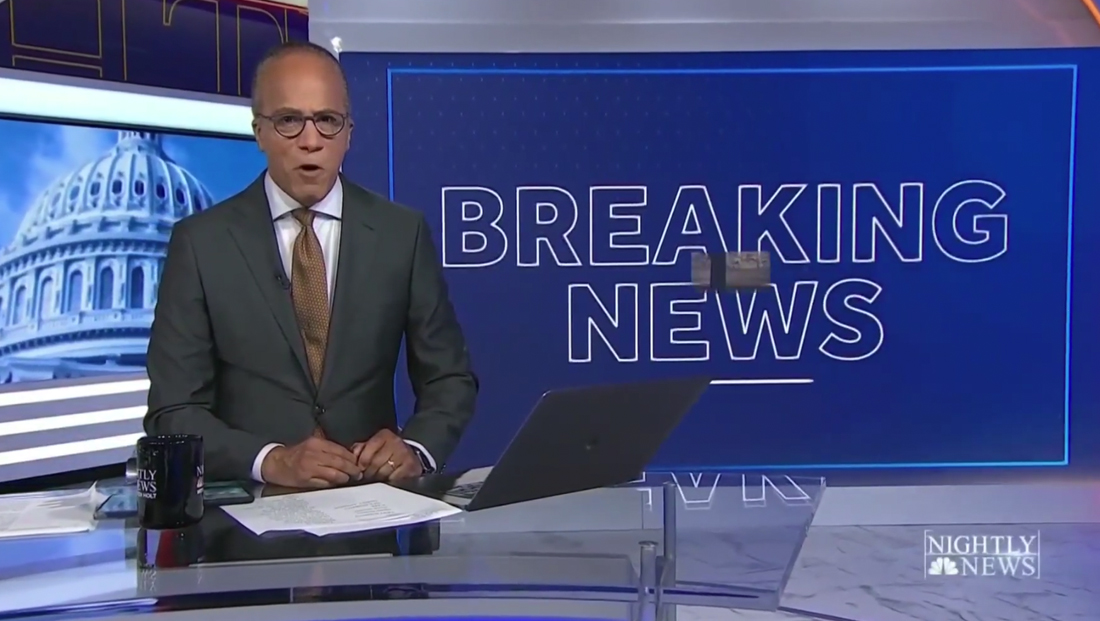 In some broadcast circles, the ‘breaking news’ graphic shown in this file image from ‘NBC Nightly News’ from Studio 1A is referred to as an OTS or OTS-style graphic. Unlike a ‘traditional’ OTS, which is inserted over the video feed downstream of the camera, these types of graphics are fed to a LED video wall that’s behind the anchor and the camera captures both the person and graphic, as well as other portions of the set, in the same shot. It’s also worth noting that the image of the Capitol to the left of Holt is sort of like an ‘over the other shoulder’ graphic, if you will, since it’s a separate image on a separate video wall.

Effra is still used to insert headlines over the space and the “swiping” animation effect to switch between images in the OTS has been retained as well. Both of these elements have been longtime staples of “Nightly” graphics and the overlay OTSs.

It appears, at least for the week of Nov. 1, “Nightly” is using an effect that “pushes” or “nudges” Holt’s live camera feed over to one side of the screen when the OTS is inserted — rather than having the camera operator adjust framing to accomodate the graphic by leaving a void on one side of the screen.

This is technique that’s also used at NBC’s owned stations starting with Look N and in the current Look S.