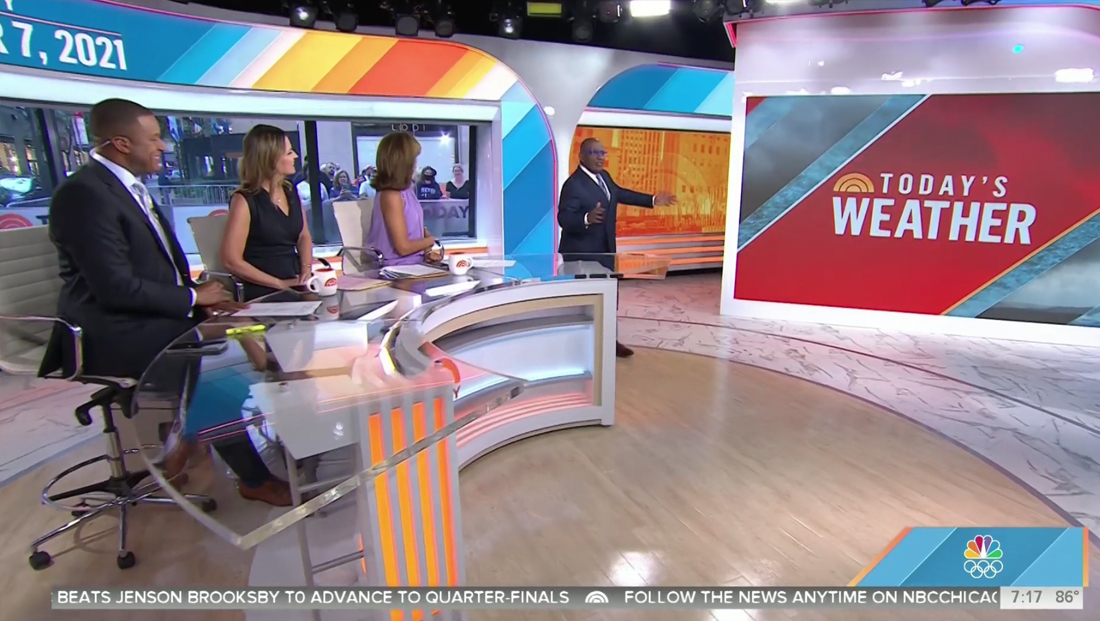 NBC News unveiled an updated look for its iconic Studio 1A that adds glossy curved elements to the space as well as an updated anchor desk.

The look debuted Tuesday, Sept. 7, 2021, after several weeks of construction. During this time, the show was anchored from the satellite production area upstairs and outdoors on the plaza. 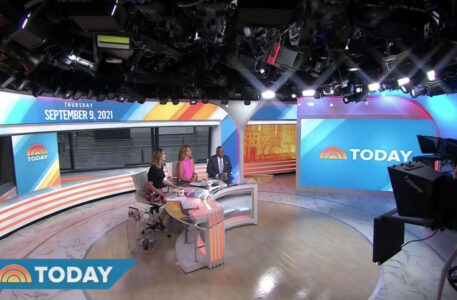 The basic layout of Studio 1A remains the same, including the large video wall leftover from the network’s 2020 election set, which used the space, that was eventually moved to cover the Orange Room, a social media work area. 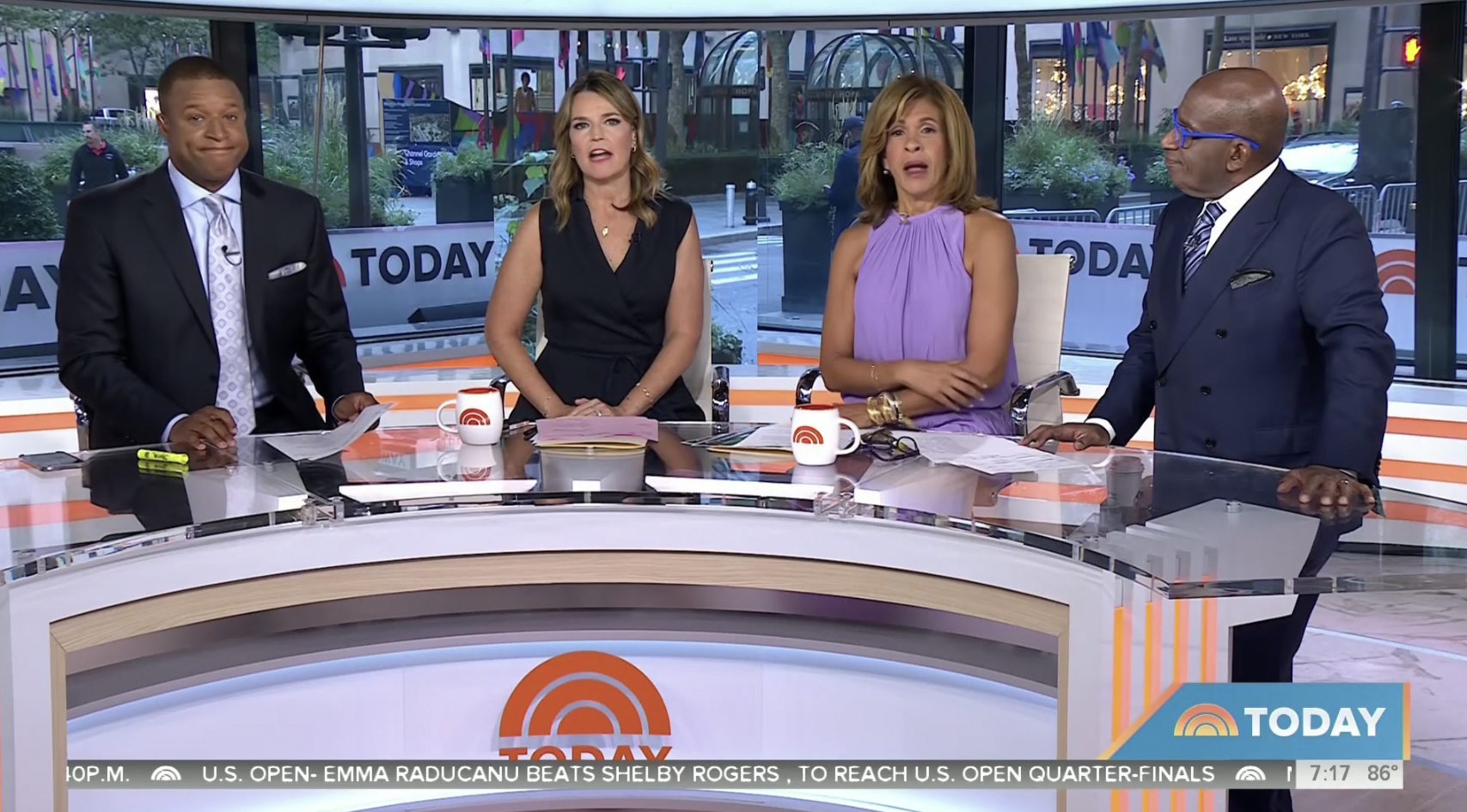 Home base is still in the corner with a vertical LED column between anchors and the so-called “production area” still features motorized video panels.

There’s an updated curved anchor desk that can accommodate a combination of talent sitting or standing that features lighter wood, integrated vertical LED accents and a light gray frame. 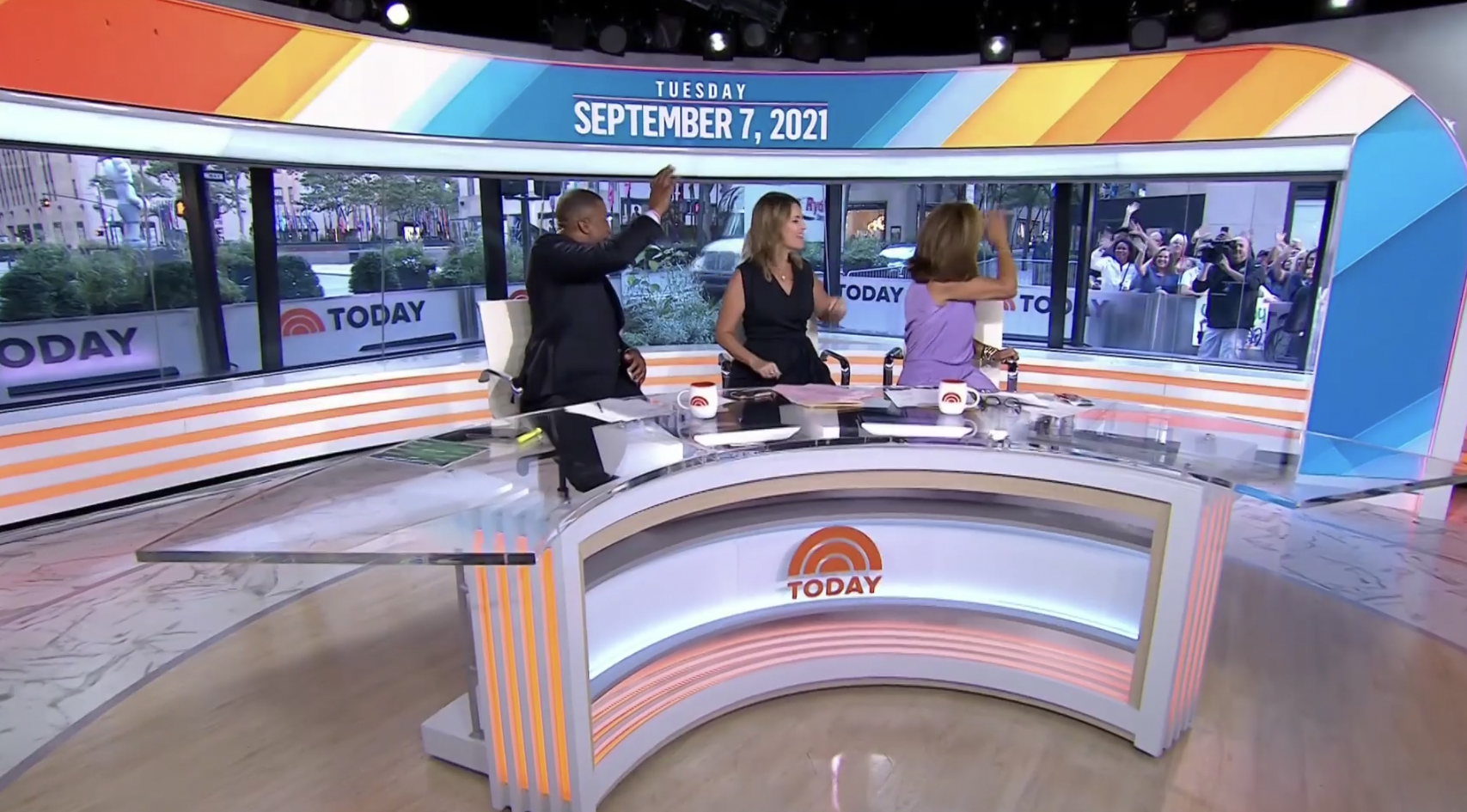 Overall, Clickspring Design’s Kendra James, who was the lead designer on the project, worked hard to unify the design language from throughout the space, which has elements that have been added and updated over the years.

“Additional LED was designed into vertical columns as a way of unifying the vocabulary on the northeast side of the studio,” explained Emmett Aiello, chief creative officer at Clickspring Design. 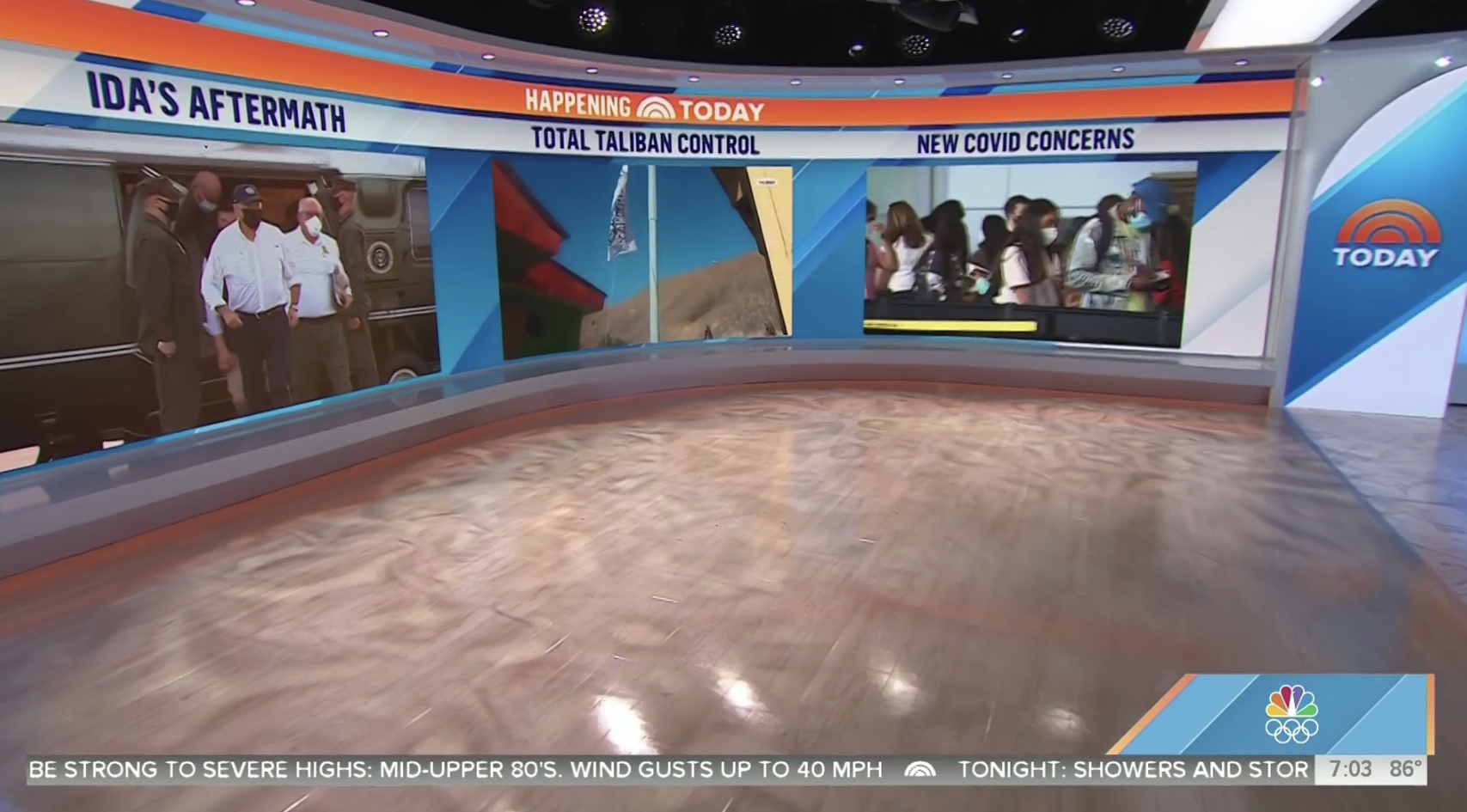 This included replacing the structure flat column with a dimensional “Today” logo (that could be covered for special events such as election coverage) with an LED column.

“We also took the existing automated LEDs and designed both new scenic enclosures for the units themselves as well as a new scenic surround for the area, again as a way of giving the design archeology of the studio a unified language,” said Aiello.

The new scenic surrounds feature dramatic curved cutouts in a high gloss white with edge lighting that are a nod to the art deco style found in Rockefeller Center’s original architecture.

The curves also have a nice tie-in to the show’s sunrise logo and, in a more abstract way, the “tips” of the NBC peacock’s feathers. It’s also provides a sharp contract against the shows rectangular and diagonal graphics package it debuted in May 2021.

In addition, the design element has visual ties to the support structures that hold up elevated train tracks in cities such as New York, while also conjuring comparisons to train or subway “tunnels” or similar openings.

The studio also now boasts a unified knee wall with horizontal color-changing LED bands, previously there was a mix of custom-crafted credenzas and white panels with accent lighting.

The 40-foot curved video wall added in 2018 remains, as does the glass “Today” logo sculpture.

To help further unify the design, that video wall leftover from election night now features a curved surround on its camera right side, making the video wall neatly “tuck in” to it. 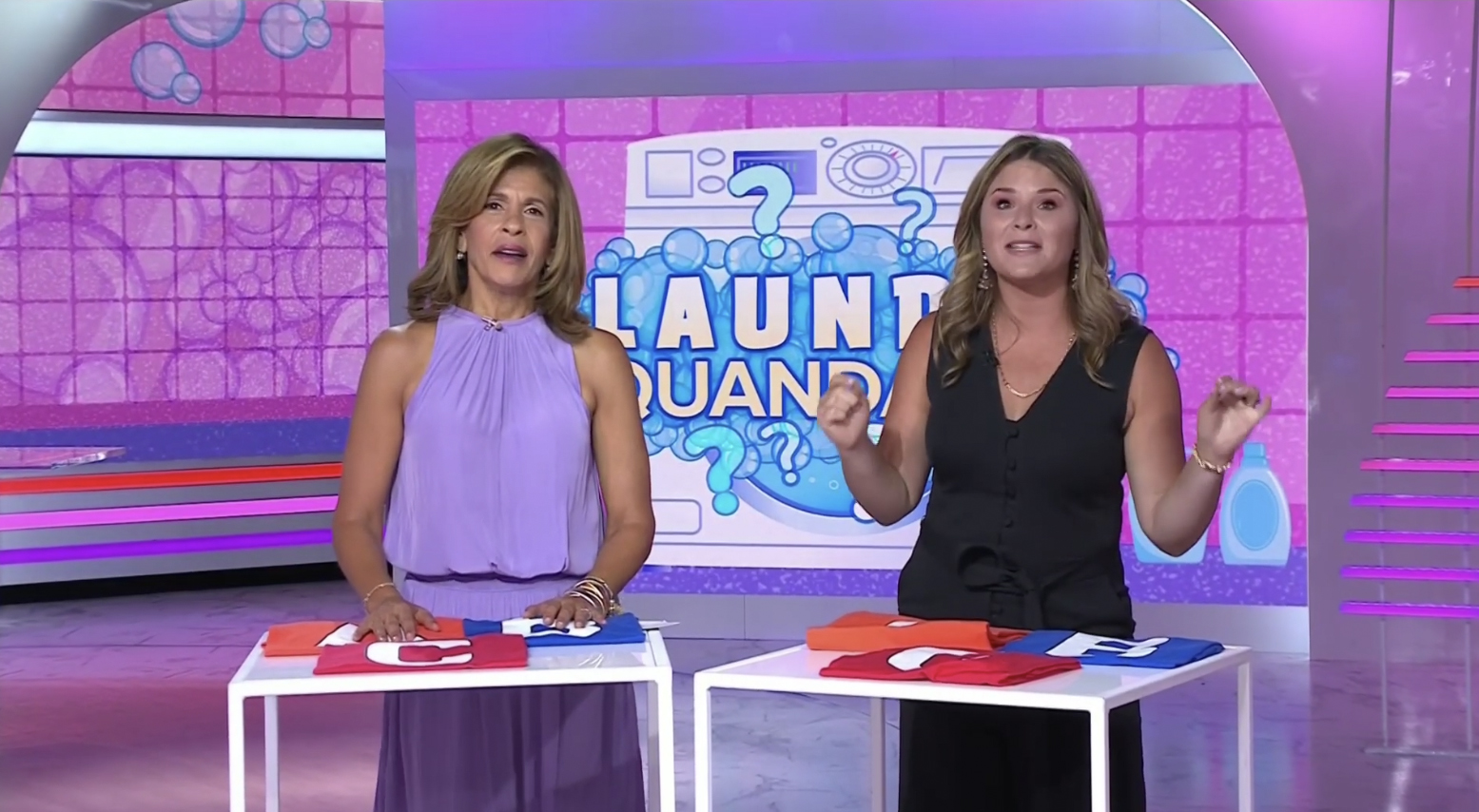 In this view from ‘Today with Hoda and Jenna,’ the layering effect the curved surrounds add is visible.

Taking inspiration from the art deco theme, the production area, a flexible area backed by windows with a motorized six-panel video array in front of it, now also features a vertical screen with curved patterns.

Studio 1A also got an updated to its floor — it now features what appears to be simulated white marble and light wood segments with dark gray lines used to define certain areas. 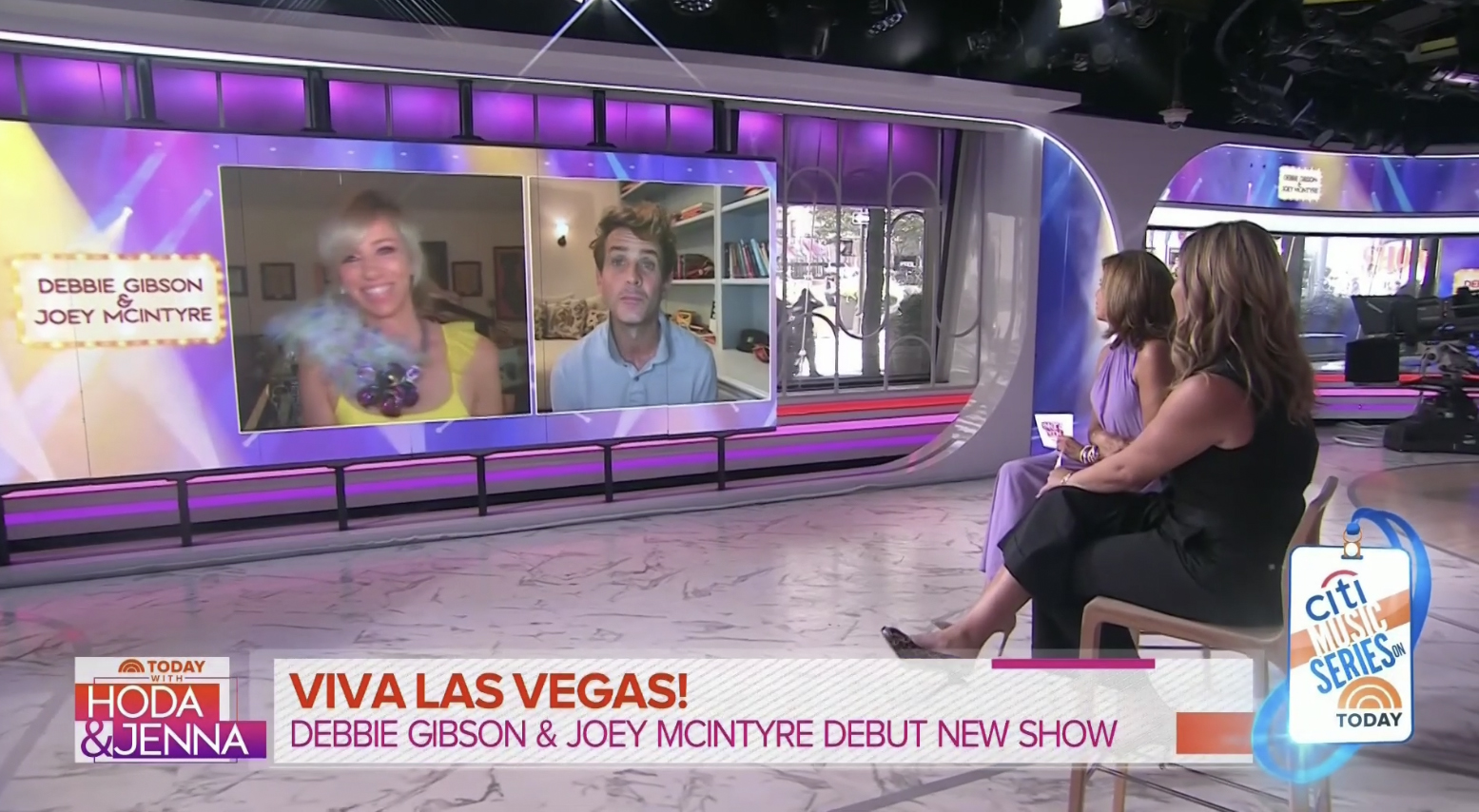 NBC News did not respond to repeated requests for comment.