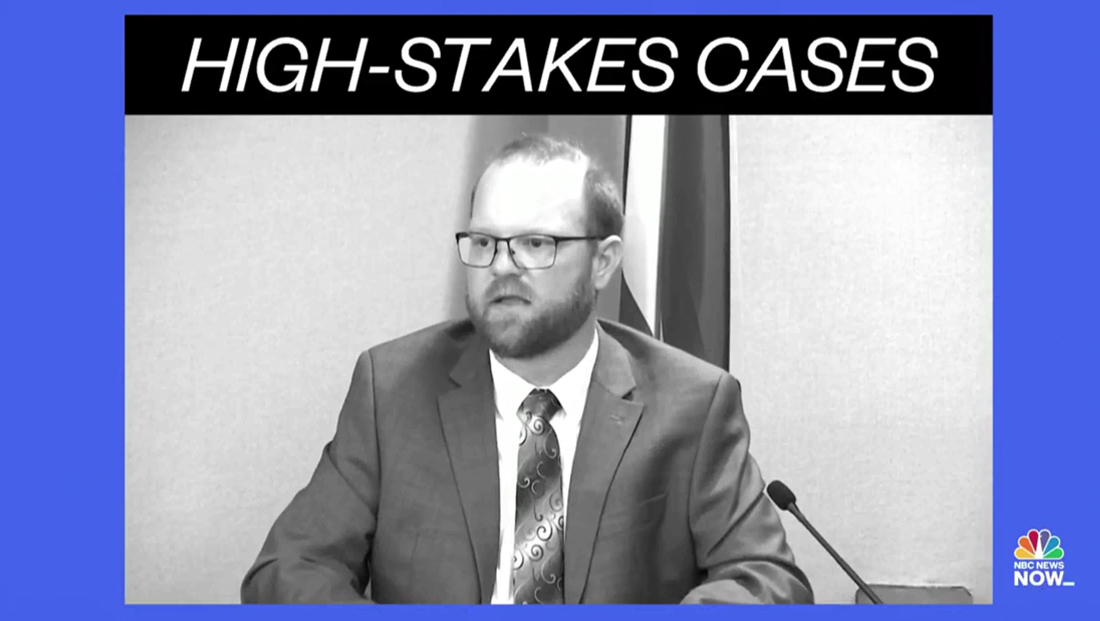 Streamer NBC News Now recently made a quiet update to the animated bug it uses during select programming that turned out to be part of a complete overhaul of the network’s look.

Back when “Top Story with Tom Llamas” debuted Sept. 23, 2021, the show used what appeared to be a redesigned logo in the open and as its bug throughout the show.

Since its initial launch in May 2019, NBC News Now had been using a logo and bug that features the NBC peacock atop the words “NBC News” in what turned out to be the network’s proprietary Wordmark font. The word “Now,” meanwhile, was typically set inside of a red box. In the case of square applications such as the bug, that box is the same width as the words above.

On Sept. 23, however, a “twirling” version of the logo was introduced, which reimagined the peacock feathers as rectangles arranged in a circle similar to a “loading” indicator before transitioning to their normal shape.

The words “NBC News” also became smaller, while “Now” got bigger and on its own line with a thick underline in the bug lockup.

On air, the bug would loop through two distinct animations while on air. The first involved the underline become more of a rectangle and reversing out the text above it, followed by the spinning effect and the network name would reappear on screen with underscore accents used to reveal the letters form left to right.

The thick line at the bottom also animated in left to right.

The spinning effect remains unchanged, but the the way the text is revealed changed significantly.

First, the letters “NBC” appear letter by letter with the underscore accent. In the next frame, the “N” remains and a new underscore element “types out” the word “News,” while “NBC” moves to the line above.

A similar effect is used to reveal the word “Now,” with “News” moving up to “NBC” in the smaller first line.