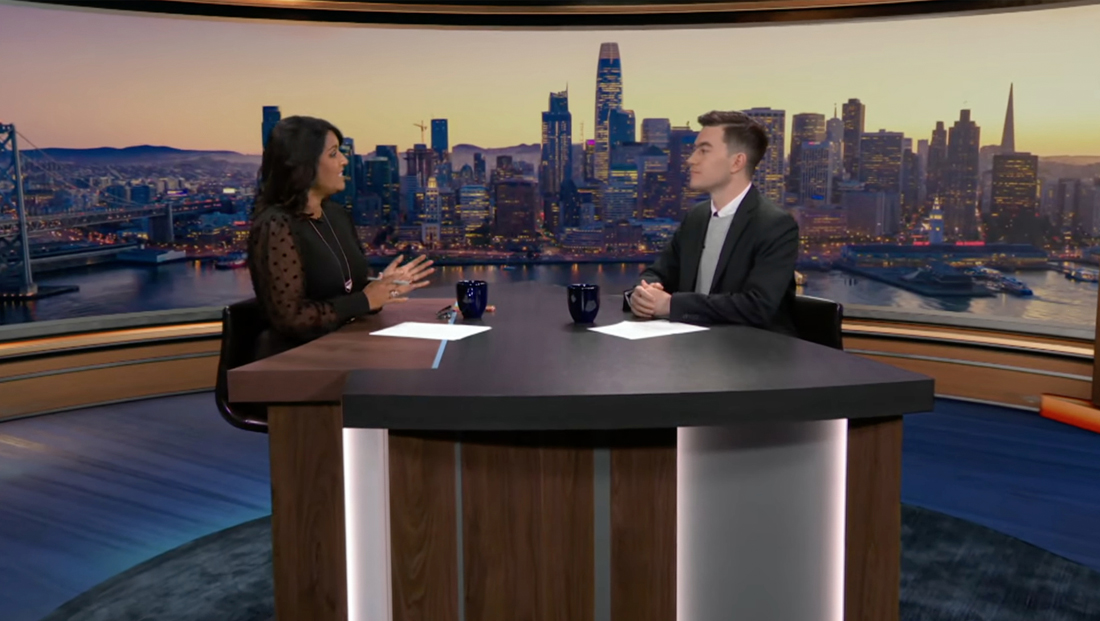 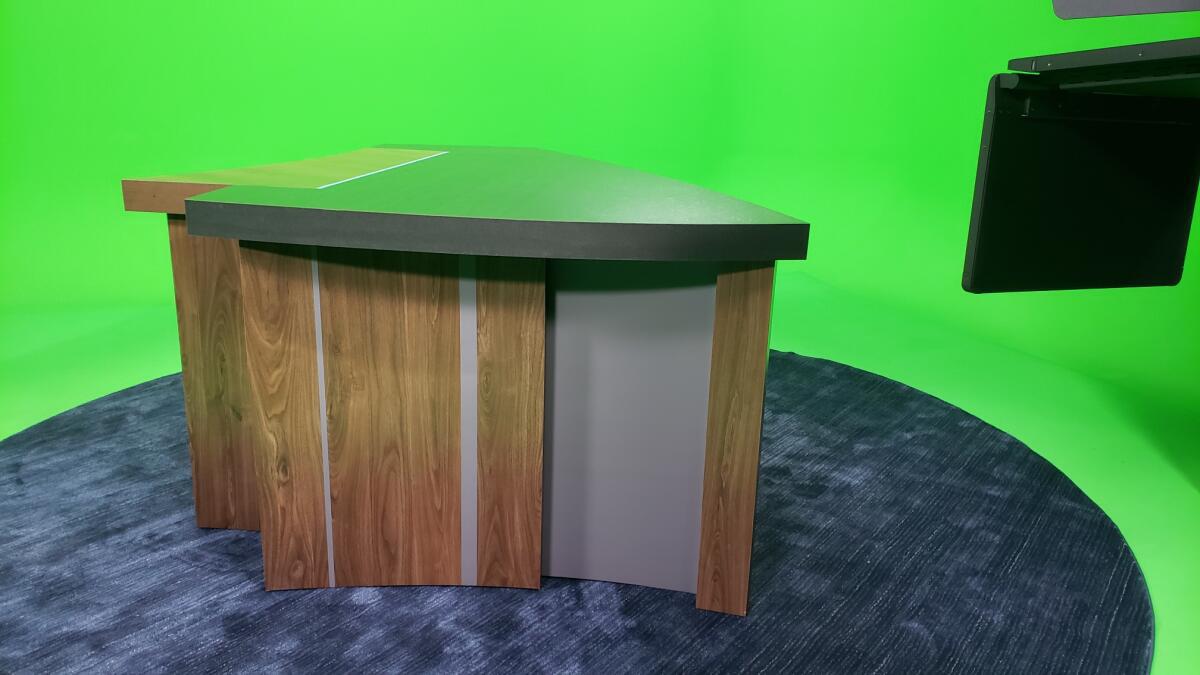 The green screen studio space included a hard scenic riser and desk, which can be used both at once or with the riser only and chairs brought in for a more informal interview style setup. 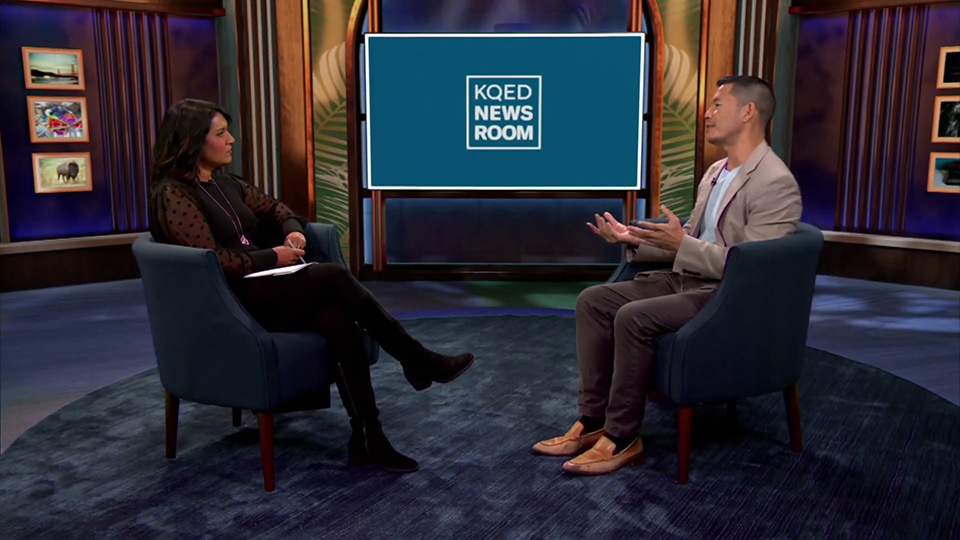 The virtual set itself features a variety of wood accents and curved and angular patterns as well as multiple “venues” that, in turn, have background elements such as video walls and panels, that can be fed dynamically with branded or topical graphics.

The look includes transom style panels and gold accents with a recurring leaf motif found in both more literal interpretations as background wall graphics and more abstract ones such as the pattern on the “floor” in one corner of the 3D space. 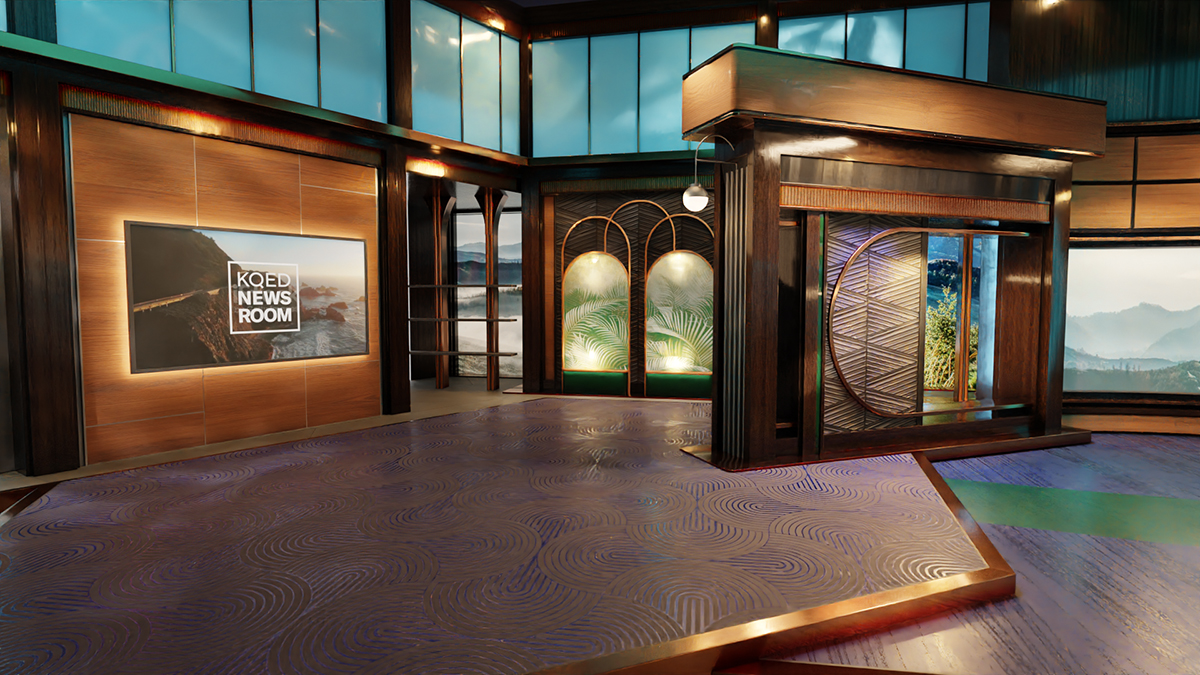 KQED previously dove into the virtual set world back in 2017 with another one, also from FMJ, originally designed for fundraising drives but since used for a variety of other purposes.

With Viz Engine 4, the look is able to handle even more advanced rendering techniques that fill the virtual environment with realistic shadows, lighting and reflections while also still allowing for flexible shot-blocking with camera moves.