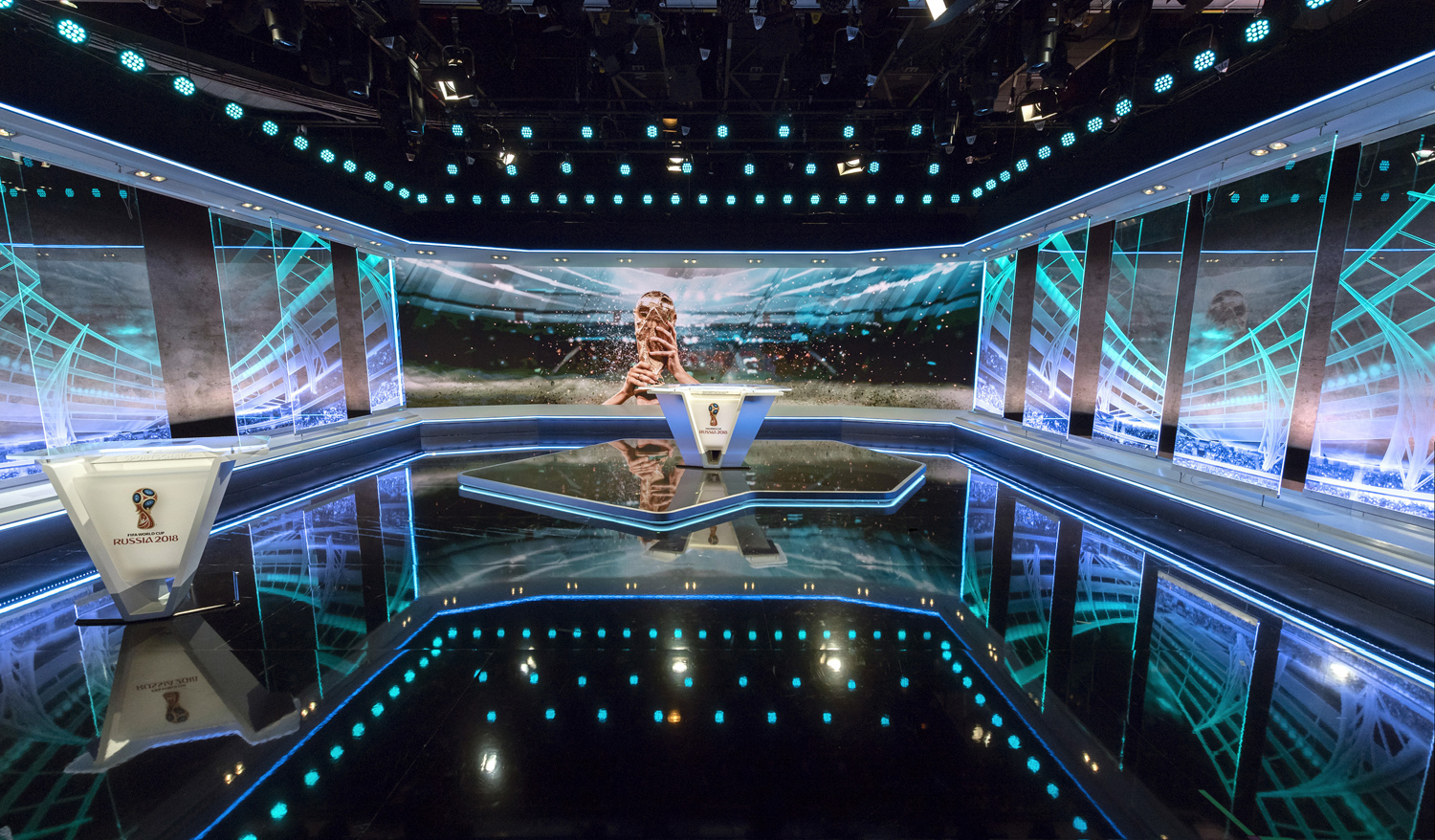 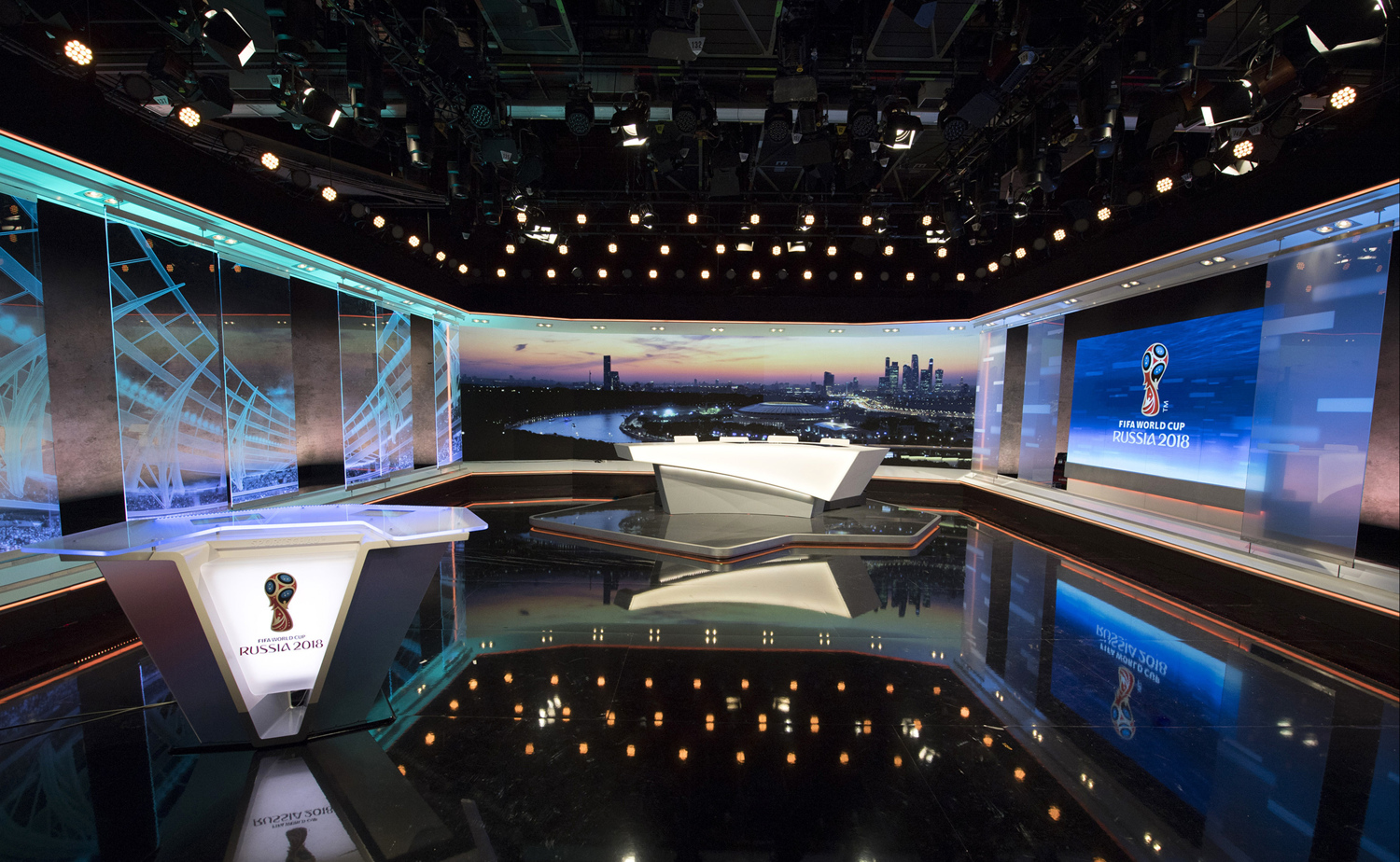 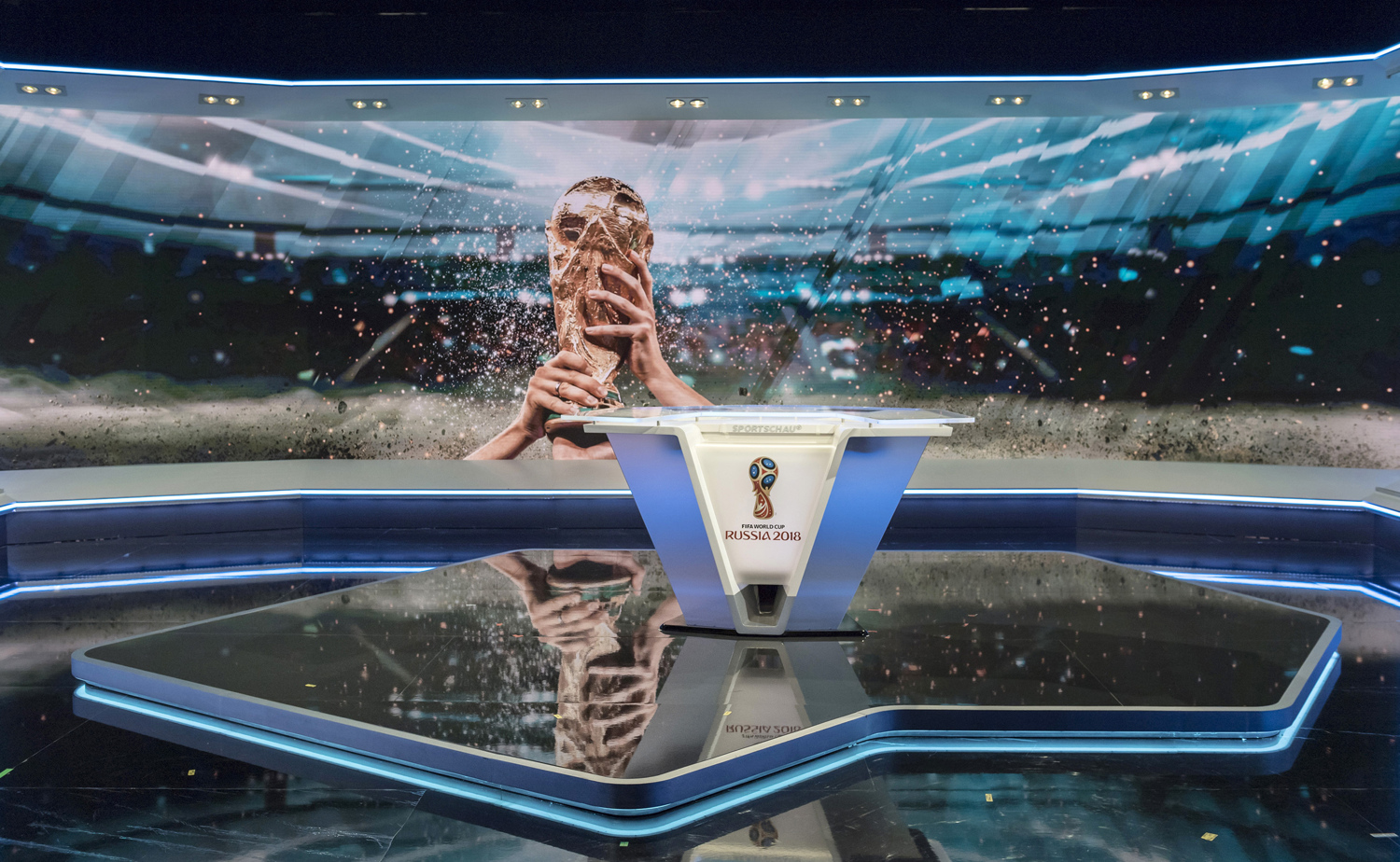 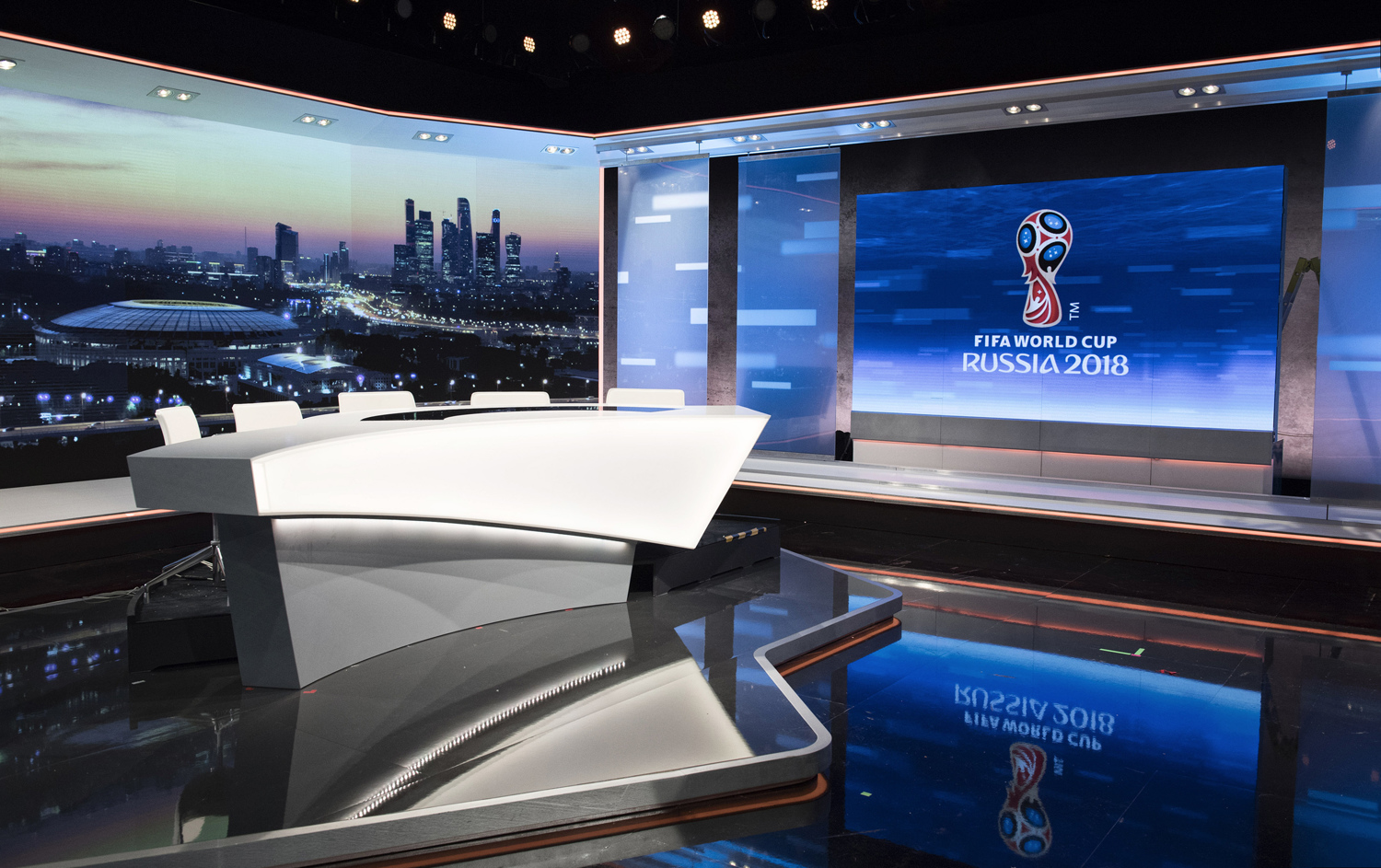 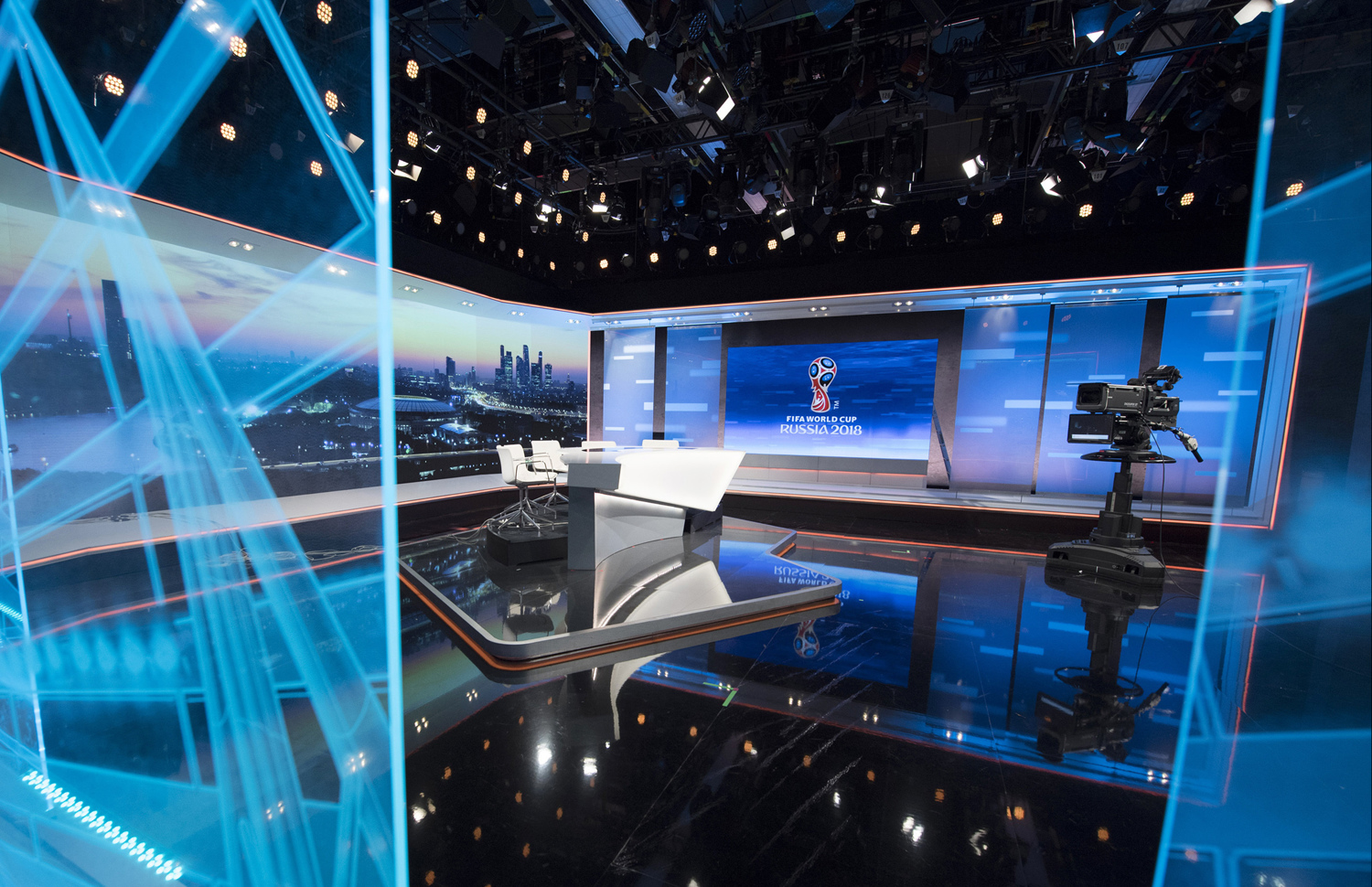 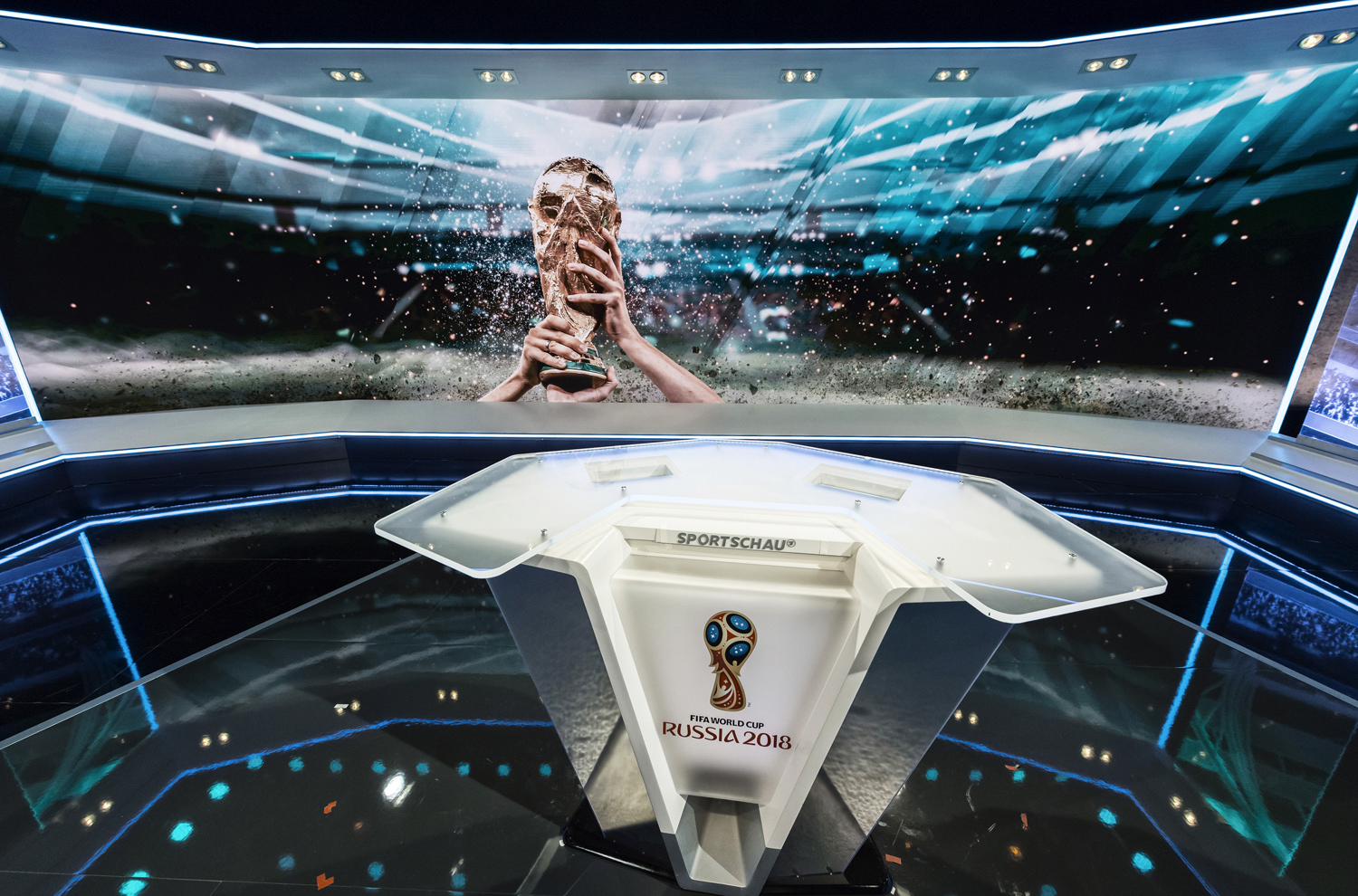 Studio for ARD and ZDF’s joint coverage of the 2018 FIFA World Cup.

The network’s studio design has been repurposed, serving other football events leading up to the World Cup including the 2016 European Championship and the 2017 FIFA Confederations Cup.

The center of the studio features a 10.8 x 2.7 meter LED video wall with multiple desks and talent arrangements to accommodate the programming on both networks. The studio also integrates augmented reality technology.

The set includes a standing pod desk for ARD’s “Sportschau” and a larger desk for ZDF Sports.