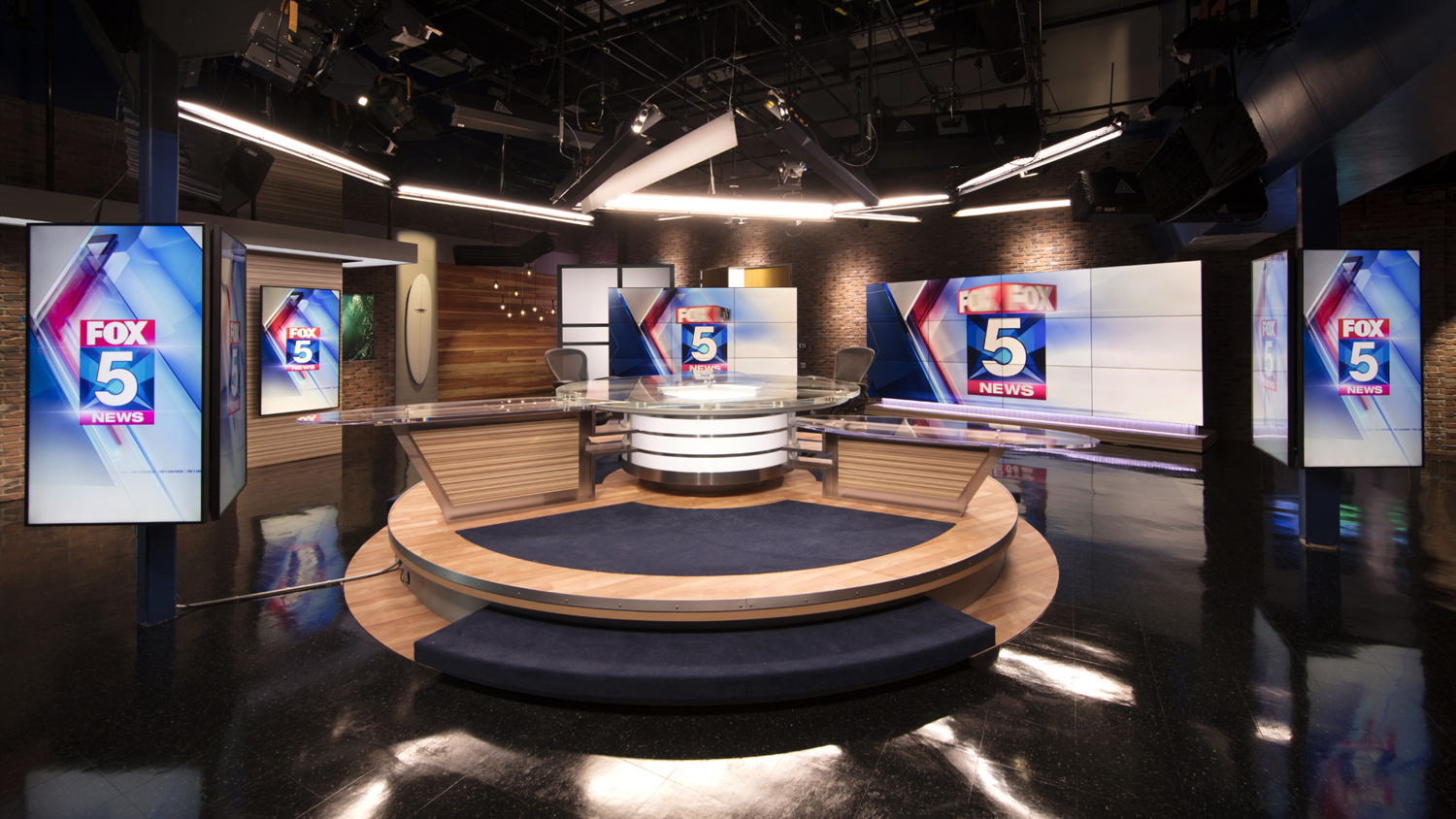 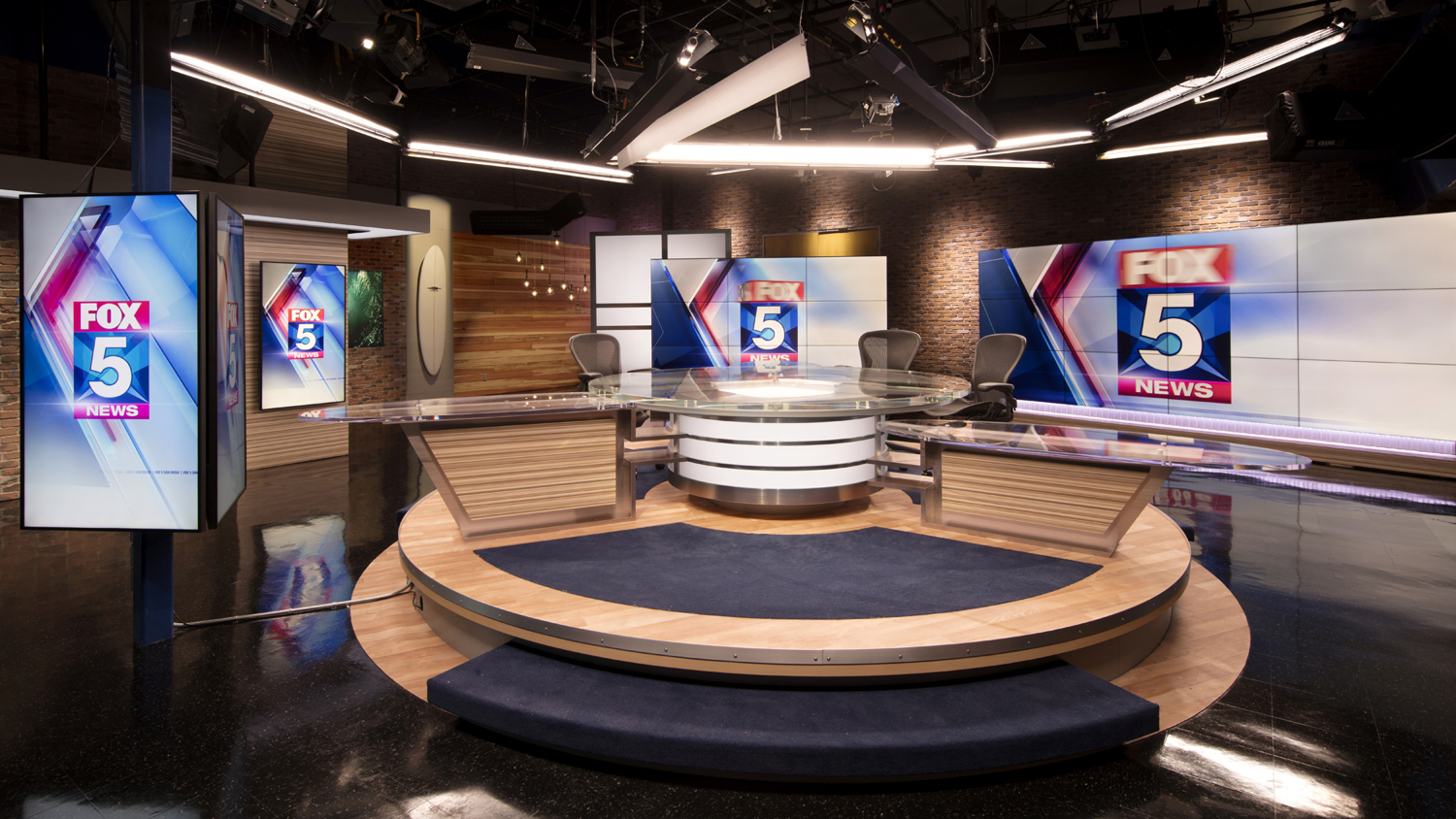 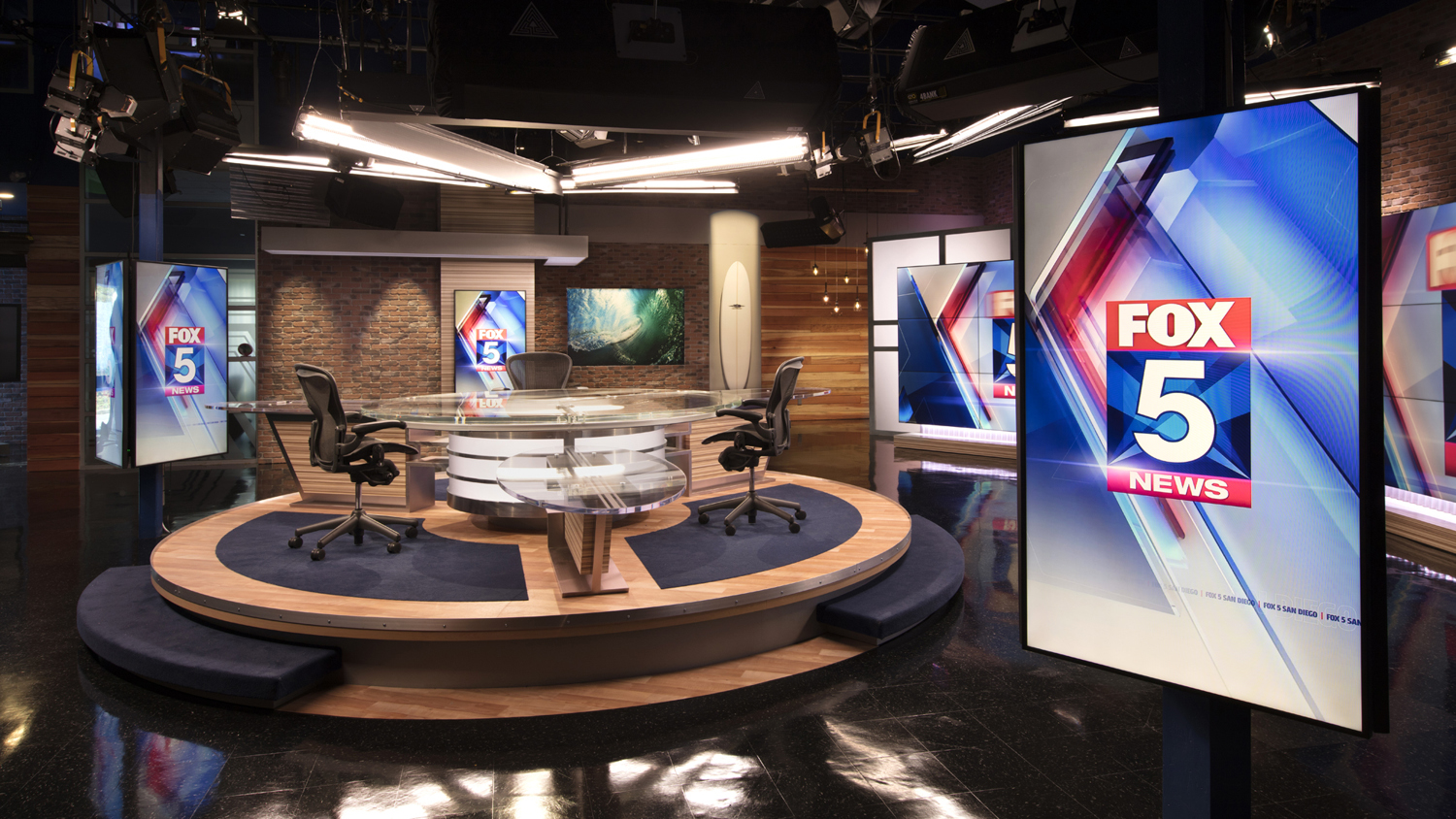 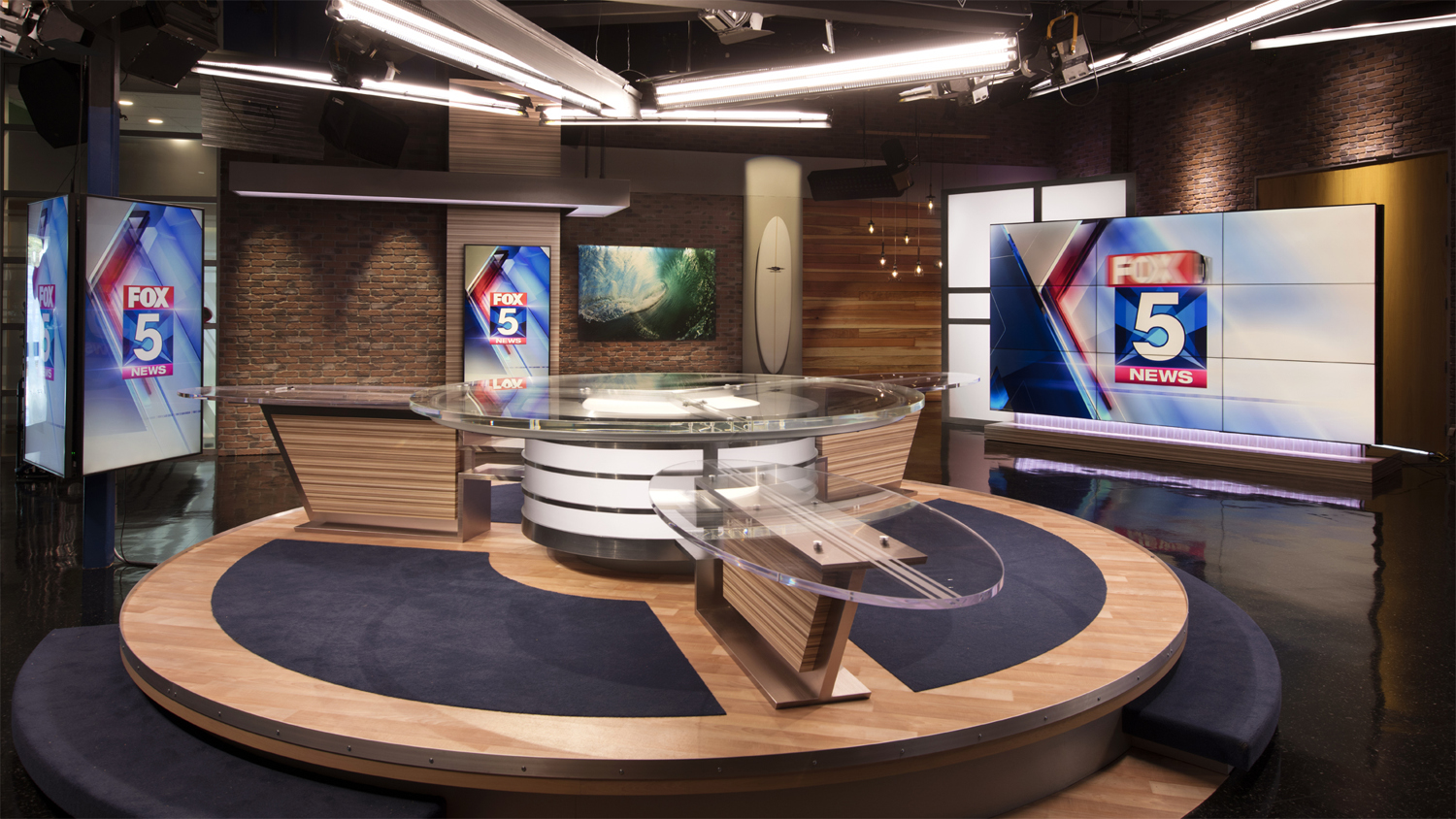 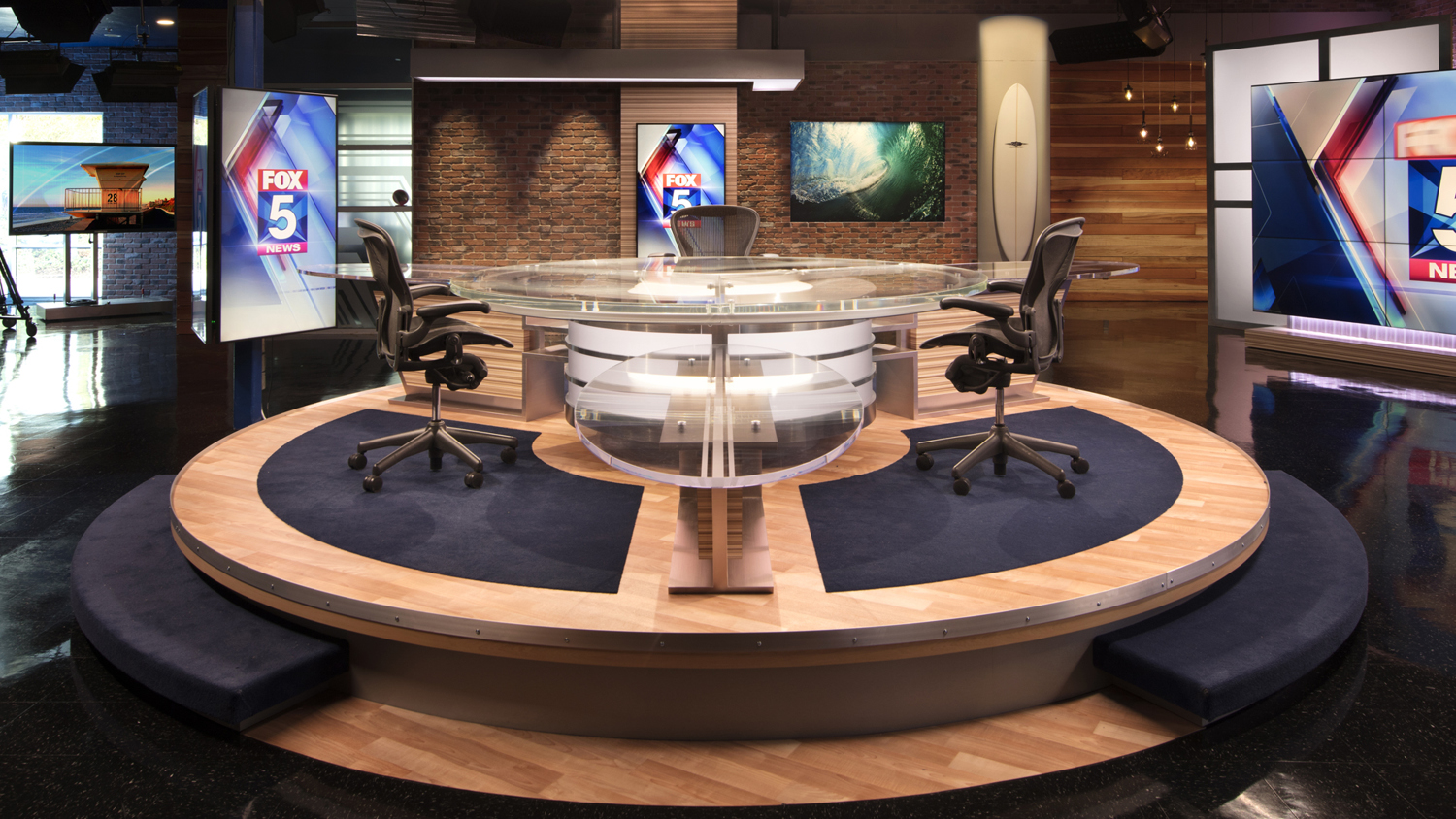 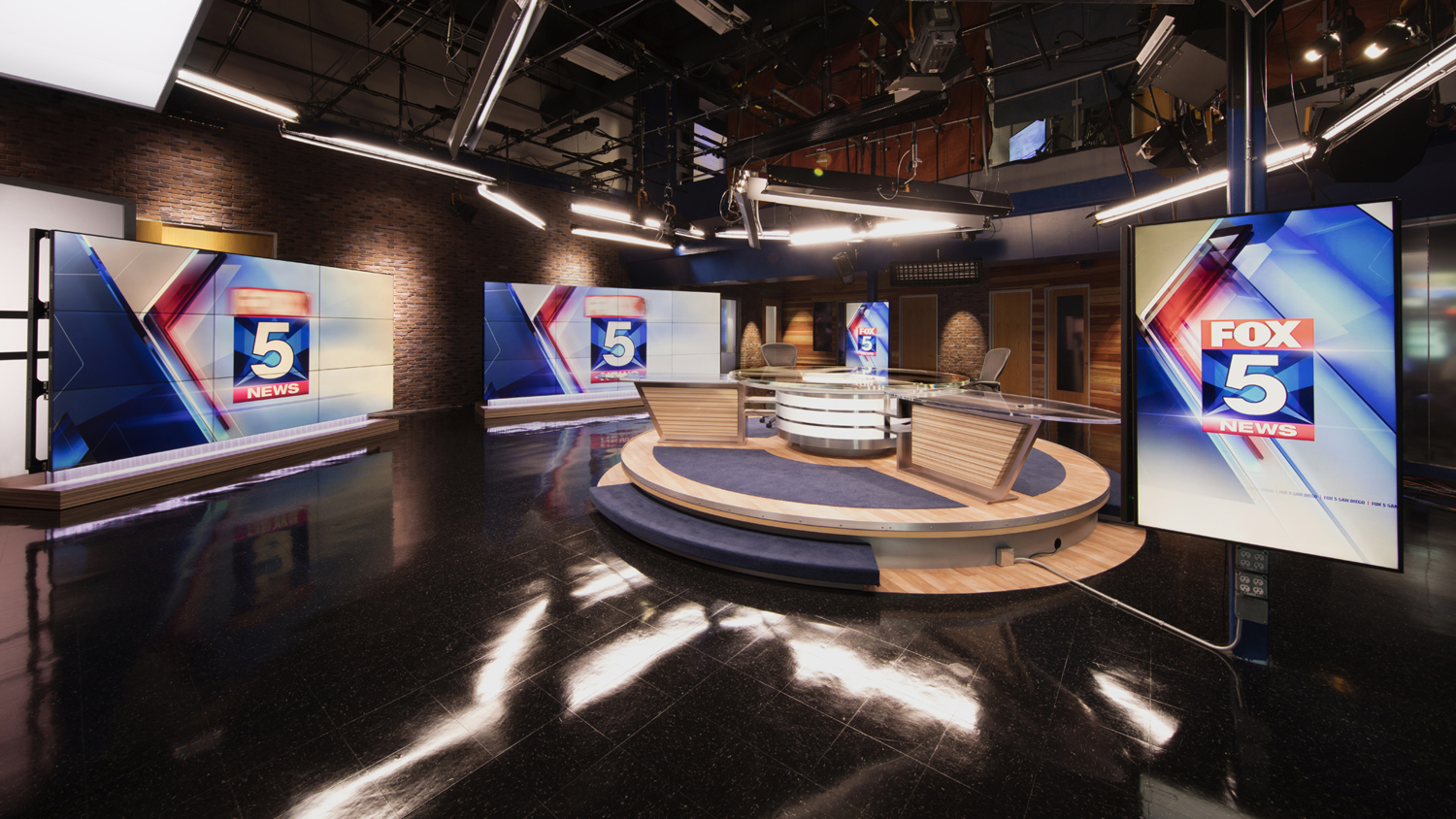 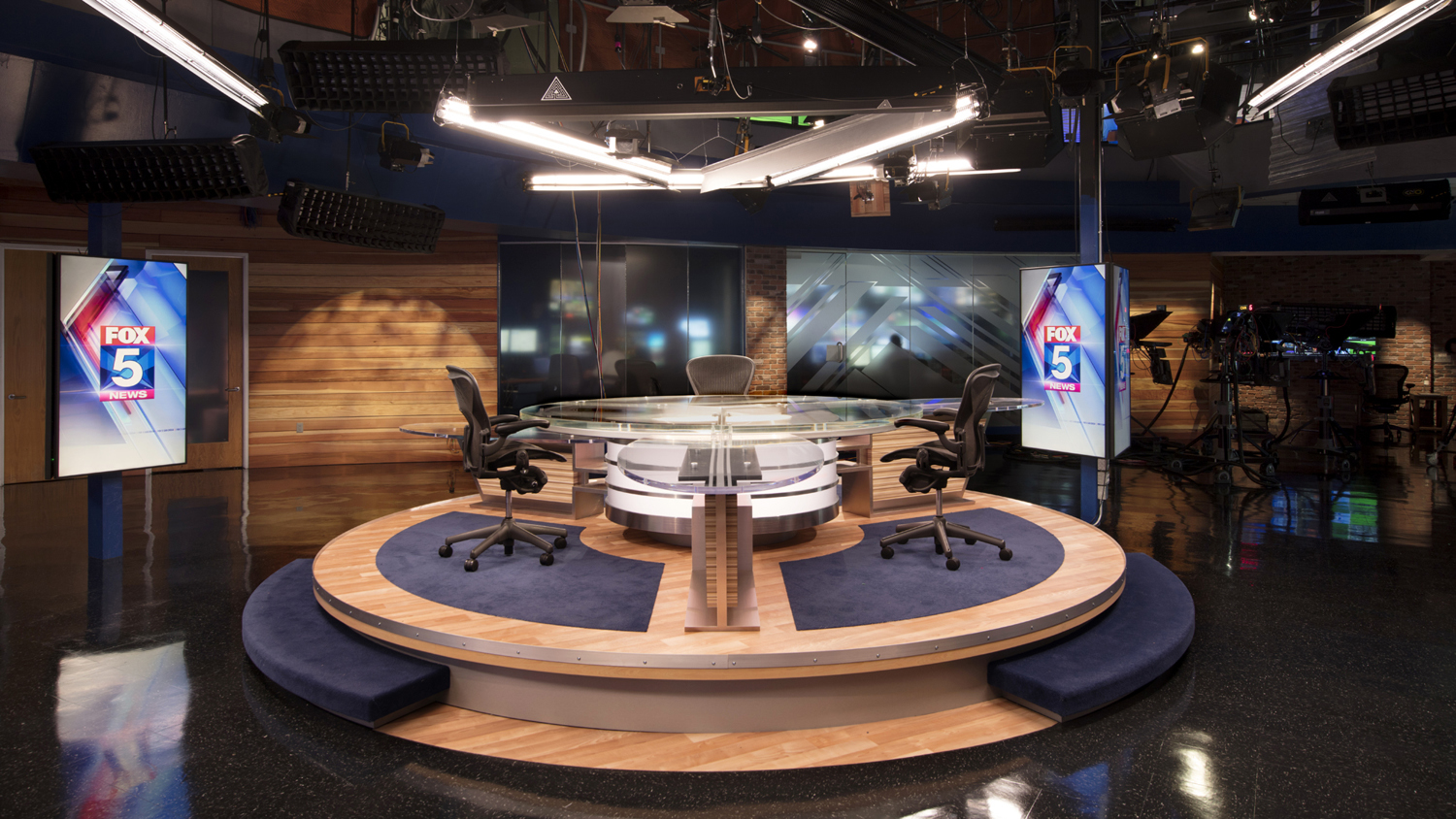 Fox 5 had the vision to use every square foot of their studio for their news productions. They did not want to waste any space with false set walls, murals, arches or the usual set design structures, but, instead, float the important elements inside the envelope. The interior of the concrete envelope walls are covered in a brick finish which closely emulates the popular “Gaslamp Quarter” of downtown San Diego.

The main storytelling features of the set are the round anchor desk which shoots a full 360° and visually adjoins two large narrow bezel HD video walls as well as multiple 60” vertical stand-up monitors. Shooting in the round adds depth and extreme versatility and a lot of “open space”. The 60” monitors are arrayed in triplets around two steel structural columns which are in the heart of the studio and could not be moved. These columns, originally thought of as “being in the way”, were in fact strategically integrated into the overall 360° design theme. The beautiful round anchor desk is constructed of thick plexi on a steel frame with light Ribbon wood accents in driftwood hues. Each third of the “pie” can seat 2 anchors (for a total of 6) and are separated by walk-up counters that bring in a San Diego feel with a surfboard theme.

The Chroma-Key was relocated 90° to a side wall in the studio space. This liberating layout move enables KSWB to shoot 360° without ever seeing the Chroma-Key in the shot. Shooting in the round adds depth.

The entire venue was given a local San Diego feel by integrating visual cues of the Fox 5 tagline, “So San Diego”. Local lifestyle is represented by a custom surfboard, a bicycle, pub lighting and sports memorabilia, as well as a spectacular wave photo by Aaron Chang the world-famous surf photographer.