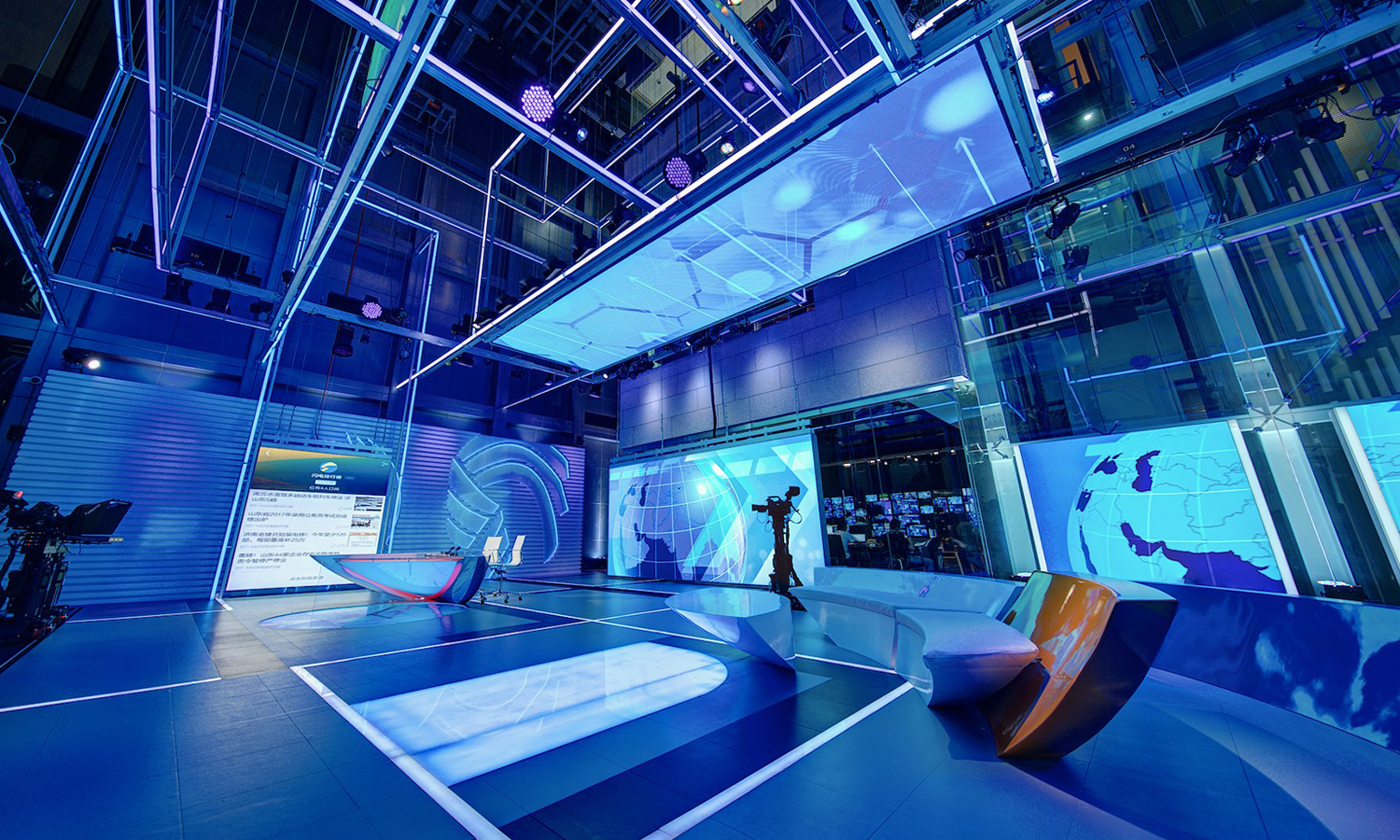 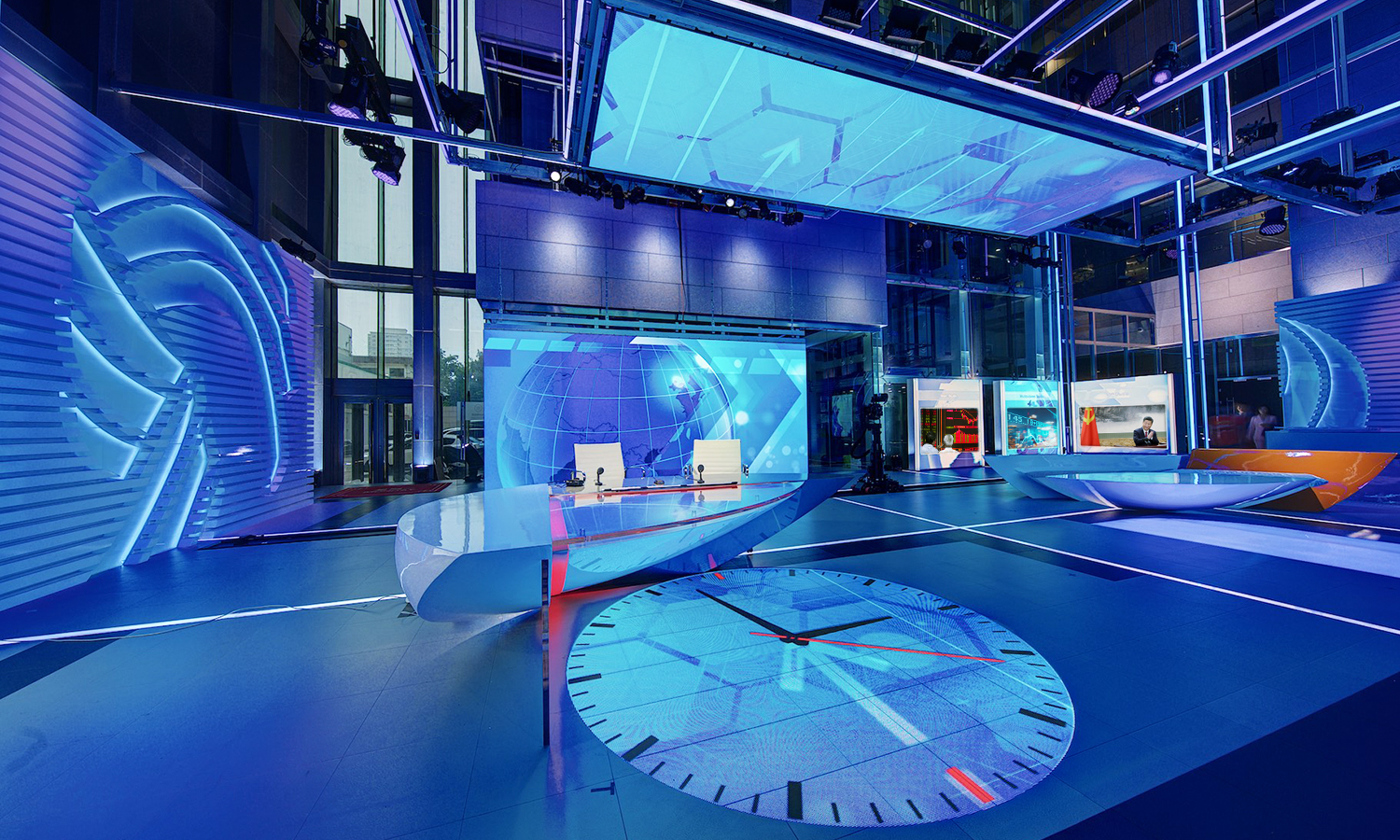 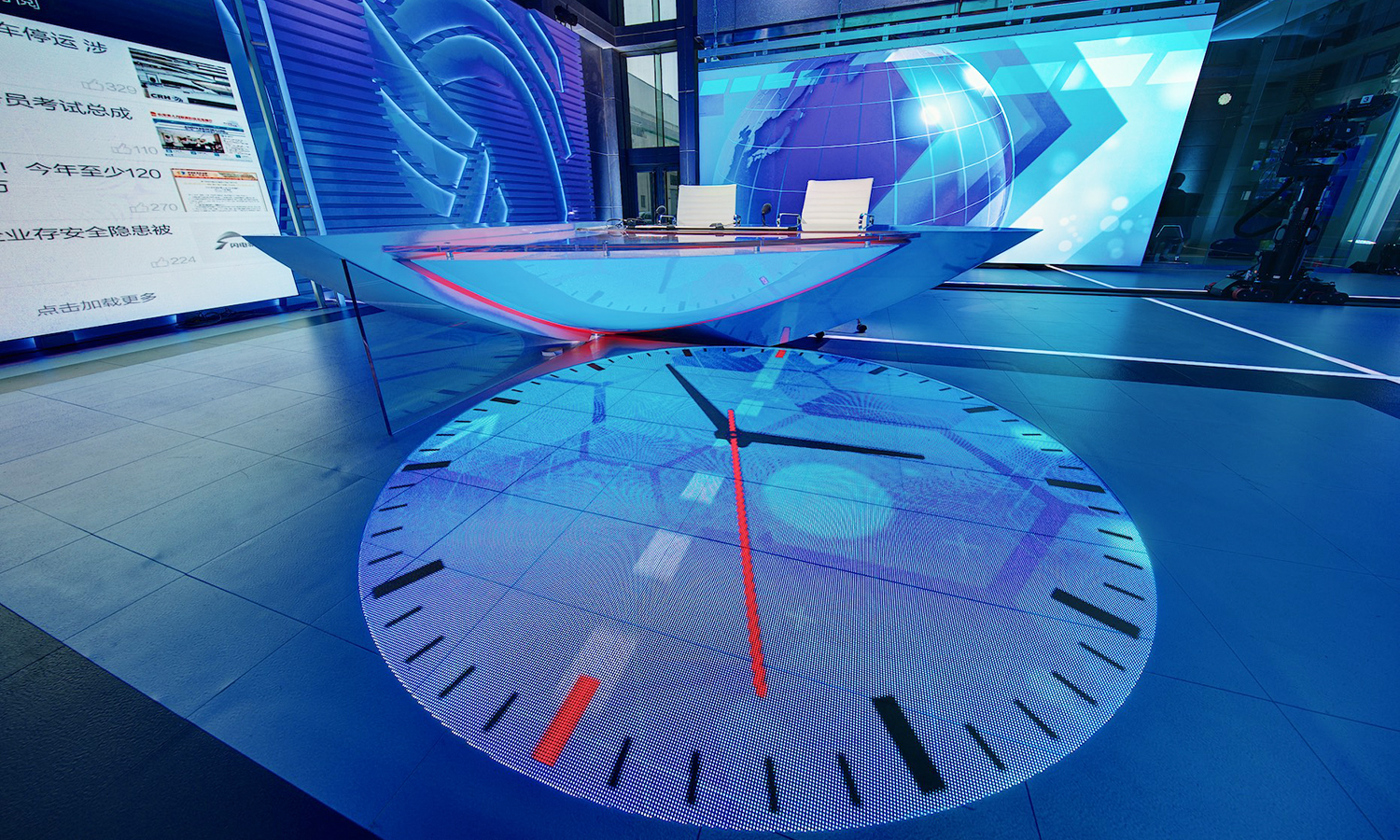 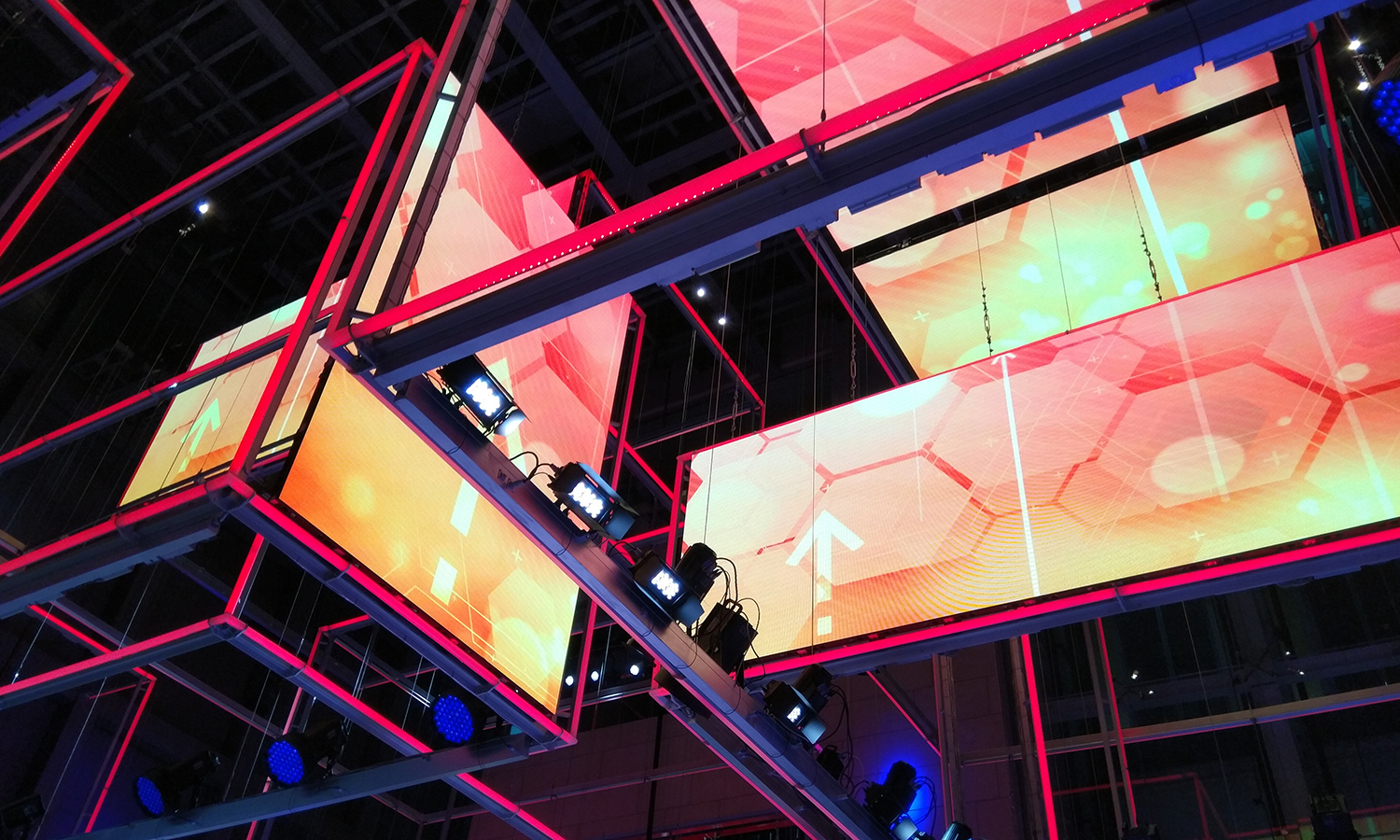 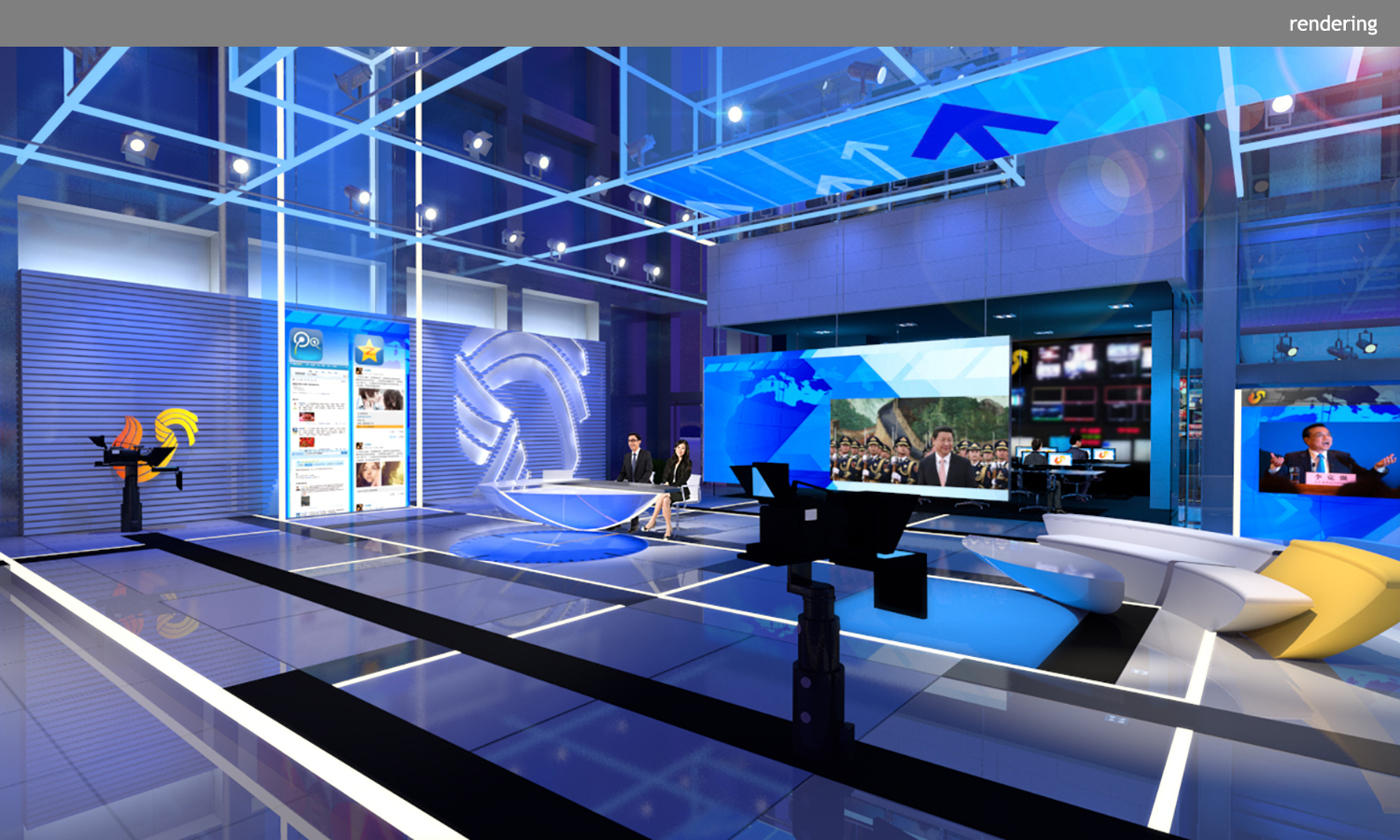 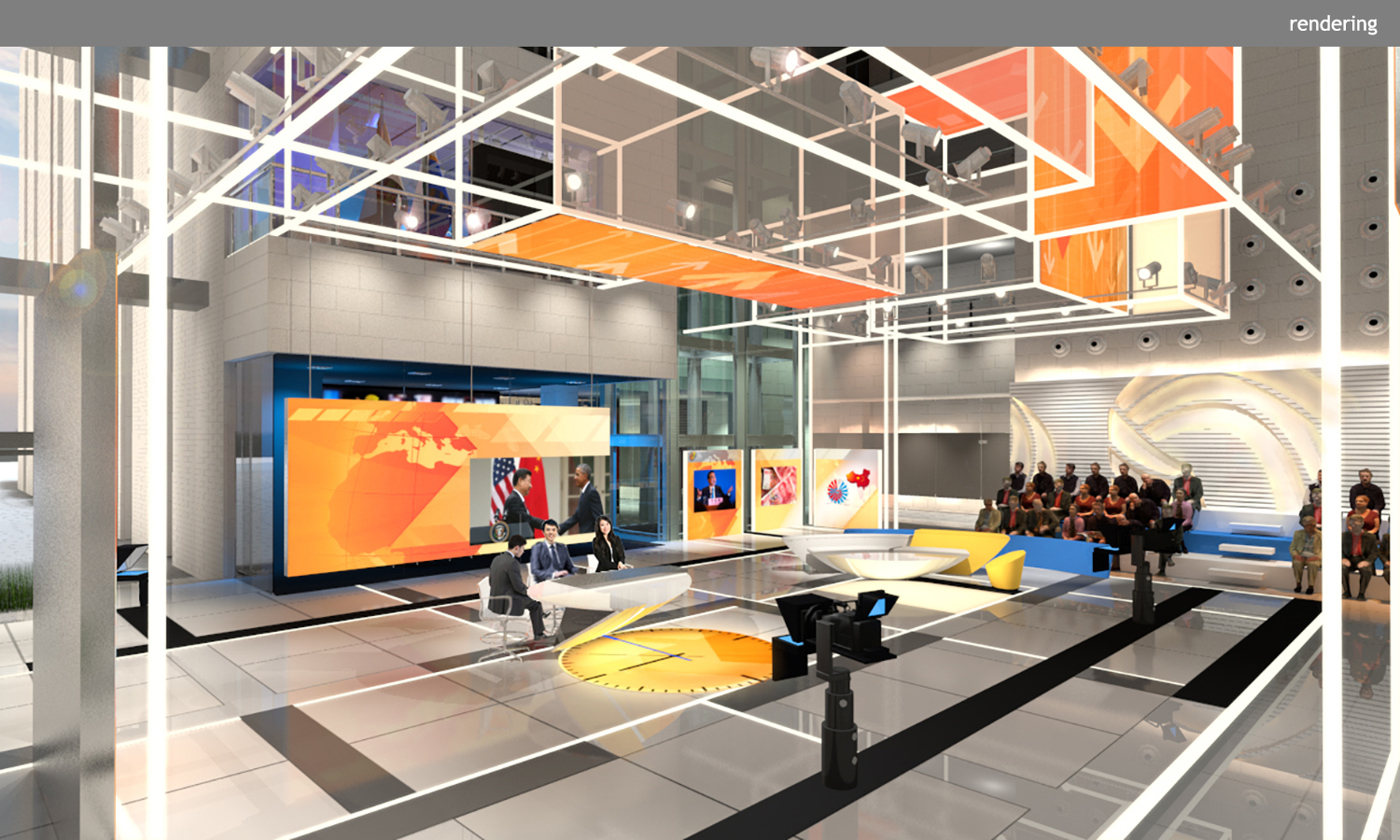 Studios for Shandong Television (山东广播电视台) in Jinan, Shandong, China, that debuted in fall 2017, including a multimedia newsroom.

Taking formal cues from the converging internal structure of a towering four-story atrium, Clickspring’s latest contribution to the Chinese media market occupies what was once a sparse, street-facing building lobby.

In addition to the main studio, the project’s scope includes three smaller, dedicated broadcast studios and four floors of branded editorial newsrooms. This broad scope allows for a cohesive, forward-thinking brand aesthetic to be carried through the myriad environments the network depends upon for their day-to-day operations.