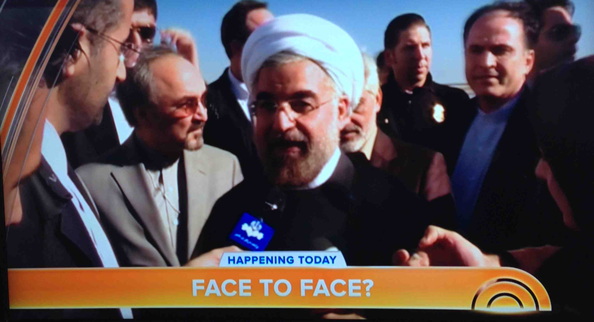 The new set and graphics are a little over a week old and tweaks have already started sneaking in.

We noticed Wednesday the show has started centering the text in the lower thirds used in the opening teases, which were originally left aligned.

Both theirs of the lower third are now centered, including the smaller blue text that appears above the orange bar in a white tab shaped box. In addition, in Wednesday’s opening shot, the slide down screen in the sofa area was displaying the show’s new logo against a stark white background — a look that’s reminiscent of the previous graphics package.

On the first few days of the new set, this screen was fed a sunrise photograph with a ghosted version of the sunrise icon in the opening shot, as shown below.