‘Meet the Press’ changes out desks 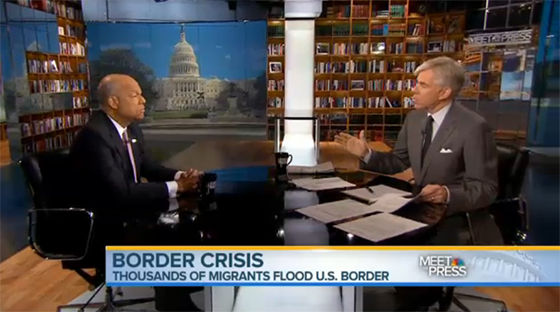 “Meet the Press” quietly updated its set in Washington, D.C. in May, reworking the desks.

As you can see in our SetStudio gallery, “Meet the Press” had two desk locations, connected by a backlit unit. After the change, a backlit section is now part of the floor (which has had a chunk of the wood area removed).

A new circular top replaces the former roundtable desk, which was a trapezoid in shape.

With no floating backlit element, cameras can now move between the two desks freely, adding new shot blocking options. Overall, the change seems more intimate on the roundtable desk, as the contributors are more tightly packed and in a true circle. The changes also allows better steadicam access.

The set originally debuted in 2010 and has also been used to host to “NBC Nightly News”  as well as coverage for Malaysian Air Flight 370.