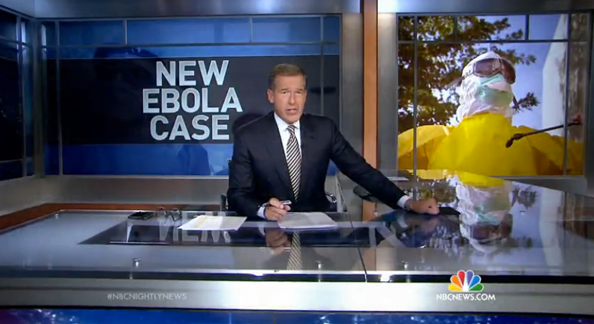 “NBC Nightly News” continues to tweak its on air look, including camera angles and graphics, after reworking its set in early September.

On Wednesday’s broadcast, the network used a different opening shot, with the camera shooting anchor Brian Williams at a similar angle to its pre-show teases.

The shot started wide, as shown above, with a large text headline to the left and a graphic on the right, smaller screen. The camera then zoomed in and adjusted to frame just Williams and the screen to the right, which continued to cycle through topical photos.

Also in the show’s teases, the broadcast recently changed the dark bars at the bottom of the RP screen to a blue tone and it appears the text has been thickened a bit. The broadcast, however, continues to use the black bars and thinner text in other graphics.