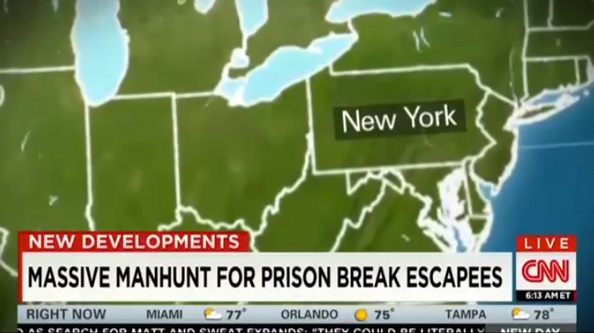 We already mentioned NBC News‘ failure to correctly calculate grade school math during its coverage of the New York inmate escape, but it’s not the only network having issues with basic knowledge when covering this story.

This time it was CNN and the subject was geography.

The network labeled the great Commonwealth of Pennsylvania as New York. Yep. The network, which has a major presence in New York City, failed to realize that Pennsylvania, located just to the south of New York, was mislabeled.

This isn’t the first time CNN has fallen victim to issues with geography (see here, here and here).