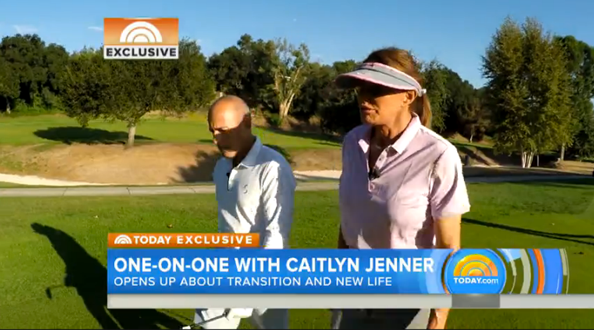 A day after unveiling some significant changes to its set in Studio 1A, NBC News‘ “Today” rolled out some small changes to its lower thirds this morning.

The changes, which are somewhat hard to spot at first glance, mostly affect the right side of the lower thirds.

Instead of the solid rectangle shape, the right side of the graphics, which coincides with where the alternating Today-NBC News bug is located, now features rotating circular segments. The new look, which is animated, allows for parts of the video behind the graphics to show through — but also results in a bit of a haphazard look. At times, the odd cutouts almost look like pixellation or distortion in the graphics.

The ring-shaped motif does better match the revamped open “Today” debuted in May, but the lower third’s wider, cleaner letters still don’t match the more condensed type used in the new teases.

Another change is the positioning of the third tier on the lower thirds, frequently used for “Exclusive” and “Breaking News” labels. Before, these boxes were bumped right up against the blue box beneath them — now a thin but noticeable gap separates the two.

Although this change does match the design changes to the right side of the lower thirds, it also adds to the overall haphazard look of the new lower thirds.

Notably, the space devoted to Namedropper remains unchanged. Updating that takes considerable strategy and coordination with local affiliates so locally-inserted ticker headlines and the time and temperature beneath the bug are properly aligned.