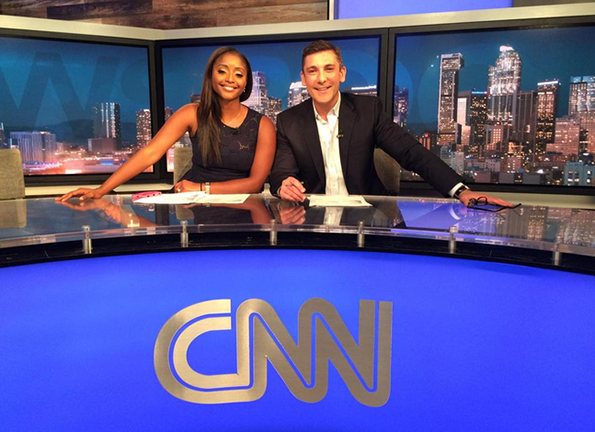 John Vause, presenter of CNNI‘s upcoming “CNN Newsroom” from Los Angeles, shared a picture from rehearsals that gives a clue into which set will likely be used.

CNN’s Los Angeles broadcast center has a main set, that is primarily used by HLN and “Dr. Drew.” The set, from JHD Group, matches the Studio 7 Atlanta look and features driftwood and many backlit areas.

Other CNN shows, like “The Lead,” have used the space with a small desk placed in front of the three monitors located to the right of home base.