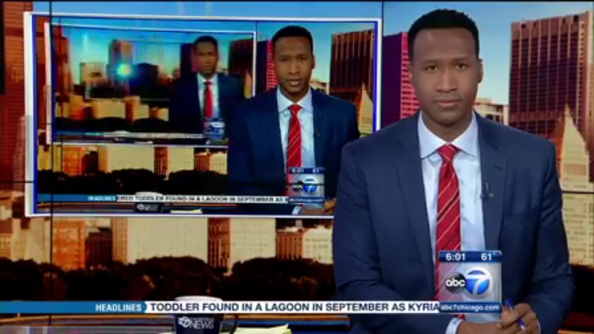 WLS-TV, the ABC O&O in Chicago, which debuted a new set just in time for November sweeps, keeps having an issue with its huge new video wall.

The problem: An odd glitch that causes a seemingly infinitely repeating image of the anchor to appear on the video array where an OTS or live shot is supposed to appear.

The mixup happened Thursday morning at the top of the station’s 6 a.m. hour.

In addition to the OTS graphics and live shot tosses, the station also uses the video wall for live cityscape views.