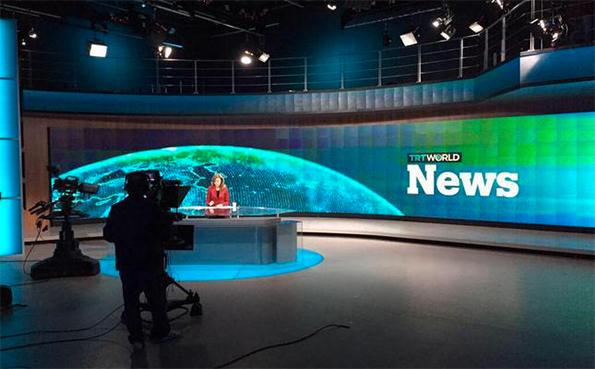 The channel, which had been testing broadcasts since May, officially launched on October 29 and will deliver news around the clock. The network uses a simple studio, which includes a large curved display of Christie MicroTiles and a grey anchor desk.

The desk is positioned on top of a illuminated floor section, and features the networks logo.

TRT World is the sister network of TRT, which has a large studio from Broadcast Design International. The expansion of TRT comes from a desire within the government to reach a wider audience, according to the Daily Sabah, noting TRT’s expansion in the past decade as the ruling part hopes to use the network to become a “soft power.”