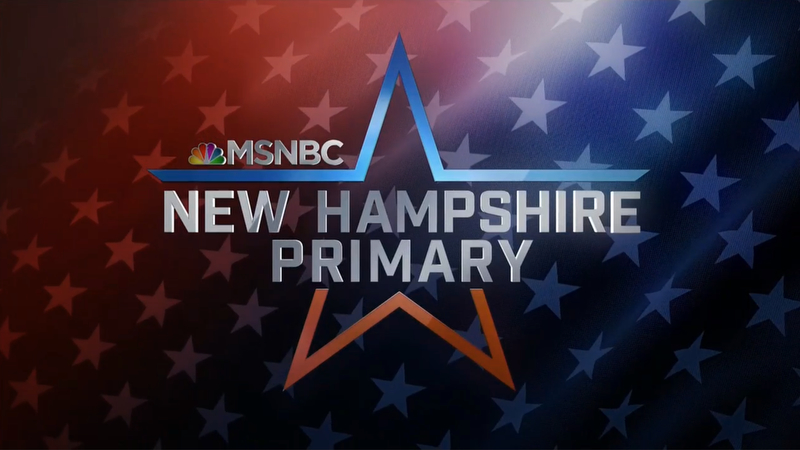 The networks called the results early in New Hampshire, but that didn’t stop them from providing wall to wall coverage of the election.

Like the coverage of Iowa, most of the channels utilized similar setups and graphics. A few, such as NBC News / MSNBC, devoted large resources to the night in New Hampshire. Here’s a look around the coverage… CNN had its political A-Team in Washington again, with some CNN talent in New Hampshire, taking over a cafe. CNN also had many reporters in the field at polling locations. Broadcasting from Saint Anselm College in Manchester, Fox News again used its debate desk along with a very star filled background (that also included a fireplace).

In Washington, Fox News’ Chris Wallace presented with a roundtable of pundits. Taking over the Radisson, NBC News and MSNBC had multiple locations around the hotel in downtown Manchester.

Chris Matthews anchored from JD’s Tavern, where “Morning Joe” and “Afternoon Joe” originated, interviewing guests and reporters throughout the night. In the ballroom, Brian Williams and Rachel Maddow anchored from MSNBC’s main election desk, which was brought to New Hampshire from its normal home at 30 Rock, with Steve Kornacki at the touchscreen. Lester Holt presented “Nightly News” from outside the hotel in an enclosed studio, joined at times by Chuck Todd via remote.

Some of the other coverage: