Recap: Off to the caucuses in Iowa 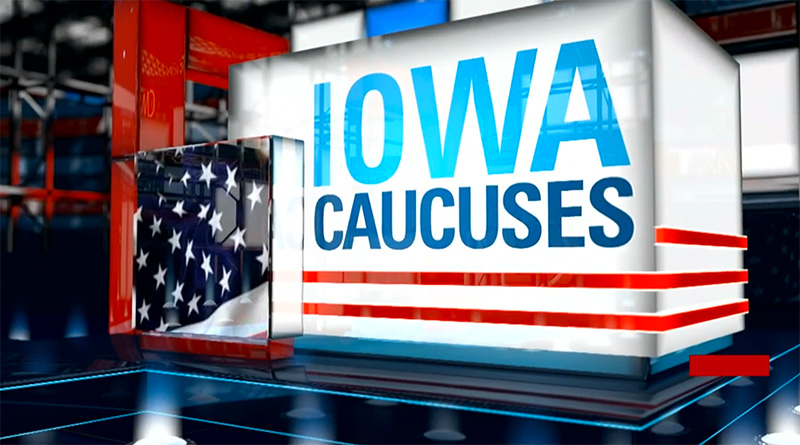 The 2016 election cycle has now truly started, after what feels like 4 years of build up from the networks.

Last night saw the first votes cast in Iowa as the Democrats and Republicans caucused before an impending snow storm, with a long night of coverage from the cable networks and many breaking news “key race alerts” from the broadcast networks.

Here’s a recap of how the channels covered the evening visually: ABC News featured a live stream on its website, with multiple cut-ins throughout the night with George Stephanopoulos in New York City. ABC used its election graphics package that debuted last year alongside its updated “Your Voice, Your Vote” logo. The BBC used a 3D White House for its election graphics, with Katty Kay live from Iowa. CBSN provided live coverage with CBS News anchor Scott Pelley anchoring cut-ins as news broke. While some improvements were present, most of the CBS News election graphics debuted in 2012.

Leaving no event uncovered, CNN had wall-to-wall coverage of the Iowa caucuses. As is usually the case with its “Election Night in America” coverage, CNN featured a dramatic introduction video with candidate clips and new 3D animated graphics. The graphics, which built on CNN’s previous block look, created a glossy warehouse of candidates. CNN used its Washington, D.C. studio as its Election Center, adding a new desk. The set was also decked out in stars and stripes, with some extra monitors added… and, of course, John King’s Magic Wall.

Along with the opening, some insert graphics were also updated. When showing results, CNN used an augmented reality strip, powered by Vizrt and StypeGRIP, that would float over the talents head from the caucus cam. Broadcasting from Iowa’s state capitol in Des Moines, Fox News had the most regal backdrop of the networks. Fox News also recolored its ticker blue for the evening. MSNBC anchored its coverage from New York City with Brian Williams and Rachel Maddow on the election desk that debuted in 2014 from Clickspring Design. Chris Matthews was live from Des Moines at Java Joe’s, which has also been the site of “Morning Joe.” Both networks continued to use their previous election graphics packages, which debuted in 2014. Broadcasting from its Miami hub, Univision took advantage of its studios large video wall for updates.