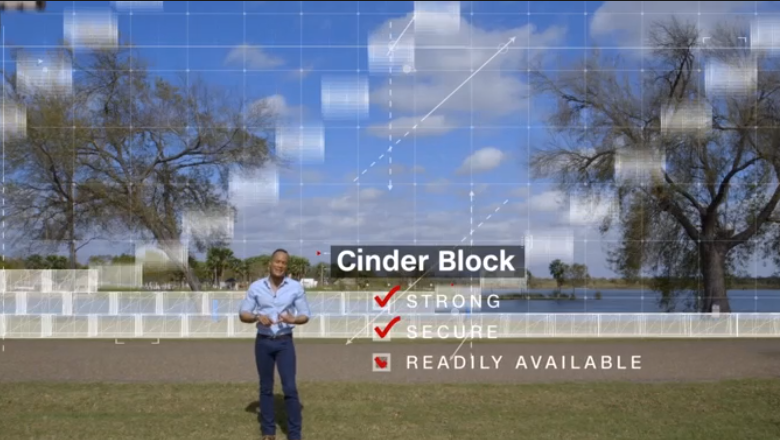 CNN decided to dig into whether the wall presidential candidate Donald Trump wants to build would be practical — and turned to some digital wizardry to create an explainer video.

Correspondent Jason Carroll kicked off the video my explaining that building such a wall would, in fact, be possible.

Then, the video goes on to explore construction requirements, materials and costs by inserting virtual imagery behind Carroll.

In an effect that seemed oddly reminiscent of an HGTV home improvement show, the network grid-like overlays and rather poorly rendered 3D building materials. The graphics themselves were often mapped to a specific plane or point in the real-life space, resulting in a sort of augmented reality-like look.

CNN is, of course, known for its use of virtual spaces that usually feature Tom Foreman, who has been digitally placed in situations ranging from virtual goats to under the big top.