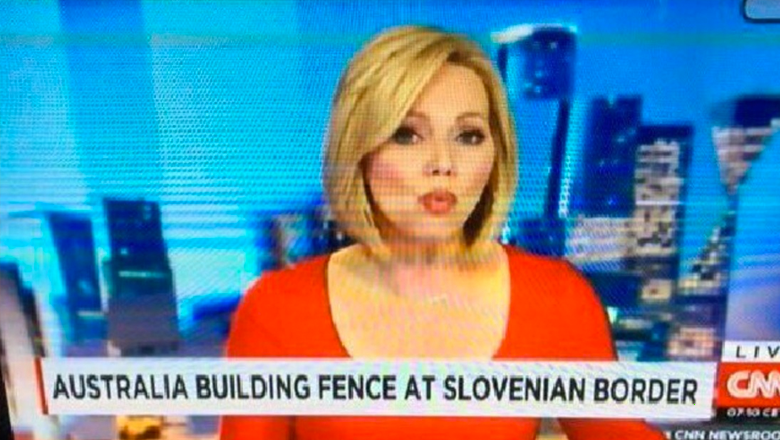 What was likely a simple mistake between two countries with similar names was made even worse by a glaring point of simple geography.

CNN was covering a story about European country Austria building a fence along its border with Slovenia when it aired a lower third proclaiming that, Australia (not Austria), was the country in building the barrier.

Not only are the two countries in entirely different parts of the globe, but Australia, which has the distinction of being both a country and continent, doesn’t have any land borders with any other countries, a fairly obvious geography fact that makes the error all the more egregious.