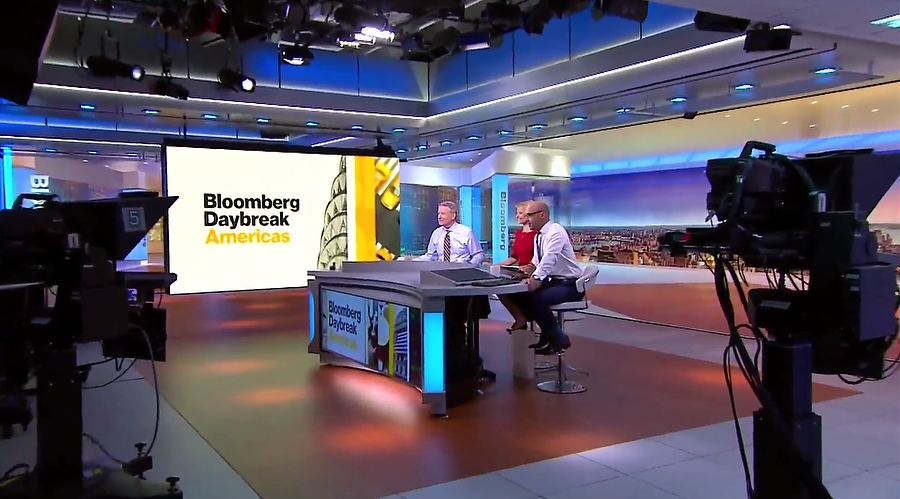 The one advantage of an LED studio? The ability to change designs fairly rapidly, whether it’s to display new topical imagery, data or scenery.

Along with launching “Bloomberg Daybreak” across its regional hubs, the network also updated its studios.

In New York, Bloomberg dumped its sleek table design in favor of a more traditional, monitor fronted, desk that can seat upwards of five people in its main studio, which is used by many programs including “Bloomberg Daybreak.”

The networks secondary studio also saw a new desk, which is used for “Bloomberg Surveillance” and some hours of “Bloomberg Markets.” The sets virtual extensions were also completely revamped by Jim Mann’s Lightwell, moving away from an architectural look that captured Bloomberg’s HQ atrium.

Used across seven shows, the new designs add a faux backlit soffit to the studios with staggered panels of branded lightboxes, charts and imagery; creating a layered, highly visual, look. The graphics also, uniquely, work to recast the studio shape, adding interesting angles to the space and making it appear larger on-air.