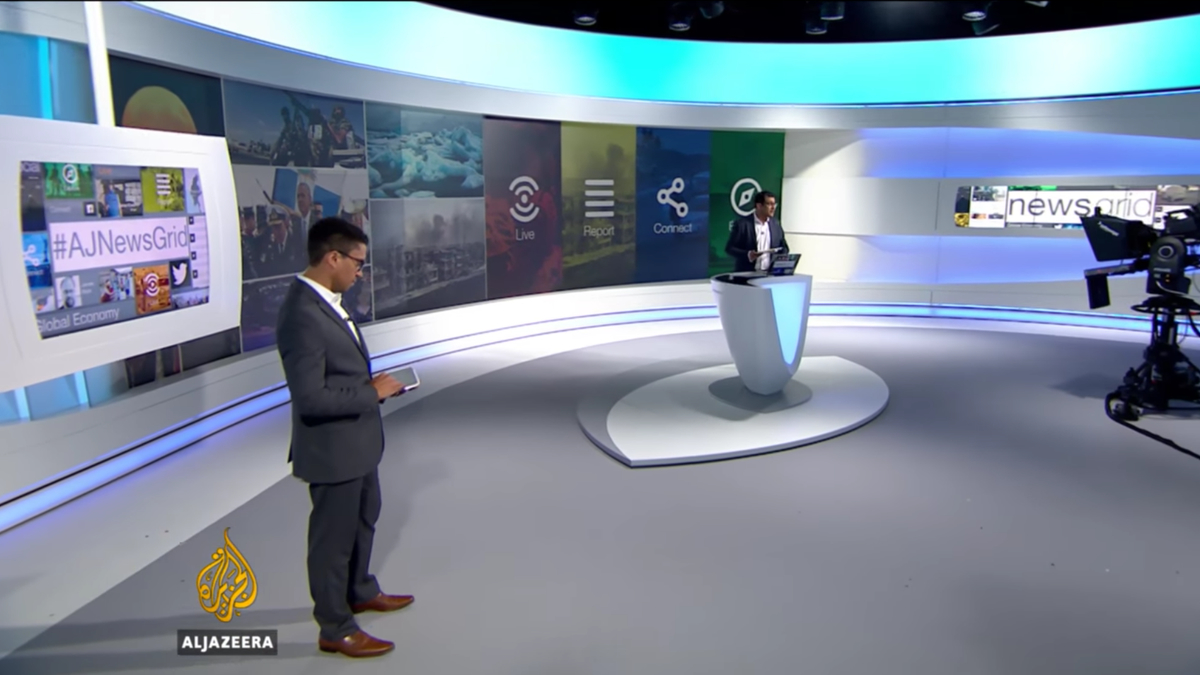 Marking its tenth anniversary this week, Al Jazeera English took the occasion to launch a new its “interactive news hour.”

Dubbed ‘NewsGrid,’ the show works to engage viewers as it covers stories from around the world, both on and off the “grid,” and is hosted by Kamahl Santamaria. “NewsGrid” transmits from the newly opened Studio 14 at the networks broadcast facility in Doha, which is shared with a morning show on Al Jazeera Arabic, making use of large windows looking out into the courtyard. Earlier this month, Al Jazeera Arabic celebrated its 20th anniversary as well, debuting an expansive newsroom studio with the latest in LED technology and storytelling tools, part of a major upgrade from Veech X Veech that included multiple new studios and an expansion of the broadcasters building.

During the show, Santamaria works to “report, connect and explore,” using the large curved LED wall for many segments and tosses, with grids of text, social streams and imagery leading into stories. Experts and reporters are also brought into the interactive newscast via Skype, with live social reactions show on screen during segments. The show also streams live on Facebook and aljazeera.com. The program also has a “live wall” that displays feeds from around the globe, similar to the original “Situation Room” on CNN.