6 sets that use repeating elements to create visual interest 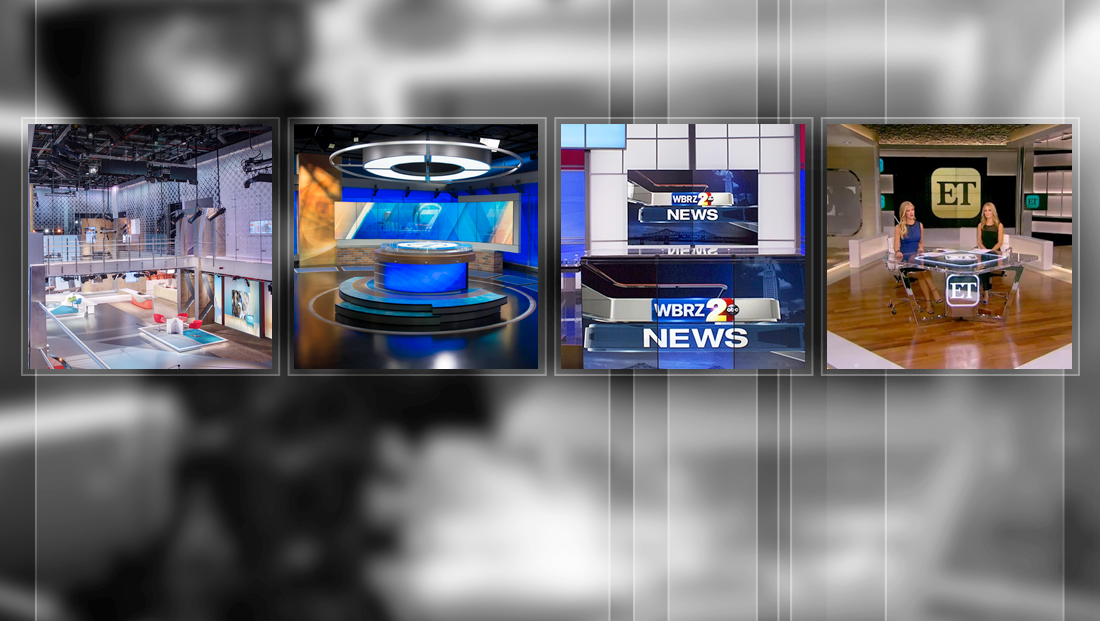 The set for KETV in Omaha, Nebraska, from Devlin Design Group, actually has two interesting repeating patterns that meld together — circles and train tracks. The latter is taken from the station’s headquarters in a restored historic train station. Combining these two elements, in the form of the rounded anchor, ceiling element and layout is also a nod to the station’s “Circle 7” logo, while the segmented curved floor accents are a reference to train tracks.