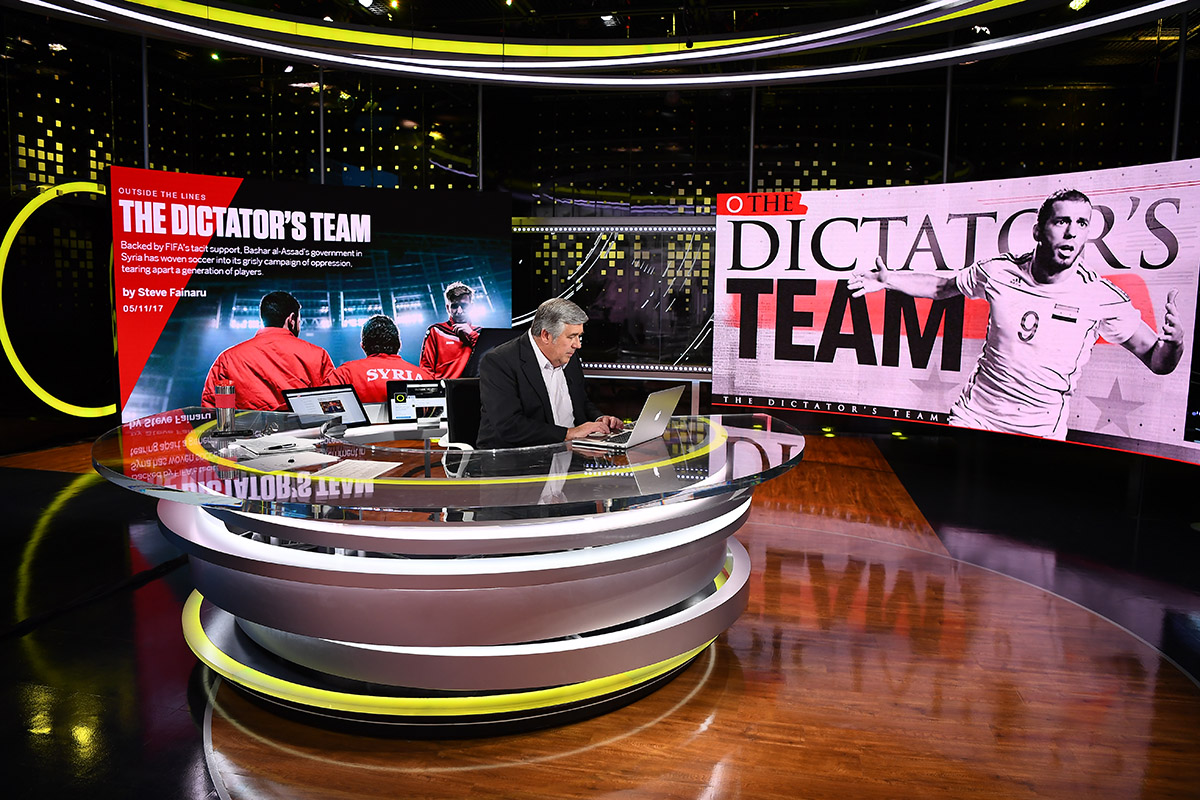 ESPN’s “Outside the Lines” with Bob Ley put storytelling at the heart of its brand Monday with the show’s relaunch from Digital Center 2, a new permanent home. The update coincides with the reimaging of “E:60,” which shares the new Studio Z.

“ESPN has long sought after a home-base where Bob Ley can provide in-depth storytelling wrapped in a powerful visual language supported by inspiring photography and video,” said Dan Cunningham, creative director at ESPN.

The new scenic, from Clickspring Design, follows a circular theme which is embodied in the studio’s desk and headers. Tracking video wall technology from AV Design Services and DesignLED combined for a 180-degree desk allow for flexibility in storytelling.

The studio’s displays can act as one or follow the curve of the space to create three separate presentation points along with a primary fixed display. Bob Ley on the set of “Outside the Lines,” Photos by Joe Faraoni / ESPN Images

“To have Studio Z built to our exact specs, bringing to life the enormous creative power of our studio and graphics design team, representing the wishes of our producers and hosts, researchers and directors, is a tremendous advantage for us. The studio and sets have been fashioned to be the home of storytelling on ESPN for a long time,” said Andy Tennant, EP of “E:60” and “Outside the Lines.”

Through the use of robotic PTZ cameras, including one mounted to the grid, a variety of unique shots can be achieved during the shows, along with the usage of augmented reality graphics.

Fabrication was handled by Mystic Scenic Studios with lighting design by ESPN.

New motion graphics celebrating Ley’s work as a reporter and theme music from Man Made also debuted alongside the studio update.