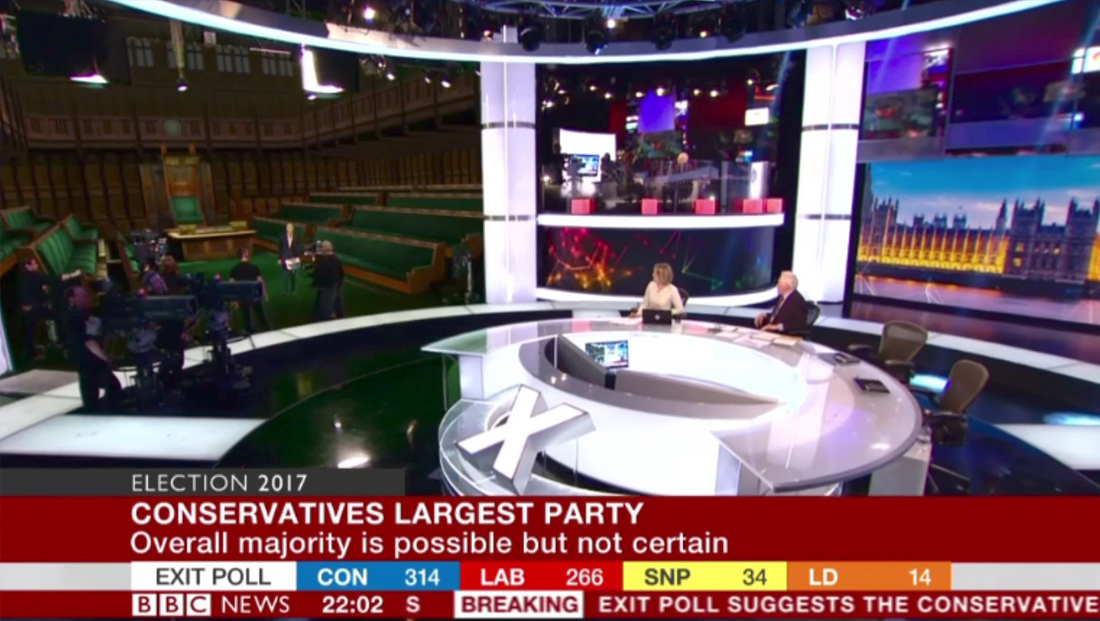 “We use a lot of virtual reality,” said Gerry Belec, director, operations and technology, Global News, Corus Entertainment in a statement, “but this was our first time using a Mo-Sys system. On this election night, our high-end cameras and jib were already being used, so we were left with some rather outdated equipment. It gave our older equipment new life. We learned that any camera or set can become virtual or augmented. This equipment used to be so specialized. We created a temporary virtual set environment with legacy gear for a great price. Track by putting stickers on the ceiling, and any place is virtual.”

Belec adds that they took delivery just a couple of days before the May 9 election, and the Mo-Sys team worked remotely from the UK to walk them through set up and support questions as they came up. “We were all very impressed with their level of support,” he said. “They’re really on the ball over there.”

For the BBC, this marks the fourth live election event the network has employed StarTracker as its camera tracking system of choice. BBC News ordered three StarTracker systems for its general election coverage June 8. “It’s our approach to camera motion tracking that continually keeps us a step ahead of competitive systems,” said Michael Geissler, CEO, Mo-Sys Engineering in the statement. “We were the first to use reflective stickers as ‘stars,’ and StarTracker was purpose built for virtual studio camera tracking. We’ve simplified motion tracking to where it’s as easy as switching on a light, and we’ve brought the cost way down. We’ve created an easy-to-use, robust system that provides the foundation for tremendous creativity.”

Geissler reports that R&D at Mo-Sys is non-stop, with a number of industry-first innovations set to make their debut at IBC 2017 in Amsterdam this September: “We’re always creating something new. We’re committed to staying one innovation, one step ahead of everyone else.”